Most Malaysian employers plan to only offer modest salary hikes of three to six percent this year, amid concerns of economic slowdown, a survey by recruitment firm Hays Asia found.

“Employers are telling us they expect skills shortage to be a challenge this year and while this will only add to salary pressures, we expect most employers to still keep salaries in check.

“To fill the shortages, Malaysian employers will need to focus more attention on other strategies such as training and development and remaining open to recruiting from overseas,” she said in a statement today.

As such, she advised employees to give more weight to other benefits, like long-term career development, before pitching for higher salary this year.

Four percent of employers surveyed said they do not plan to make salary adjustments.

This is modest compared to China, where 60 percent of employers plan to raise salaries by six to 10 percent.

The survey was conducted on 3,000 employers, who hire six million workers in Malaysia, Hong Kong, Singapore, China and Japan. 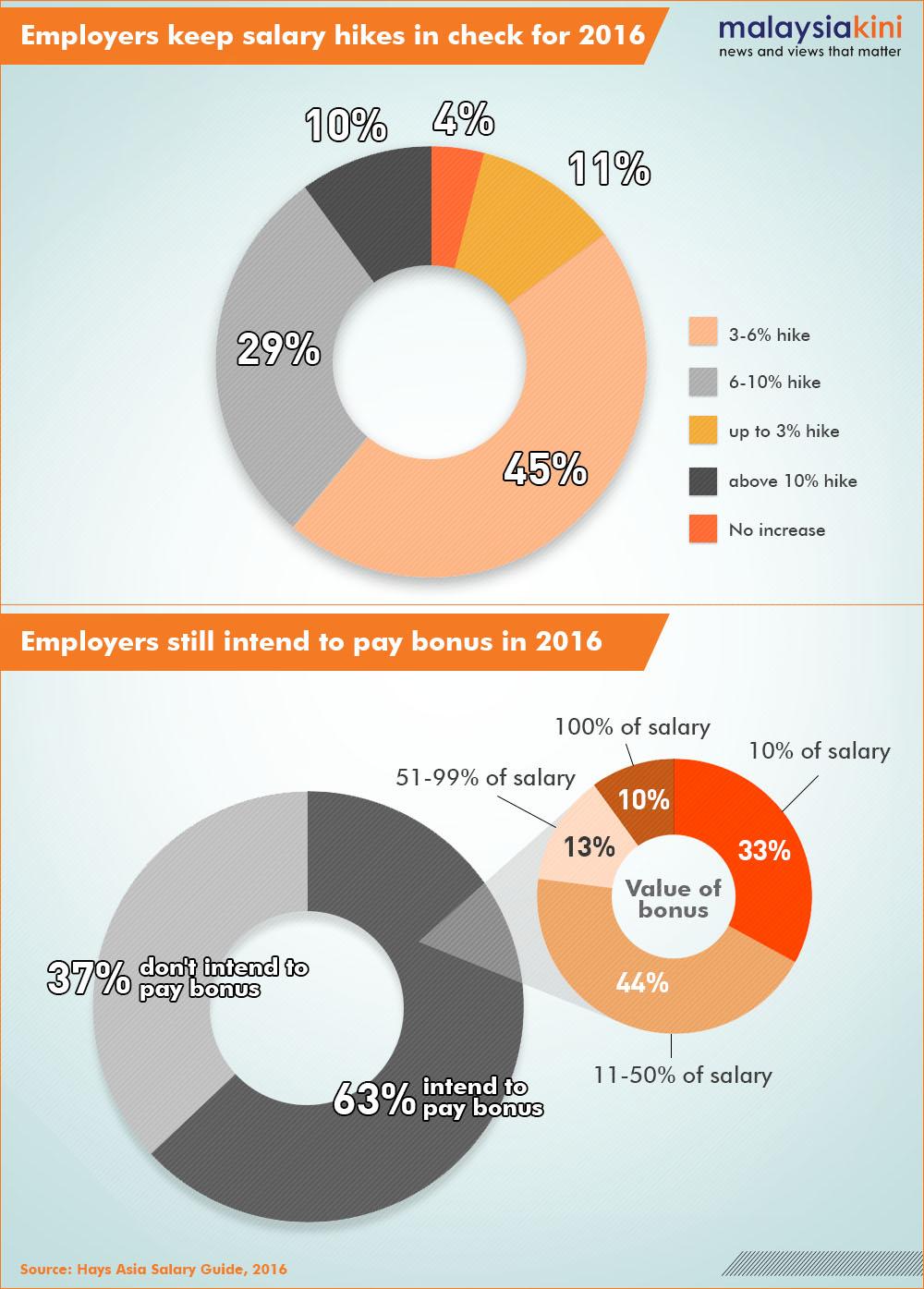 More fortunate employees employed by 13 percent of those surveyed can expect a performance bonus of 51 to 99 percent of their salaries.

A total 10 percent surveyed said they expect to pay their staff the full value of their salaries, in performance bonus.