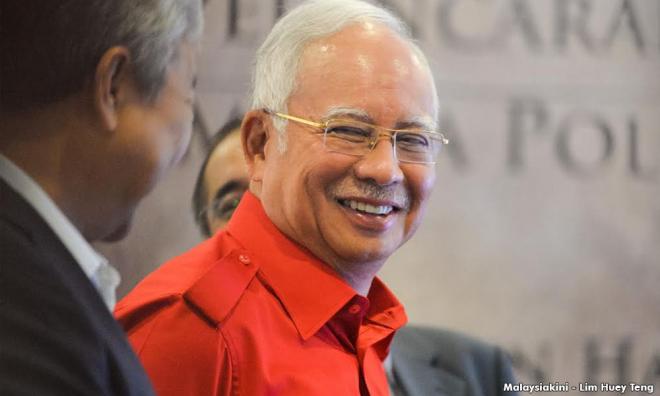 "In its finding through the investigation paper sent to AG's Chamber, (it) did not show that the prime minister has committed any corruption," Minister in the Prime Minister's Department Azalina Othman Said said in a parliamentary written reply yesterday.

"Based on Article 145(3) of the Federal Constitution, the attorney-general Apandi Ali has full discretion to decide whether or not to bring a case to court for prosecution."

On another question by Dr Ko Chung Sen (DAP-Kampar) whether there was a conflict of interest when Apandi handled Najib's RM2.6 billion case, Azalina replied that the case was probed by MACC, not the Attorney-General's Chambers.

The MACC had investigated deposits of RM42 million from state-owned SRC International and RM2.6 billion from an offshore company into Najib's personal bank accounts.

Attorney-general Mohamed Apandi Ali accepted Najib's explanation that the RM2.6 billion was a political donation from the Middle East in clearing the prime minister of wrongdoing.

As for the SRC International deposit, Apandi claimed Najib had no knowledge the money went into his personal accounts in justifying his decision not to prosecute.

However, the MACC's operations review panel had recommended that the commission engaged Apandi on his refusal to prosecute.