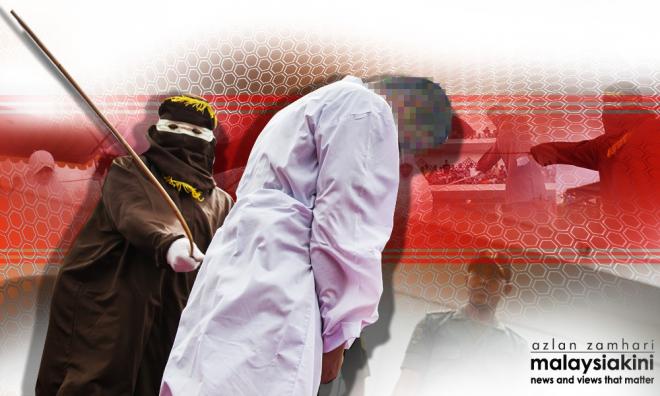 The DAP women’s wing has condemned the proposal by a PAS Kelantan assemblyperson to carry out public caning for those who are guilty of adultery.

“The proposal has widely diverted from the struggle to uphold justice and fight corruption and abuse of power by the authorities,” said two DAP women leaders in a statement today.

“The proposal has shocked many especially when it was uttered right after the International Women’s Day on March 8,” the DAP women added.

They were referring to Tawang assemblyperson Hassan Mohamood who proposed that public caning be imposed on the crime of adultery.

He made this suggestion on Tuesday during the Kelantan state legislative assembly proceeding.

Kasthuri said PAS appears to be trying to divert public attention from important current issues to those which are “irrelevant to their agenda”.

Kelantan Deputy Menteri Besar Mohd Amar Abdullah had cited the punishment in Aceh, Indonesia, using it as an example of the “modus operandi” against the crime of adultery and khalwat (close proximity).

“Public caning for adultery, khalwat and alcohol consumption in Aceh is are very extreme examples which does not take into consideration the multiracial nature of society,” said Kasthuri.

“This is set against cases of rape where the rapist are freed as the victim cannot bring forward four witnesses,” said the national publicity secretary of the DAP’s women’s wing.

“So the question is, where is the justice for the victims of rape? Shouldn't that be given the justice they deserve? How about the perpetrators?” she asked.

Syerleena said lately PAS has been issuing statements to undermine the rights, position and role of women in politics, which are insulting to women.

“Why is there this unhealthy obsession which is imposed on via their moral policing which are targeted at women?” asked the Penang Island City Councillor.

“With such regressive perception, can PAS ensure that the spirit of justice and democracy in Islam be upheld loyally in the judiciary process, especially when it comes to sensitive cases like this?” queried the political education director of the DAP’s women’s wing.