The reply also stated the most numbers of workers retrenched in 2015 were from the finance, insurance and takaful sectors with 17,628 workers let go.

This was in answer to an oral question from DAP's Cheras MP Tan Kok Wai on the number of workers let go in various industries for the last three years, due to economic uncertainty and oversupply.

According to the reply, a total of 38,499 workers were retrenched in 2015, inclusive of normal retrenchments as well as those let go via voluntary severance schemes. 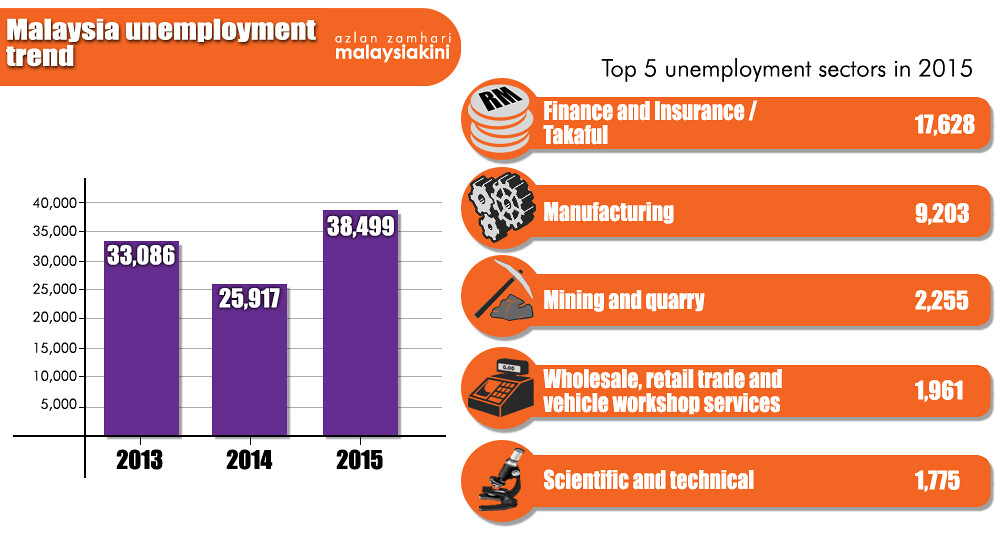 However the minister argued that the retrenchment figure for January 2016 was at only 5,009, a significant drop from 9,986 in November last year and 5,758 in December, which showed that the situation was improving along with the economy.

The falling price of oil in the last few years saw a devastating impact on the net-oil exporting Malaysian economy, while the departure of foreign players in the manufacturing sector left huge gaps in employment.

The minister's reply highlighted the impact of economic uncertainty on the Malaysian workforce as unemployment continues to rise due to retrenchments.