COMMENT World Water Day is celebrated on March 22 every year. It is to mark the importance of water to human civilisation and nature. It is part of Decade for Water (2005-2015) activity by the United Nations.

This annual celebration will continue, but how far has Malaysia gone after a decade?

Failure to protect water catchments has begun to show its impact in many states. Rampant logging and change in land use are taking their toll on the security of raw water. Change in land use and raw water fall under the jurisdiction of state governments.

With increasing population and economic activities to support a growing nation, we will need to secure more water resources and reclaim some of the polluted resources. Why are we going on the reverse?

In a national level survey conducted by Awer (using Department of Statistics sampling methodology), 72.86 percent of Malaysians supported Awer's suggestion to remove the power of state governments over water resources and place it directly under Parliament, if state governments fail to protect water catchment areas.

This shows that Malaysians will definitely support the move to prevent water crises and higher tariffs, which are directly associated with failure in protecting water catchment areas.

Based on current problems associated to water resources and water catchment areas, if a national referendum is called, the state governments will lose its power over water resources. Do we really need to go for a referendum to protect the needs of our future generations? 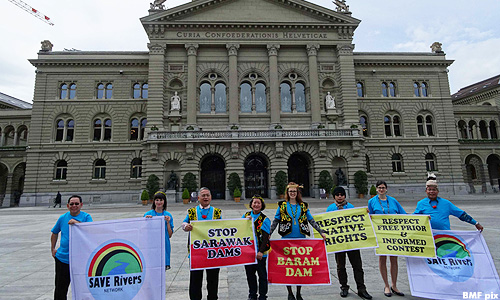 Lately, water catchments seem to have to give way for highways even! Preposterous. Building more highways does not reduce but worsens traffic congestion.

For a developed state begging for more raw water from other states, degazetting protected water catchment areas is suicidal. All states need to protect more areas as water catchments and not reduce them.

Densely populated areas will pose higher pollution loading to our rivers. Strategically, more pre-treatment facilities should be developed to ensure the river water quality can be improved over time.

The Department of Environment (DOE) must study wastewater discharge standard based on the pollution loading factor.

If a river has higher pollution loading due to high human activities (including industrial and commercial activities), stricter wastewater discharge standards should be imposed.

This is due to the inability of the river to dilute the pollution loading. Environmental protection needs a paradigm shift. We need to stop the fire fighting attitude and move towards preventive attitudes.

If the DOE had been proactive, Pahang's bauxite episode would not have taken place. Has DOE published any environmental impact from the bauxite activity in Pahang, including contamination of groundwater, surface water, seawater as well as flora and fauna in affected areas?

The Trans-Pacific Partnership Agreement (TPPA) signed by Malaysia requires a DOE that is far more proactive, compared to what it is now.

Congratulations to the Energy, Green Technology and Water Ministry for continuing its legacy of delaying NWSIR which is supposed to be completed by the Ninth Malaysia Plan period.

Many of the important steps outlined in NWSIR are now postponed to the 11th Malaysia Plan. Do we need to prepare for postponement to the 12th Malaysia Plan?

Delay in implementing the NWSIR will have huge financial and operational implications to our water services industry.

The water services industry includes water treatment, water supply and sewerage services. Mind you, all the additional costs due to delays will be passed on to the water tariff. Yes, the consumers will have to pay for the cost of delay!

Planning for floods and dry seasons

Ad hoc responses to flood and dry seasons are becoming more frequent. The solution to the flood problem is simple: if you remove what nature does, you must mimic it with man-made technological solutions.

If housing projects need flood water retention ponds, why do we need to "close one eye" for the plantation sector? Till date, there is no full analysis on flood mitigation projects and its effectiveness. This includes how many such projects failed due to land use change by state governments. 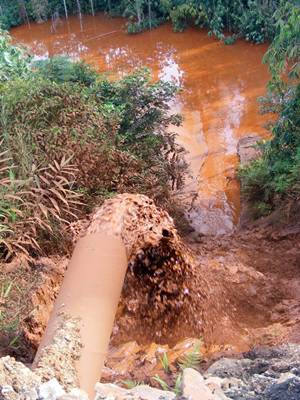 Are we so clueless, even with all these technologies at our disposal to do the right thing? Do we need a total revamp of human capital that is employed? There are many solutions available, starting from protection of water catchment areas as well as usage of treated effluents (sewerage services) to managing water demand.

Will these issues continue to haunt Malaysia after a few more decades? Some of the solutions have been put forward, but the responses to the problems are still ad hoc.

Now, this year’s World Water Day's theme is ‘Water and Jobs’. All economic activities are dependent on water in one way or another. If we fail to secure our water needs, the consequences will be severe.

This includes losing jobs. Water rationing in the Klang Valley back in 2014 should have given a glimpse of how water affects our daily life. Kelantan was badly hit by floods at the end of 2014 and the lack of treated water also showed all of us the importance of water during a crisis.

Every step we take now is a building block for a better future for the next generation. As the Malay saying goes, "Berakit-rakit ke hulu, berenang-renang ke tepian, bersakit-sakit dahulu, bersenang-senang kemudian".

In a natural catastrophe, the environment prevails as it has withstood many such catastrophes. Unfortunately, the inhabitants are lost.

PIARAPAKARAN S is president of the Association of Water and Energy Research Malaysia (Awer).