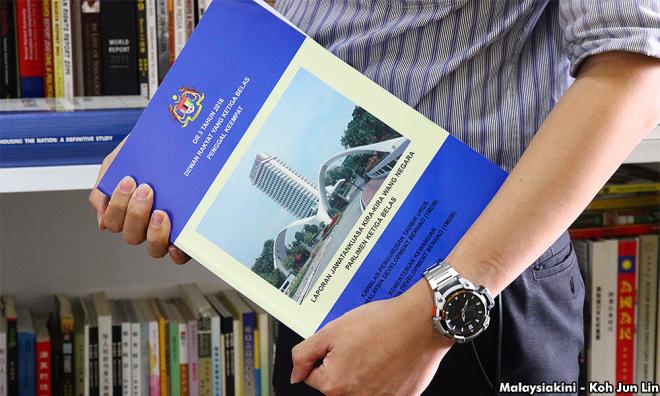 Opposition MPs on the Public Accounts Committee have rejected the statement of their chairperson Hasan Ariffin, who said the PAC found no evidence of wrongdoing, nor did money go missing from 1MDB.

Instead, the PAC members said, the report shows that billions of ringgit have flowed out from 1MDB and were unaccounted for.

“As such, we urged the PAC chairperson to retract his statements because they are baseless, misrepresent PAC’s views and are lies.

“We hope the PAC chairperson is not abusing his position as the head of a parliamentary committee for the BN and PM Najib Abdul Razak’s political interests,” the MPs said.

They said PAC’s findings, which are different from what Hasan has claimed this to be, was based on the Auditor-General’s Report.

The audit report was classified at the time of its proceedings in order to avoid leaks but convention holds that it be tabled in Parliament, alongside the PAC report.

“We are shocked and disappointed that the Auditor-General’s Report was not tabled in Parliament, alongside the PAC report on 1MDB, as it should be,” they said in a statement.

Hasan never raised the possibility of keeping the Auditor-General’s Report classified after the PAC report was released, they said.

Hasan, too, had said the audit report is only classified until the PAC report is tabled while Auditor-General Ambrin Buang had left it to the PAC’s discretion, they said.

'No need to hide information' 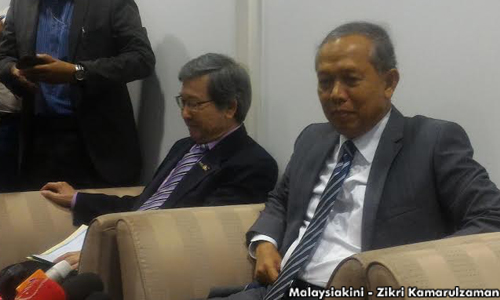 They also refuted the claim by Hasan ( on right in photo ) that there is no evidence of embezzlement or wrongdoing, or that any of 1MDB’s funds were “missing”.

“Instead, the auditor-general and PAC found many questionable and suspicious transactions, amounting to billions of ringgit, to foreign firms of which the ownerships are unverified, including Good Star Ltd and Aabar Investment PJS Ltd.

“PAC wants the police to investigate because 1MDB and the Finance Ministry could not provide bank statements of 1MDB’s overseas accounts and documents to verify ownership of these foreign firms,” they said.

They said a total of US$7 billion of 1MDB cash and liquid assets could not be verified.

“This raises concern that 1MDB’s cash and ‘investment’ of US$7 billion disappeared without a trace,” the Opposition PAC members added.