OBITUARY | Said Zahari was 23 when he joined the Utusan Melayu and the struggle for press freedom and for independence. He was 34 when he became president of the Parti Rakyat Singapura (PRS) and took up the leadership to forge a multi-racial progressive political force. The same night he was elected president of the PRS, he was detained under the Preservation of Public Security Ordinance, later to be renamed the Internal Security Act (ISA).

He was 51 before he was released from incarceration, and 73 when he finally chronicled his life’s tumultuous path in order ‘to tell the other side of the story’ in his memoirs, Meniti Lautan Gelora ( Dark Clouds at Dawn ). As we mark his passing on Tuesday, it is sobering to reflect that after well over half a century, the three darkest clouds which hovered persistently over Said’s life have not yet dispersed.

The press still remains fettered by legal constraints and political constrictions - indeed, the Malaysian government is considering further tightening various relevant laws. The Pakatan Rakyat once offered hope for the emergence of a multi-ethnic political coalition championing the democratic cause, but self-destructed in the face of the ruling coalition’s own decline. The ISA continues to cast its insidious shadow over the lives of those who would stand up for justice and freedom.

In an old interview, Said once pondered the parallels between the past and the present. Said signed on as a reporter with Utusan Melayu in 1951, “when the spirit of struggle against imperialism was so high”, he recalled. "To work for the Utusan Melayu at that time was to work for my people and my country."

Imbued with this strong sense of mission, the journalists were prepared to stand their ground whenever the colonial government attempted to curb their freedom of expression. It was with a sense of pride that they exposed attempts by British colonial officers to intimidate them. It thus came as a great shock when, after independence, Tunku Abdul Rahman’s government seemed equally bent on bringing the press under its control. 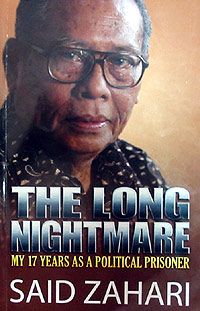 The Utusan Melayu was accused of unfair coverage of government news and giving too much prominence to the opposition parties. When these allegations were refuted at a face-to-face meeting, Tunku resorted to inviting Yusof Ishak, then editor-in-chief of Utusan Melayu and later, the first President of Singapore, to his residence to have ‘breakfast’ with him.

“At each of their ‘breakfast’ sessions, Tunku criticised and condemned Yusof Ishak. After attending many such ‘breakfast’ sessions with Tunku, refuting the criticisms and baseless allegations, there came a time when Yusof Ishak’s inner resistance and patience were tested to the hilt,” relates Said in his memoirs.

Yusof Ishak felt he ‘no longer had the strength to fight this blight’ and resigned from the Utusan Melayu , but the onslaught from the government continued, with new directives from Tunku, constant haranguing by Umno ministers, the takeover of the Utusan Melayu board of directors by Umno stalwarts, and finally, a ‘four-pronged policy’ that effectively spelt the end of discretion and autonomy for the editors and journalists.

The editorial staff of Utusan Melayu responded to the ‘four-pronged policy’ by mounting a tenacious strike that lasted exactly four months, from July 21 to Oct 21, 1961. It was the peak of a spirited fight for press freedom, but its crushing also brought an end to Utusan Melayu ’s role as a firm, independent newspaper. Further, it brought an order by Tunku, permanently banning Said from entering Malaya - an order that was not rescinded until 1989.

In recounting these events, Said observed that political interference in journalism was not new. What is regrettable is that whereas in his days, the editors took the lead in resisting such meddling, the task is now left to the rank-and-file journalists while the editors are not adverse to taking orders from their political masters.

However, he was much encouraged by the memorandum by 581 journalists to then Deputy Prime Minister Abdullah Ahmad Badawi on World Press Freedom Day 1999 calling for the repeal of the Printing Presses and Publications Act, which to him represented the first collective action to revive press freedom. Said continued to abide by the tenet that journalists are obliged to report the truth, expose untruths and maintain intellectual honesty.

Dark Clouds at Dawn is also, in part, a history of Singapore because of Said’s integral role in that history. But it is written from a perspective few were privy to as those who shared that point of view were rounded up and put away in a single swoop - the Operation Cold Storage of Feb 2, 1963 in which more than a hundred political leaders, trade unionists, student activists, community leaders and journalists opposed to the Lee Kuan Yew regime were thrown into prison for years, without trial.

The wide arrests effectively paralysed the Barisan Sosialis, the Parti Rakyat, university student unions and other mass organisations which questioned the motives behind the formation of Malaysia and also the political agenda of Lee Kuan Yew’s Peoples’ Action Party (PAP).

Said’s memoirs recounted the ideological and political struggles preceding the independence of Singapore through its merger with Malaya - a struggle over who should represent the people of Singapore and how and whose interests they should defend - a struggle that Lee Kuan Yew terminated by throwing all his rivals in jail.

However, the political differences were not limited to those between the left-wing and the PAP. Within the left, a number of issues and stances hindered the forging of an effective multi-ethnic united front. The strong advocation of ‘Peking-oriented socialist ideology’ by a few Chinese members within the PRS alienated Malay members who regarded it as a deviation from the ‘socio-democratic nationalism’ which was the founding ideology of the party. 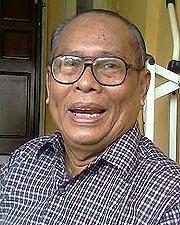 Said felt strongly that the PRS needed a strong and principled leader who could win over the Malays and, at the same time, assure the Chinese that the leadership would not espouse ‘a narrow and anti-Chinese Malay nationalism’. Unfortunately, his dream of restructuring the PRS along these lines were dashed with his imprisonment.

Said surmises, nonetheless, that lessons can be drawn from the failures of the past to benefit the present. One failing of the Socialist Front and the Parti Rakyat was that although there were close relations among the leaders from the different ethnic communities - as with Said’s intimidate friendship with Lim Chin Siong, MK Rajakumar, etc - at the rank-and-file level, the parties remained largely separate ethnic entities.

Further, although the parties could agree on broad issues of upholding social justice, eliminating oppression and the struggle for independence; questions of language, culture and religion were more difficult to reach a consensus on. Similar problems afflicted the Putera-AMCJA and the Socialist Front’s attempts at coalition-building in Malaya.

Said’s account of his arrest and detention arouses the uncanny feeling of how little has changed in the police tactics of long hours of interrogation, sleep deprivation, subjecting the detainee to the full-blast of the air-condition and other forms of physical abuse, attempts to extract confessions by claiming betrayal by other detainees and even threats of a staged shooting.

Later ISA detainees were similarly disoriented by solitary confinement and being held without communication with anyone except their captors - leaving them in a vulnerable state to be abused and manipulated.

Detention without trial allows the powers-that-be to dispose of those that stand in their way without solid proof or grounds. In Said’s case, the charges against him were not even consistent over the years. Although he was initially alleged to have been ‘an intelligence agent of a foreign power’, this charge was subsequently dropped. Sixteen years later, however, he was accused of having ‘refused to renounce violence as a political instrument’ when no such charge had been laid against him previously.

Even though one of the key charges against him was his opposition to the Singapore-Malaysia merger, he remained incarcerated when Singapore was expelled from the federation. Also, Lee Kuan Yew did not make a single reference to Said in his memoirs. If Said was such a big national threat as to warrant a 17-year detention, why was he not even worthy of a mention in Lee Kuan Yew’s memoir? 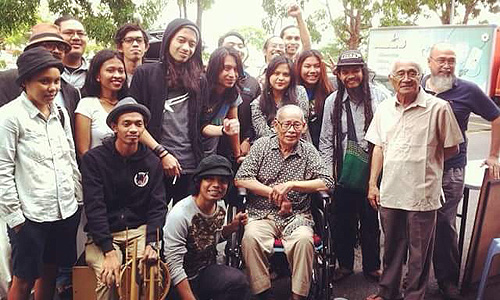 All these are but testimony to the fact that the ISA has been a convenient tool for the authorities to lock away those who are ‘inconvenient’ to them - which is why both the Singapore and Malaysian government have so vehemently resisted repealing the Act.

Despite the gruelling experiences they endured for years, detainees’ memoirs of their years behind bars are always filled with remarkable accounts of how they sought to fashion an ordinary life out of their far from ordinary circumstances - and Said’s is no exception. Organising language classes, cultivating their own vegetable plots, cooking meals for one another, engaging in debates allowed the days to pass faster, and Said could even allude to them as ‘happy times’.

But the solitude and loneliness of the long nights were a different matter. The pining for long-separated loved ones conspire with sleeplessness to make the darkness of the night drag on endlessly. The emotional turmoil became unbearable at points when crisis struck the family, as when Said’s wife, Salamah, had to undergo a mastectomy.

Said’s poignant descriptions of those moments of anxiety and of his ailing mother’s fear that she might not live long enough to see him released, strikes home the cruelty of the ISA.

Indeed, Puan Asmah breathed her last while her son was still interned. But Said, like many detainees before and after him, have emerged from his agonising confinement with his commitment, beliefs, principles and humour intact - a testament to his strength of character.

TAN PEK LENG was a journalist in the mainstream media in the mid-1980s when there was a brief spell of relative press freedom. She then turned to academia and subsequently engaged in policy research.

Read more from this author :
Tan Pek Leng
Read more like this :
#
View Comments
Most Read
Most Commented
Most Recent