S'WAK POLLS The disappointment over the lack of change in the constituency of Ba'kelalan is as widespread as it is palpable.

Perhaps sensing it, incumbent Baru Bian, the Sarawak PKR chief, is appealing to the religious sentiment of the evangelical Christians who make up 90 percent of the 7,375 registered voters.

The 58-year-old lawyer presents himself as "fair, clean and God-fearing" while telling the deeply religious Lun Bawang community of his efforts to settle native customary rights land issues.

But the people do not seem to be impressed. Whatever his good intentions and however hard he has worked, he has not delivered on his promises, according to the locals who yearn for development in their area.

In 2011, the controversy over the seizure of bibles using the word 'Allah' helped Bian to beat his 43-year-old nephew Willie Liau of BN by 473 votes.

There is no controversy this time, and Liau, also a lawyer, is driving home the point that you have to be with the government to get things done. 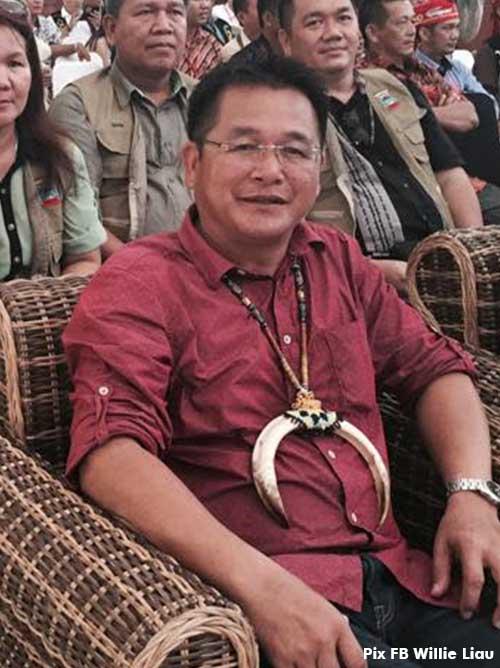 Liau (photo), from PBDS, reports "very positive" response to dialogue sessions he has held, all pointing to a "ground shift" in his rematch against his uncle.

The views of Kampung Long Muda headman Yudan Meru are typical, and they concerned the failure of the opposition to provide amenities like good roads, electricity and clean water supply.

"Baru is a good man, but he is standing on the wrong platform. He is our brother but if he wins, it will be the same story... the people will suffer – until when?" the 60-year-old said. "Willie is strong. I hope he wins big in Ba'Kelalan."

He is sure that a BN representative can get the government to provide a good road, develop the agro-tourism industry besides encouraging the commercial cultivation of temperate fruits like apple, strawberry and grapes as well as organic vegetables.

Penghulu Sigar Sultan, 68, who is in charge of 13 villages in Ba'Kelalan, said: "It is our intention to return to BN. We want development which has been neglected for five years."

Buffalo breeder and padi farmer Marcus Labo, 41, said the failure of the opposition to fulfil its election pledges had caused hardship to the people, who now wanted to be active participants in the initiatives of Chief Minister Adenan Satem to prosper the people and the state and protect their rights.

"Baru has done nothing. If you make promises, you must fulfil them," he said.

Just recently, BN gave a sampling of what it could do for the people of Ba'Kelalan: The Communications and Multimedia Ministry installed a telecommunications tower in cooperation with a local telco that enables them to access the outside world.