It seems the dust is not going to settle anytime soon for legendary Malay warrior Hang Tuah.

His existence and lineage have been the subject of intense debate not only in academia but also in the popular realm.

And with the launch of a new book by Universiti Malaya’s Emeritus Professor Ahmat Adam, it would seem that even his name has been mispronounced for at least two centuries.

A historian by training, Ahmat told Malaysiakini that while this finding might not rest easy on some people, the laksamana’s name has to be set right.

“Malaysians have mispronounced ‘Hang Tuah’ for 200 years and it might be difficult for them to accept something new - that’s human nature - but we have to correct history,” he said in an interview after the launch yesterday. 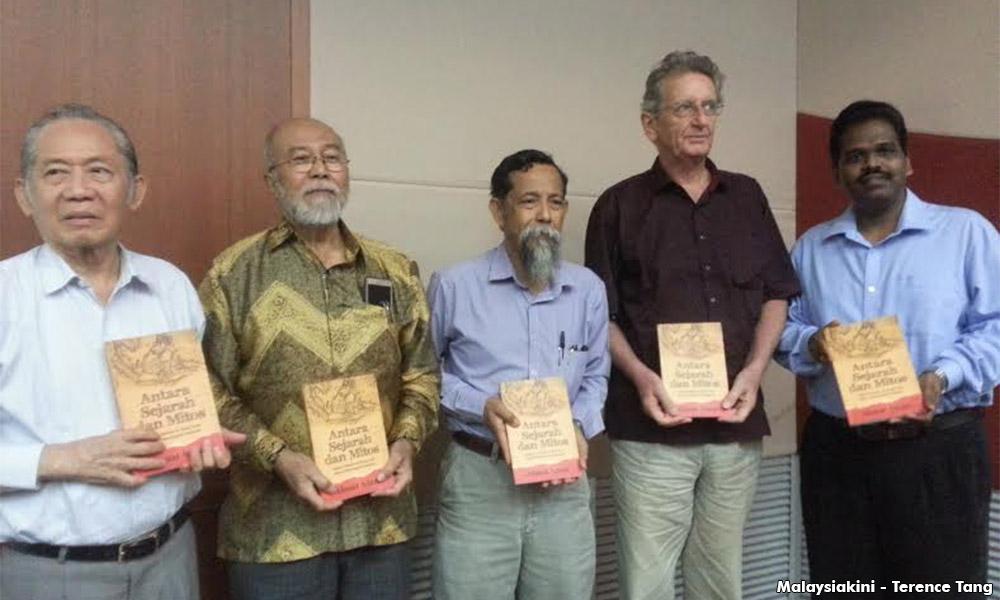 “By applying philological methods, we have attained fresh evidence regarding this matter (on Hang Tuah’s name) from the old Javanese and Malay languages,” he explained.

Philology is the study of language, using a combination of literary criticism, history and linguistics, in written historical sources.

A key indicator lies in the word ‘tuah’ itself, said the don.

“The word ‘tuah’ did not exist during the 17th century. The word used for ‘fortune’ then was pronounced “bahgia” or “baghe”. Therefore, we can’t neglect the importance of old Javanese or Malay (in helping us come to this conclusion),” Ahmat explained.

Fellow professor Henri Chambert-Loir, one of the panel speakers at the launch, explained the origins behind the ‘wrong’ name.

“According to the evidence unveiled from archaic Malay and Javanese languages, the name ‘Hang Tuah’ was meant to be pronounced as ‘Hang Tu-ha’ or ‘Hang Toh’,” Chambert-Loir said during his one-hour commentary of Ahmat’s book.

Universiti Malaya’s Faculty of Arts and Social Sciences, the venue for the launch, was packed with university students, faculty staff, academicians, and journalists.

Read more from this author :
Terence Tang
Read more like this :
#
View Comments
Most Read
Most Commented
Most Recent