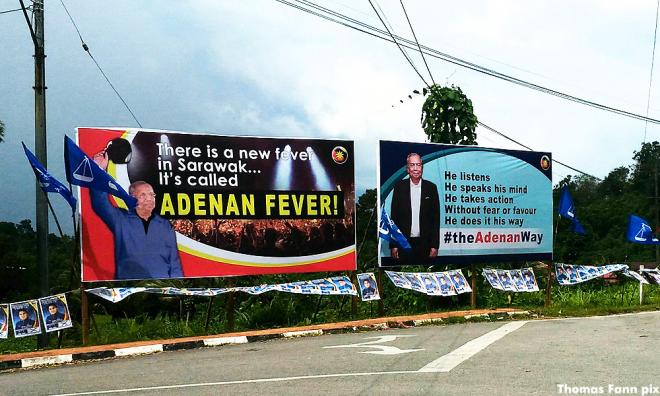 Be wary of the new Sarawak fever - the Adenan Fever

COMMENT If you are in Sarawak right now, during this period of campaigning for the state election, it would be quite obvious that the BN strategists have decided to ride on Chief Minister Adenan Satem's brand name, the same way they rode on Prime Minister Najib Abdul Razak's during the 13th general election.

You would be forgiven if you thought that it was a US-style presidential election that is taking place. Everywhere you go you see huge billboards at every street junction, declaring Adenan this, Adenan that. You have Team Adenan, The Adenan Way and even The Adenan Fever!

The man has shrewdly moved away from the big black shadow of his predecessor, Abdul Taib Mahmud, who retired from office as one of the most reviled men in Malaysia for his excessive corruption. It is easy to love someone when he seems to act and talk differently from someone as tainted as Taib Mahmud.

Adenan branded himself as a reformer, a Mr Clean, a straight-talker and a defender of Sarawakians. But is he? The way he is conducting himself during this election alone should be a warning to Sarawakians that Adenan is not what he makes himself out to be.

These are some of the reasons why all Sarawakians should be wary of the Adenan Fever. 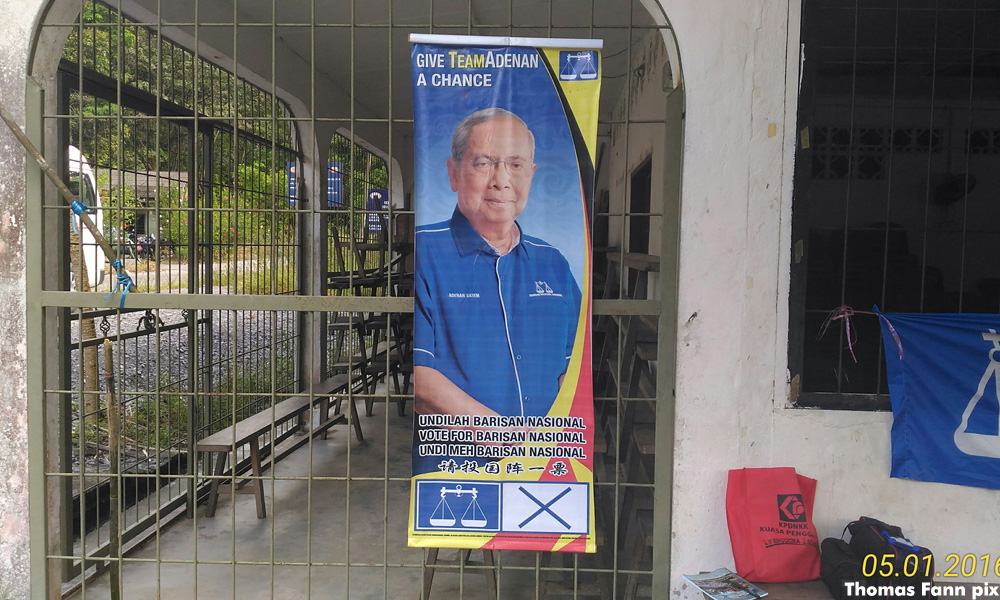 When you have lawmakers who are willing to break the law, then you have people who think they are above the law. To them, the law is a big stick they use to keep the rest of us in line.

Adenan is no reformer. He is no Bernie Sanders, Jokowi Widodo or Aung Sang Suu Kyi. He was the special adviser to Taib Mahmud and part of Taib’s inner circle for decades. How can he be a reformer overnight and a defender of Sarawakians when he is part of the same BN regime that has been, and still is, plundering the wealth of Sarawak?

Yes, as those big billboards in Sarawak declared, “There is a new fever in Sarawak and it's called the Adenan Fever.” That should be a warning sign that the second poorest state in Malaysia is about to be duped, again, into giving this man a big mandate.

Remember that the real Team Adenan are people like Najib Razak and Taib Mahmud, to whom Adenan openly admits he is very close to and enjoys good working relationships with. Just like how Najib was the poster boy of BN during GE13, Adenan may show his true colours soon after the election.

A fever is an indicator of a problem, a blood infection in the body. And we should be very wary of the Adenan Fever: it may kill us!