Despite the heavy losses suffered by the opposition in the Sarawak election, DAP parliamentary leader Lim Kit Siang said today by-elections in Sungai Besar and Kuala Kangsar would be a more reliable indicator of Prime Minister Najib Abdul Razak's fate in the 14th general election.

Describing Communications and Multimedia Minister Salleh Said Keruak's statement that the Sarawak election shows that BN can win in the next general election as "wide off the mark", Lim said Najib was right in saying BN's victory was due to "Sarawakians' confidence in Chief Minister Adenan Satem's leadership".

"This is a very different matter from Sarawakians' confidence in Najib's leadership, despite Najib's hijacking of the Sarawak election from Adenan by being the 'Santa Claus' of the BN election campaign of money politics

"Salleh should know that the impending parliamentary by-elections in Sungai Besar and Kuala Kangsar will be more reliable barometers of Najib’s fate in the 14th general election than the just-concluded 11th Sarawak election.

"This is one of the several myths that have been born in the past 36 hours, after the results on Saturday night," the veteran DAP leader said in a statement.

Sarawak BN captured 72 state seats against seven won by the DAP and three by PKR.

Lim admitted that Sarawak DAP had suffered "a crushing defeat" in the context of the party’s hopes and its superior 2011 performance.

However, he said, it was a myth to consider Sarawak DAP having been dealt a devastating blow due to a major swing of urban voters to BN and a strategic mistake in reaching into the rural heartland.

Results not all bad

Lim, who is also Gelang Patah MP, said a better understanding of the election results was needed, opining that Sarawak BN's stranglehold on the rural areas was actually weakening.

He said this could be seen by the amount of “firepower” BN has had to shower on these constituencies.

"I am uplifted that the electoral debacle on Saturday had not crushed the fighting spirit of DAP leaders and members, who are even more committed and determined to press on with the DAP’s political journey to ensure justice, freedom and human empowerment for all Malaysians, regardless of race, religion or region," he said.

Lim reiterated it is a misconception that the DAP-PKR clash in six state seats was the reason for the BN victory, but noted the voters are rightly disappointed and dismayed by the failure to present a united Pakatan Harapan. 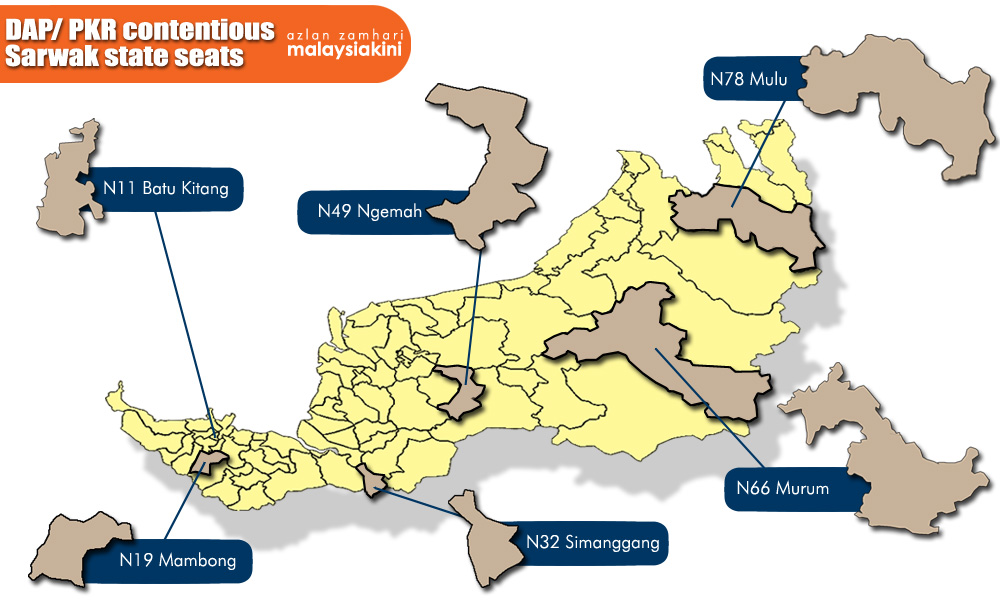 "The very fact that the prime minister, Deputy Prime Minister Ahmad Zahid Hamidi and Adenan had to queue up to visit and 'rain' the Tasik Biru constituency with gifts, projects and promises to foil the election of the DAP candidate Modi Bimol is an indication not only of the massive firepower in the BN Sarawak election campaign, but a realisation that its hold on the rural hinterland is not all that invincible,” he said.

"The battle for the hearts and minds of Sarawakians and Malaysians must go on - to the Sungai Besar and Kuala Kangsar by-elections, the 14th general election by 2018 and to the 12th Sarawak election in 2021."

Harapan to discuss whether to contest in Sungai Besar