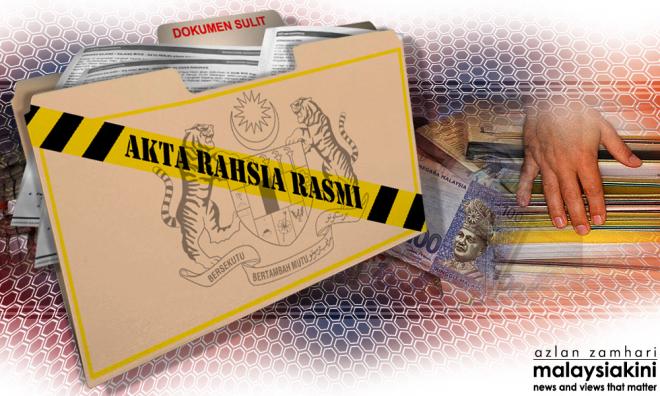 What M'sians should know about freedom of information

COMMENT Freedom of information (FOI) as a democratic right is relevant in itself and for the fulfilment of other rights. It is important to understand that public bodies do not hold information on their own behalf, but for the benefit of and on behalf of the public. This is the foundation of democracy.

Without the right to know, one loses the ability to make informed decisions regarding who they elect as officials to represent them in matters of governance. Given so, laws that deny the right of access to public information, or that turn public information into the private property of the government, such as the Official Secrets Act (OSA), do not just negate the individual’s right to freedom of information but also hampers the fulfilment of the individual’s other democratic rights.

Freedom of information should be guaranteed as a legal and enforceable right permitting every individual to obtain records and information held by the executive, the legislative and the judicial arms of the state, as well as any government-owned corporation and any other body carrying out public functions.

Article 23 of the Asean Human Rights Declaration (AHRD), which affirmed all the civil and political rights in the Universal Declaration of Human Rights and which was adopted by heads of member states of Asean (including Malaysia) in 2012, states that:

Every person has the right to freedom of opinion and expression, including freedom to hold opinions without interference and to seek, receive and impart information, whether orally, in writing or through any other medium of that person’s choice.

So as can be seen, freedom of information is not a foreign concept to Malaysia, in the global society. Internationally, FOI has been endorsed by Malaysia. However, back home, the right to know is tightly controlled and even infringed upon by the federal government.

Yet, these existing FOIEs face a grand challenge by federal-level restrictions. In spite of the FOIE, the Official Secrets Act 1972 has the capacity to obstruct the free flow of information, even in Penang and Selangor, by simply classifying information as official secrets.

The resulting breakdown in flow of information contributes to the imbalance in the power relationship between the citizen and the government, and affects the people’s ability to effectively hold government institutions to account.

Given the public’s inability to hold the government accountable, top officials have the capacity to engage in corrupt practices and keep their corruption well-hidden. Secrecy laws that obstruct the free flow of information ultimately serve as an efficient tool for cover-ups. Thus, the lack of freedom of information provides a conducive breeding ground for grand corruption.

Our campaign - Right 2 Know MY

As said before, FOI in Malaysia is almost non-existent. While Penang and Selangor governments offer FOIEs, both are still fairly new and weak. On top of that, many in the public either don’t know of the existence of these two FOIEs or if they do, they aren’t aware of what it entails.

In our current political climate, shrouded by corruption scandals and secrecies, the right to know is more relevant than it has ever been.

The main objectives of R2Kmy are:

By promoting FOI, we hope to force more accountability into our failing democratic system.

Our role in campaign

On our part, the R2Kmy will:

a. Provide information on the importance of FOI.

b. Provide information on the laws surrounding FOI.

c. Provide guidance on how to apply for information in Penang & Selangor.

d. Provide assistance in applying for information for substantial/controversial cases.

e. Hold workshops to educate the public on FOIE usage.

f. And if welcomed, work with the Penang & Selangor governments on improving their respective FOIEs.

And by doing all this, we hope to create and environment where people would realise the importance of FOI in a democratic state and pressure the federal government to implement a federal-level FOI law and abolish existing secrecy laws.

It is important to note that we are open to working with both, the public and governments, for advancing FOI in Malaysia. While we mobilise the public, we are also committed to helping state governments and ideally, the federal government, instill the right to know and the culture of open governance into our political domain.

Our hope is that by advancing FOI, we will be able to eliminate a pressing problem in Malaysia: corruption.

“A nation that is afraid to let its people judge the truth and falsehood in an open market is afraid of its people.” - John F. Kennedy, 1962.

CYNTHIA GABRIEL is executive director and SIMITHA SINGAM is freedom of information officer, Center to Combat Corruption and Cronyism (C4).