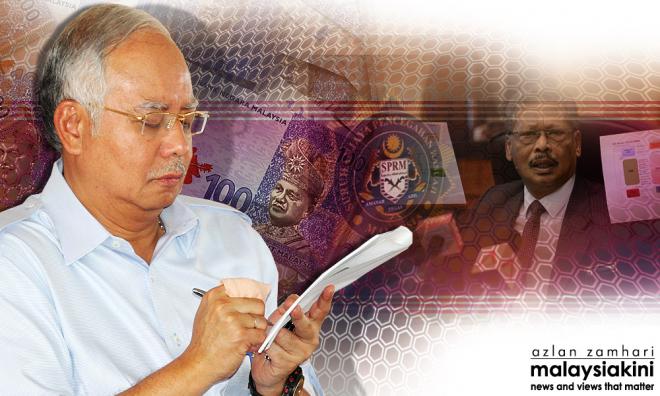 Tan, according to The Wall Street Journal, is the original beneficiary of British Virgin Islands-based Tanore Finance, which had sent US$681 million to prime minister Najib Abdul Razak's personal bank accounts.

Singapore’s Business Times reported that the latest charge against former BSI banker Yeo Jia Wei was for facilitating, through fraudulent means, the transfer of US$11.95 million from SRC International to Affinity Equity International Partners Ltd, a company owned by Tan.

As international investigations begin to provide a clearer and more detailed picture of the scale of alleged embezzlement via duplicitous transactions by 1MDB and SRC International, investigations in Malaysia on the other hand, have effectively ground to a halt.

While the focus of the international press and local critics have been aimed at the debt-ridden 1MDB, its former subsidiary SRC International has been kept relatively under the radar. However, if 1MDB was found by the parliamentary public accounts committee (PAC) to have suffered from gross mismanagement, then stranger and more suspicious transactions have taken place in SRC International.

First of all, given all the shenanigans which took place in SRC International including the latest disclosure in Singapore, and the known fact that Nik Faisal has disappeared off the face of Malaysia for nearly a year, why is Nik Faisal still a director and the managing director of the company?

Secondly, his fellow director, Suboh Mohd Yassin has also similarly disappeared from the country. Why have they not been replaced by Ministry of Finance officials? With a federal government guaranteed RM4 billion loan from the Malaysian Pension Fund (KWAP), who exactly is running the company today? Or is the company being run via remote control by fugitives?

Thirdly, the attorney-general has confirmed that RM27 million originating from SRC International found its way into Najib Razak’s personal account in July 2014. The Wall Street Journal has further alleged that another RM42 million from SRC International was transferred via intermediaries into the prime minister’s account between December 2014 and March 2015.

The AG said no charges will be filed against the prime minister for criminal breach of trust on the amazing excuse that the prime minister did not know that the tens of millions deposited into his account came from SRC International. However, in that case, why haven’t those involved in SRC International been investigated and charged for siphoning funds to the Najib personal account?

Fourthly, the Sarawak Report has earlier exposed that Nik Faisal was given a power of attorney to manage Najib’s personal account – a damning allegation that has not been denied by the prime minister. Would this be a reason why Nik Faisal is given special protection by the powers that be?

Finally, while it is no longer denied that Najib received at least RM69 million from SRC International, even if it was unwittingly received, why haven’t the funds been returned to SRC International?

If the prime minister really did not realise then that the RM69 million deposited into his personal bank account came from SRC International, shouldn't he return the money immediately?

If Najib could be so honest as to return some US$620 million of unutilised donation to his mysterious alleged Arab donor, why could he return the paltry RM69 million?

Najib, who is also the finance minister, must answer these crucial questions pertaining to SRC International during two-week Parliamentary sitting commencing tomorrow.