A Bukit Koman villager has won her case against the defamation suit filed by Raub Australian Gold Mining (RAGM) against the Ban Cyanide Action Group (BCAC).

The High Court in Kuala Lumpur ruled today that RAGM failed to prove that BCAC vice-chairperson Hue Shieh Lee's statement against the gold mine was of malicious falsehood.

In handing out the 45-page judgment, High Court judge Yeoh Wee Siam also ordered the plaintiff to pay RM20,000 in costs to Shieh Lee, subject to payment of an allocatur fee of four percent of the costs.

The plaintiff must establish three elements to prove malicious falsehood in this case, namely:

"... the plaintiff did not prove that the survey results read out by the defendant are false because the plaintiff failed to call any, or all of the 383 residents, to prove that they did not suffer from any health problems as a result of the plaintiff's use of cyanide in its operation of the gold mine.

"... the plaintiff did not call the reporter, who purportedly interviewed the defendant, as a witness to prove that the defendant had uttered or published those words.

"It follows that the issue whether the words are false does not arise," read the judgement. 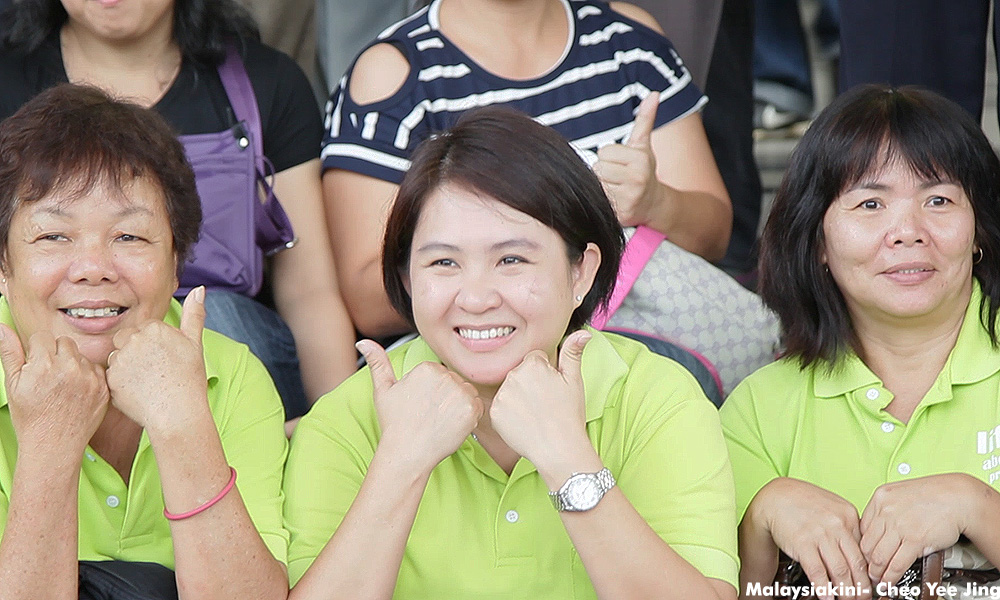 Shieh Lee (photo, centre) only read out the results based on the survey conducted by the BCAC interviewers, Justice Yeoh pointed out.

As Shieh Lee was the vice-chairperson of BCAC, an interest group concerned about the health of the Bukit Koman residents, the judge continued, she must have read out the survey results by virtue of her membership and position in the BCAC.

"By the defendant's act of reading out the survey results at the press conference, it does not prove that the defendant had published those results maliciously against the plaintiff," she said.

Hence, Justice Yeoh concluded, the plaintiff has failed to establish malicious falsehood in the case, and as such, the claim ought to be dismissed.

Finally back to normal life

Later, a smiling Shieh Lee who was clad in green anti-cyanide T-shirt that read 'Life above Profit', said finally she felt a great sense of relief.

"The judgement is too good for us. The burden has finally been taken away from my shoulders. (I) can finally go back to my normal life.

"Previously, I went here and there for this case, worrying how we and the society would be affected. Finally, I don't have to worry anymore," she said. 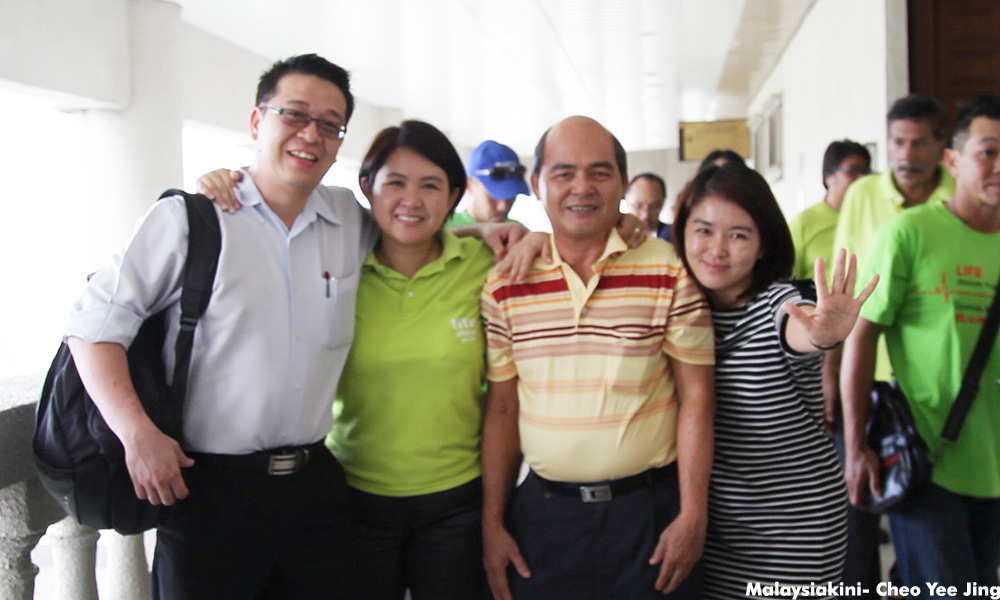 Earlier at 5.30am, about 40 Bukit Koman residents started travelling from Raub to Kuala Lumpur to show moral support for Shieh Lee.

Shieh Lee's husband, father and sister were also in the court rooting for her.

After hearing the good news from the judge, Shieh Lee and supporters gathered outside the court and celebrated by chanting "Ban cyanide".

The judgment from Justice Yeoh also came with some interesting facts which has made this case rather unique.

As it transpired, Shieh Lee was precluded from calling her witnesses for her defence because she failed to file the witness statements and list of exhibits according to the time ordered by the court. 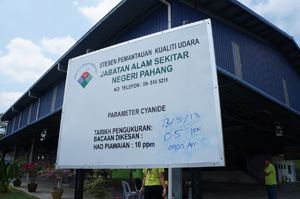 "The court, however, could not condone the defendant's lackadaisical conduct of her case. When mediation failed, the defendant should know better that she must comply with the court's directions," Justice Yeoh said in her reasoning.

The judge also gave her view in the event that the Court of Appeal decides that she has erred in holding that the plaintiff has failed to prove all the elements of defamation.

"I do not think that total damages of RM4,500,000 ought to be granted to the plaintiff as prayed. To my mind, the claim for such a sum is totally unreasonable, disproportionate to, and does not commensurate with the defendant's mere act of reading out the survey results at a press conference in the form of the first set of words complained of.

"If at all any damages should be awarded to the plaintiff against the defendant, it is my considered opinion that it should be a global sum of RM30,000 for exemplary damages, aggravated damages and general damages with the interest as prayed for in regards to the first set of words complained of. This is to serve as a deterrent to the defendant so that she will not repeat her action," said Justice Yeoh.

RAGM in 2013 initiated defamation suits against three members of the BCAC, which has been campaigning against the company's gold mine near their village in Bukit Koman, Raub, Pahang.

Other than Sheih Lee, the other two suits involved BCAC's chairperson Wong Kim Hoong and secretary Hue Fui How.

Subsequently, Wong and Fui How apologised in open court to RAGM over their statements and RAGM withdrew its suit against the duo.

However, Shieh Lee opted to fight her case in court.

RGAM, which also filed a defamation suit against Malaysiakini, has insisted that allegations that sodium cyanide used for gold extraction was hazardous to Bukit Koman residents are unsubstantiated.

The High Court will deliver its decision on RAGM's suit against Malaysiakini next Monday.