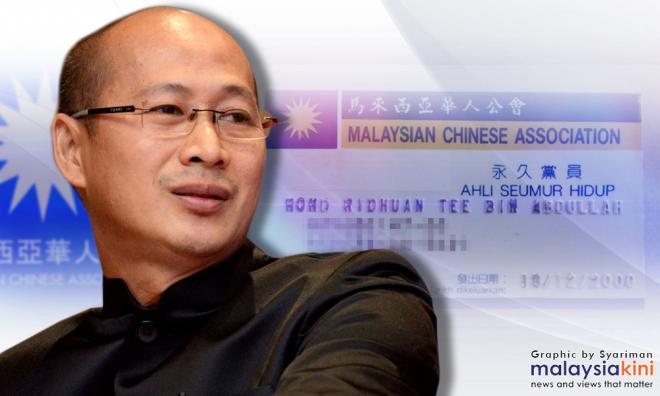 Ridhuan Tee quits MCA as it's against Hadi's bill on hudud

Controversial academician Ridhuan Tee Abdullah has announced he is quitting MCA as a result of the party's stand against PAS president Abdul Hadi Awang's Private Member's Bill on hudud.

Contacted by Malaysiakini, Ridhuan, who has been an MCA life member since 2000, said he decided to quit the party due to recent developments on the hudud issue.