COMMENT What is misconstrued and misrepresented as hudud in public discourse in Malaysia may be better termed or understood as expansion of syariah law.

While the second dimension has reduced the issue to ‘hudud’, the first dimension has defined the public debate so far because some hudud offences (theft and robbery) and all qisas offences (homicide and bodily injuries) may involve non-Muslims as criminals or victims.

Three positions have been observed on the scope of syariah expansion in response to whether the non-Muslims should be governed by the syariah law.

1. Maximalist: Syariah for all, full range of offences

The first position is maximalist, namely, syariah law for all with an extensive list of offences. In May 2014, Isma president Abdullah Zaik Abdul Rahman urged the enforcement of the Islamic criminal code on both Muslims and non-Muslims.

Denial of non-Muslims’ religious freedom was not at all a concern for the Malay-Muslim ultra-nationalist.

Zaik instead accused the infidels of “overstepping their bounds” by opposing or blocking Muslim ambitions in promoting the position of Islam in Malaysia.
http://www.malaysiakini.com/news/261397

2. Two-track: Syariah for Muslims only, full range of offences

The second position is two-track, namely, the same extensive list of offences applies, but syariah law for Muslims only and common laws for non-Muslims. ‘One country, two systems’, if you like.

For the same crime, Muslim and non-Muslim suspects might be tried separately in different courts and face vastly different punishments - for example, amputation and imprisonment and/or fine for first-time thieves.

This is the mainstream position taken by most proponents. By excluding the non-Muslim criminals, they hope to eliminate the basis of non-Muslim objection and continued objection by the non-Muslims is then seen as intrusion into Muslim affairs.

And if the debate is successfully made an intra-Muslim one, objection on the ground of inequality can then be easily dismissed: Muslims should not complain of heavier punishments because they are religiously obliged.

Minimalist: Syariah for Muslims only, limited range of offences

The third position is minimalist, namely, syariah law for Muslims only and the range of offences applied is limited to those which will not involve non-Muslims as criminals or crime victims.

It is recognition of the flaw of the ‘two-track’ position, which is at best misinformed and at worst, dishonest. 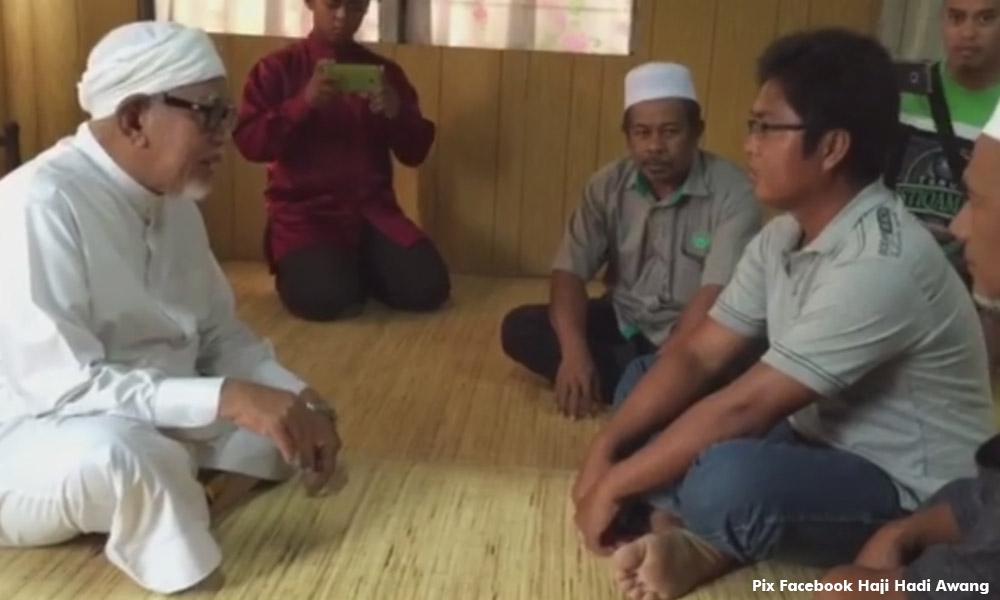 Why? Criminals won’t religiously profile victims to not steal from, rob, kill or injure non-believers so that both parties are bound by the same religious law.

In fact, if anything, the syariah court applies its own criminal procedure code, which denies the non-Muslims (alongside women) full testifying competence. Hence, a Muslim robber may get acquitted because the non-Muslim victim cannot be her own witness.

A minimalist position is then the only way to fully eliminate the non-Muslims as stakeholders from the debate.

The shifts indicated by Hadi’s Bill

Abdul Hadi Awang’s Private Member’s Bill on May 26 indicates a historic shift from the two-track position to the minimalist position in the debate of syariah expansion.

The Bill seeks to amend the Syariah Court (Criminal Jurisdiction) Act 1965 by (a) Amending Section 2 to remove the 3-5-6 caps - imprisonment up to three years, fine up to RM 5,000 and whipping up to six lashes; (b) Adding a Section 2A to exclude the death penalty from the syariah court’s jurisdiction.

The exclusion of the death penalty takes out the controversial stoning punishment for married adulterers and normal death penalty for robbers who cause death, murderers and heretics.

This is a new position when compared to a similar bill Hadi Awang tabled in last June.

While deleting the entire paragraph of the 3-5-6 caps, both of Hadi’s bills confine the syariah court’s jurisdiction to matters mentioned in Item 1, State List of the Ninth Schedule in the Federal Constitution.

Item 1 states “creation and punishment of offences by persons professing the religion of Islam against the precepts of that religion, except in regard to matters included in the Federal List”.

It further explicitly limits the syariah court’s power to “not have jurisdiction in respect of offences except in so far conferred by federal law”.

As per the claim of Prime Minister Najib Abdul Razak and his ministers as Hadi’s interpreters, offences under federal law (the Penal Code, to be precise) - theft, robbery, homicide, bodily injuries and sodomy - would be excluded. This is a minimalist position because non-Muslims would be excluded.

Intriguingly, while excluding the death penalty is a new move, Hadi has quietly taken on the minimalist position since last year.

If Hadi was already prepared to make the huge compromise, why did Kelantan PAS - already in discussion with Putrajaya - mislead the public that it was pursuing the whole range of hudud punishments, including amputation?

Why did Kelantan PAS mislead some doctors to offer “surgeon-assisted amputation” and enter a heated debate with their professional body, the Malaysian Medical Association (MMA)?

Was that Hadi’s scheme to split Pakatan Rakyat and his own party?

With the shift from PAS’ two-track position in the Kelantan state assembly to Hadi’s minimalist position in the Dewan Rakyat, the nature of the syariah expansion or hudud debate has been substantially changed.

Till now, the agenda of syariah expansion is most strongly opposed by the non-Muslims because of their suspicion to the dodgy two-track position. The dissident voices within the Muslim community are limited to progressive Muslim groups like Sisters in Islam (SIS), Islamic Renaissance Front (IRF) and the Group of 25 (G25), and small pockets of lawyers, intellectuals and politicians.

In fact, leaning on the non-Muslim opposition, the standard line to oppose syariah expansion is that “Malaysia is a multi-religious society”, which many Muslim opponents share. 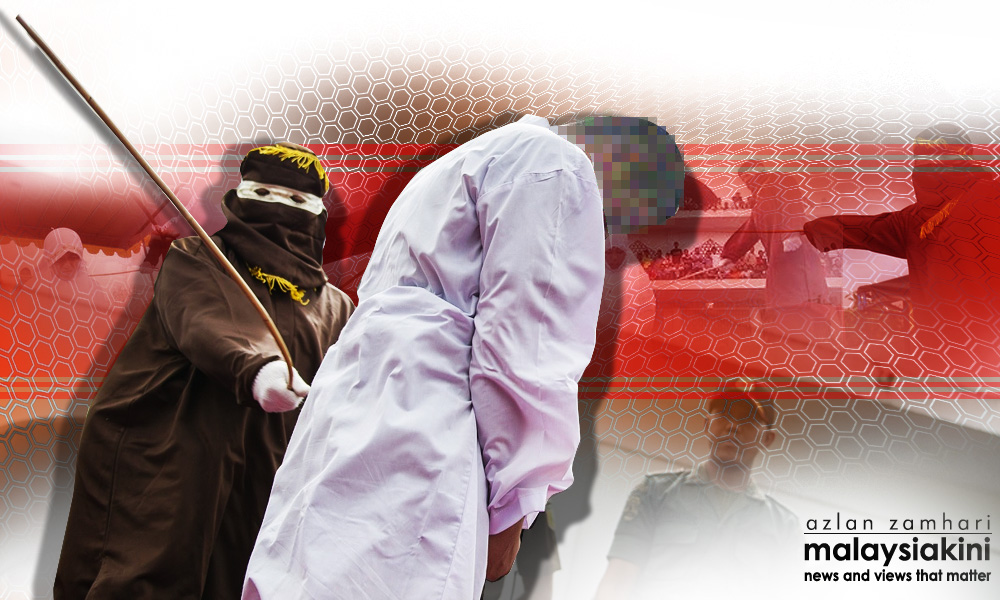 Unwittingly, such argument actually “justifies” the push for syariah expansion in Kelantan and Terengganu, since the populations there are almost mono-religious, respectively 95 percent and 97 percent Muslim.

By taking a minimalist position, Hadi has fundamentally changed the main track of the ‘hudud’ debate, from inter-faith (between Muslim and non-Muslim) to intra-faith (within Muslims).

BN non-Muslim ministers who now jump and threaten to resign in protest will soon accept Najib-Hadi’s explanation and assurance of non-Muslim exclusion.

And once the BN sorts out its internal discord, non-Muslim objection will be attacked harshly as interference into Muslim affairs and even blamed on the opposition.

If passed, Hadi’s bill will enable five hudud punishments for the four hudud offences in Kelantan and Terengganu, which may soon be imitated by other states:

To continue the debate, Muslim opponents of syariah expansion will have to make a good case - best if based on Islam - against scenarios how these punishments may be meted out.

Instead of a binary choice of “Yes” or “No”, the Muslim public needs to be informed of the detailed implications of these offences and punishments.

For example, should a wife be whipped 80 lashes for accusing her husband of adultery just because she didn’t have with her four just Muslim male witnesses when he was caught pants down?

Or, should a thinker like Kassim Ahmad be jailed indefinitely with all his properties forfeited unless and until he denounces his religious views?

Intra-Muslim debate must be credited for some of the important shifts in the proponents’ position.

For example, pregnancy of single women was originally listed in the 1993 version of Kelantan Syariah Criminal Code II as a circumstantial evidence for adultery. Thanks to advocacy by SIS and other groups, this was dropped in the 2015 version.

Progressive Muslims may also want to take a leaf from Tunisia’s experience - how the push to introduce syariah law fails in a population of 98 percent Muslims, and, why the mainstream Islamist party Ennahda has just declared in late May that “we are Muslim democrats, not Islamists”.

Some may ask: why can’t all Malaysians have a say on this matter? While non-Muslims are no longer direct stakeholders? Can’t they be concerned as fellow citizens about potential miscarriage of justice for their Muslim brothers and sisters?

For that to happen, the ‘consociationalist’ norm of communal autonomy needs to be challenged. The current ‘inter-faith’ debate grounded on ‘multi-religious society’ needs to be ‘nationalised’, where Muslims and non-Muslims enter as individual citizens.

But such challenge may have to come from East Malaysia, where citizenry is not rigidly partitioned along religious lines.

Interestingly, mainstream Muslim group Angkatan Belia Islam Malaysia (Abim) has urged that the matter be discussed by all stakeholders including the non-Muslims.

Subtly cautioning formalism, Abim also wants implementation of syariah law to be guided by maqasid al-syariah (higher purposes of syariah) so that it may dispense justice.