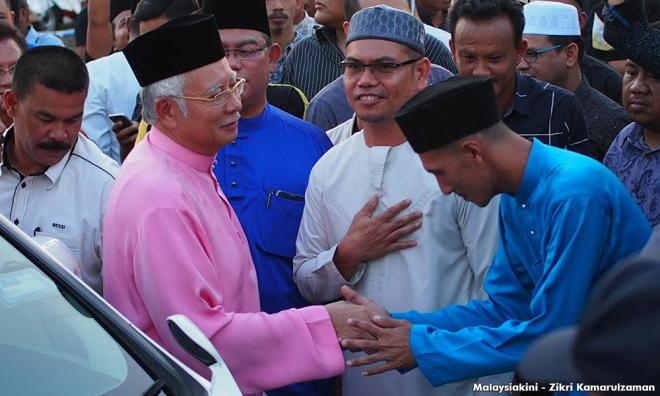 LIVE BLOG DAY 5 | Things are beginning to pick up in the twin by-elections in Sungai Besar and Kuala Kangsar.

In Sungai Besar, Prime Minister Najib Abdul Razak himself will grace voters with his presence at a buka puasa event today.

PKR secretary-general Rafizi Ramli is also scheduled to meet the media in Kuala Kangsar this afternoon.As for PAS, they will hold a press conference in Kuala Kangsar to respond to provocative billboards put up in Sungai Besar which attacked party president Abdul

Rafizi gets the crowd worked up over Rosmah's private jet ride

This follows his latest exposé that the prime minister's wife Rosmah Mansor had used a government private jet to travel to Istanbul to receive an award on behalf of Permata. 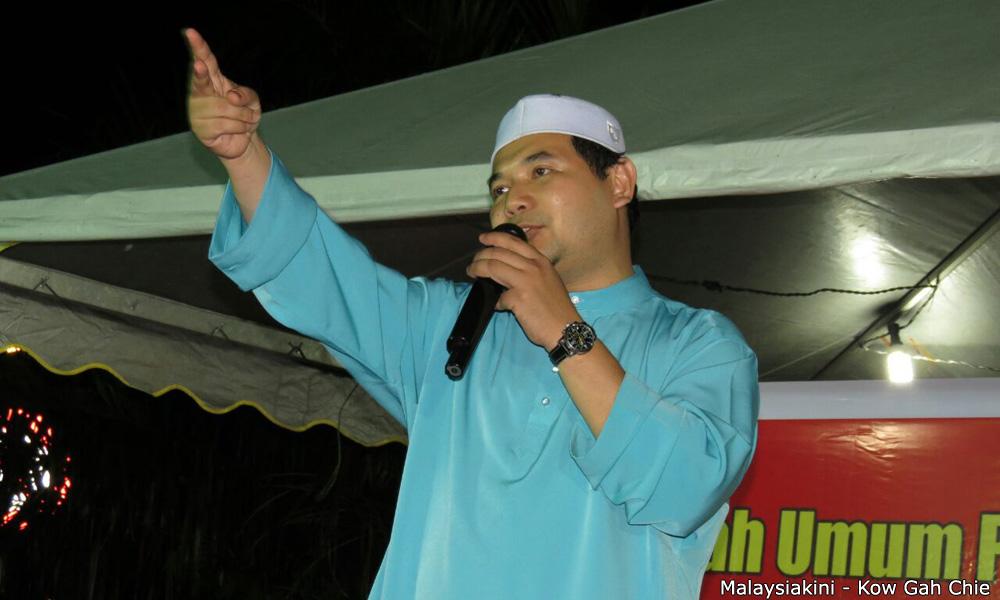 He had said the aircraft, which was chartered for two months cost taxpayers around RM86.4 million, but Rosmah's aide Rizal Mansor said his boss only rode on the aircraft for 26 hours.

The crowd of over 200 laugh and clap when Rafizi speaks about Rosmah's ride on the government private jet.

"We have to foot RM60,000 per hour for this luxurious jet; for this same amount we can buy a low-cost house," he says.

"I have calculated – her trip to Istanbul cost RM1.5 million.

"If she is a true prime minister's wife and understands the suffering of the people, she would not spend RM1.5 million... We have to pay the bill," he says.

"Tomorrow, I will expose a bigger issue. Uncle and aunty, by 11am you check the internet and Malaysiakini," he adds. 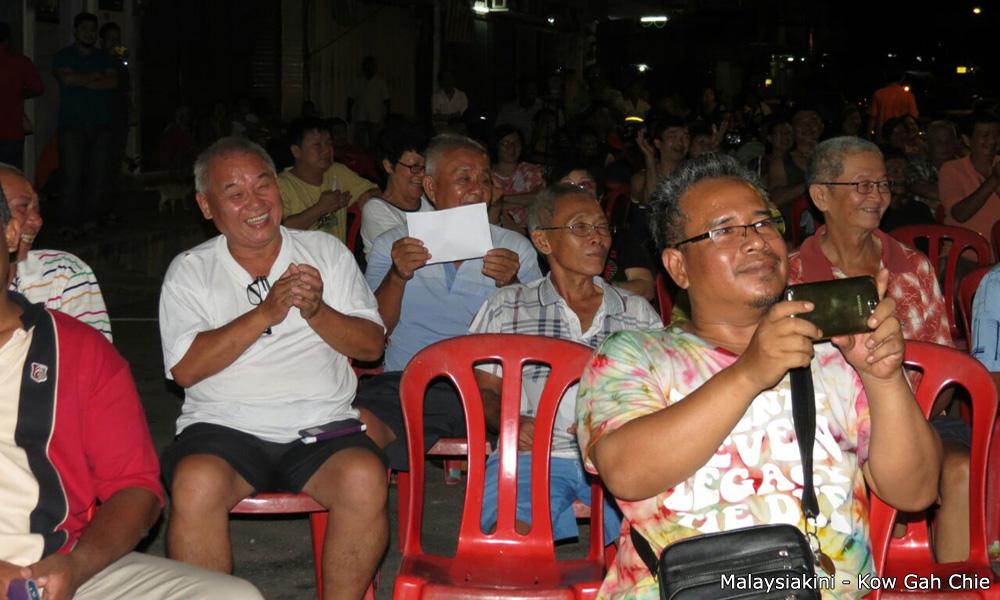 "This is going to be explosive," he says, adding that those who are still hesitating, will be convinced to vote for Amanah's Ahmad Termizi Ramli.

He stresses that only Ahmad Termizi will raise these issues in Parliament.

"I am confident that only one candidate will dare to stand up in Parliment and tell Prime Minister Najib Abdul Razak that you are a shame to Malaysia," he says.

9.40PM - Sungai Besar: MCA holds a Mandrin ceramah in Sungai Besar town with its guns trained on the hudud issue. 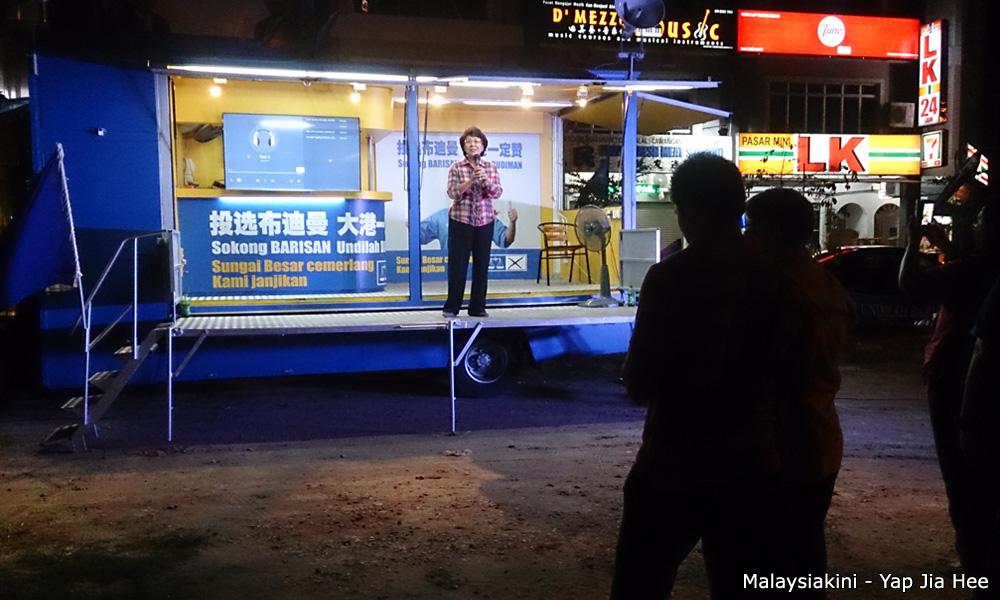 "MCA will stand with the Chinese community to ensure that Malaysia does not become an Islamic state.

"Don't vote for PAS or Amanah as they are one of the same," says Liew.
Later, Selangor MCA Wanita chief Ong Chong Swen takes the stage and describes BN's candidate Budiman Mohd Zohdi as a "moderate".

"Give MCA a chance to voice out for the rakyat... we need to reject hudud," she says to an audience of around 20 people.

The crowd from nearby restaurants and shops also look on.

9.00PM - Simpang Lima, Sg Besar: Prime Minister Najib Abdul Razak teases that he may donate to the Ma'muniah mosque in Sungai Besar after the polls. 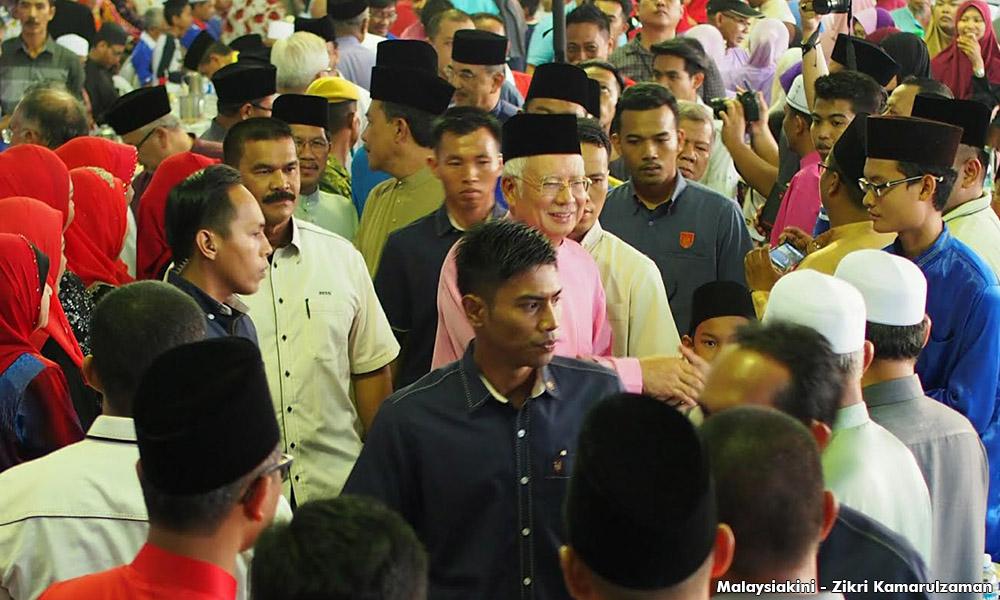 This would be in addition to the RM500,000 Deputy Prime Minister Ahmad Zahid Hamidi has pledged for the mosque.

"If you want to add some more, come see me after the elections," Najib says in his speech after a breaking fast.

In his speech, Najib also voices his confidence in BN candidate Budiman Mohd Zohdi's ability to become MP, and runs down the PKR-led Selangor government for not stating whether they support Amanah or PAS.

He adds that the elections here and in Kuala Kangsar will be a test of whether the people still support BN to lead the country.

Umno and PAS break fast together 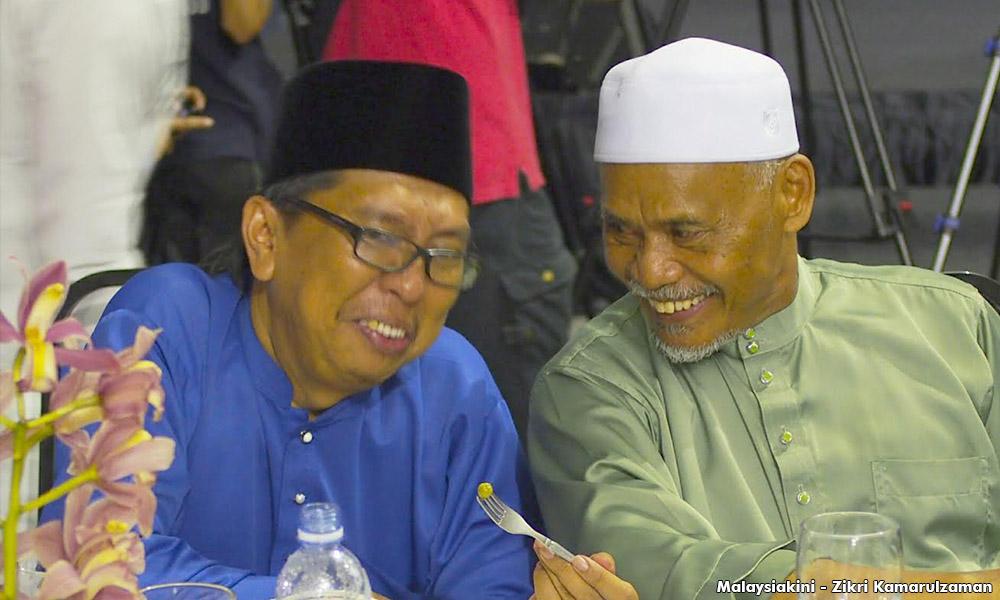 Budiman, who sits in the middle, chats merrily with Fadzin after maghrib prayers.

Fadzin later told Malaysiakini that while PAS will no longer join forces with Umno, it will continue to support any good the party brings.

“We respect our PM... PAS now practises mature politics. We will reject what is wrong and accept what is right," he says.

On whether Umno will accept any of the party's advice, Fadzin says it does not matter as the obligation to advise is already done.

"When you get your Tekun loan don't buy sport rims or handphones... Don't smoke expensive cigarettes but refuse to pay back the loan," Budiman quips.

He was speaking at a Tekun event here, where the small business fund lender issued a mock check of RM1.2 million, the amount approved for 61 borrowers in Sungai Besar this year thus far.

Chinese will swing back to BN in K Kangsar, says Gerakan

"Our canvassers and people have been moving around and we think that the situation here is better.

"According to the people who campaigned in the 2013 general election, they feel that the mood here is more positive for BN," he says during a walkabout in this royal town.

"When we went around, some said they will give BN a chance this time (as) they voted for the opposition the last time." 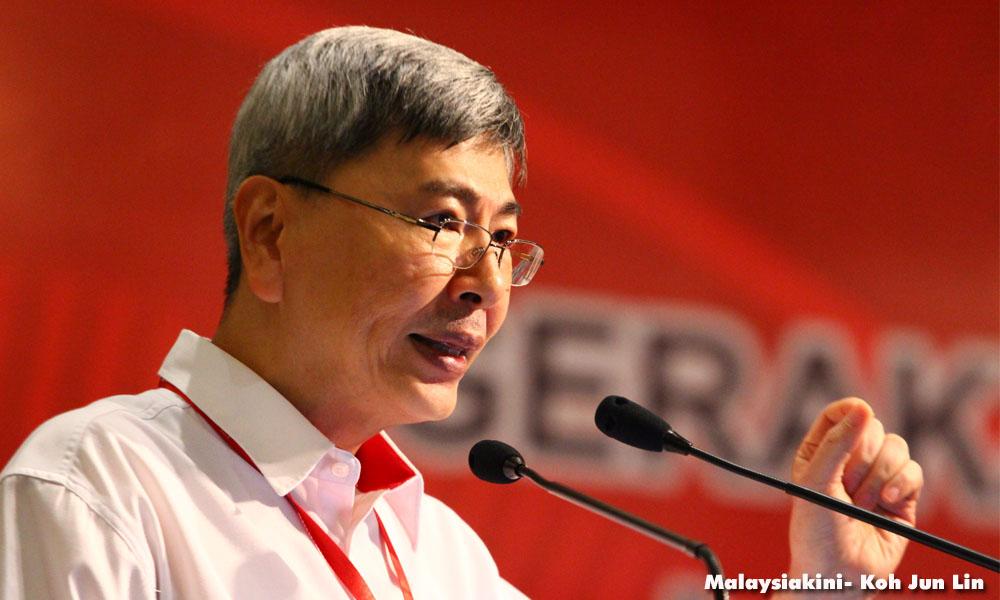 During the walkabout, both Mah (photo) and Gerakan Wanita chief Tan Lian Hoe hand out dumplings to the local Chinese community.

The billboards, which were subsequently removed by Election Commission enforcers, include accusations that Umno Sungai Besar chief Jamal Md Yunos labelled the Chinese as pigs.

"MCA is outraged that DAP can stoop to mounting billboards filled with race-hate provocation and slander. 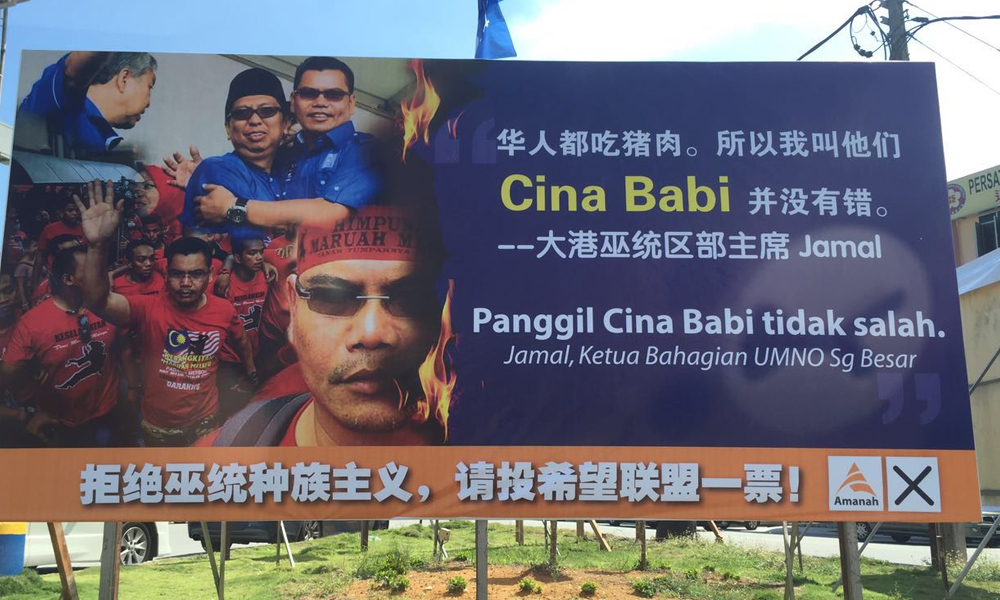 2.30pm - BN’s operations room, Kuala Kangsar: The Kuala Kangsar by-election seems void of large posters plastered all over the constituency, which is usually the norm during elections.

Deputy Minister in the Prime Minister’s Department Razali Ibrahim says Umno deliberately chose not to put up such posters.

This, he says, is so that they do not be wasteful especially in the month of Ramadan where Muslims are encouraged to give charity and engage in acts of worship.

“It was an instruction made during the last meeting for us not to be wasteful (by having giant posters).

“We have to understand that this is the month where we fast and we also need to take note of the candidate’s circumstances. 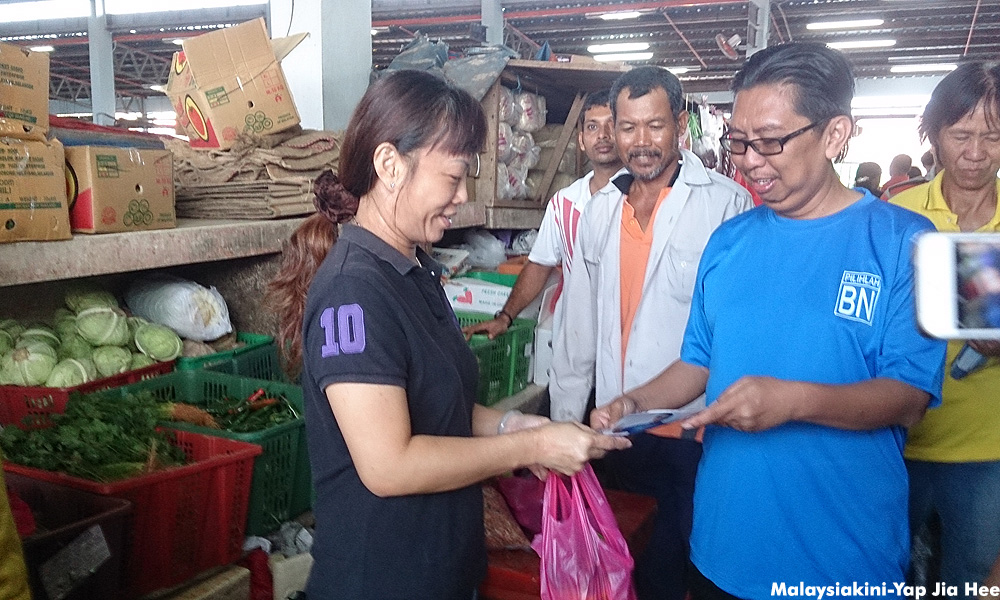 One family one graduate: This initiative aims to develop comprehensive education programmes for children in Sungai Besar.

"Macam sembelih ayam (It's like slaughtering chickens). The kafirs (non-Muslims) have their own way of doing it to," Rani says when met during a house-to-house visit here today. 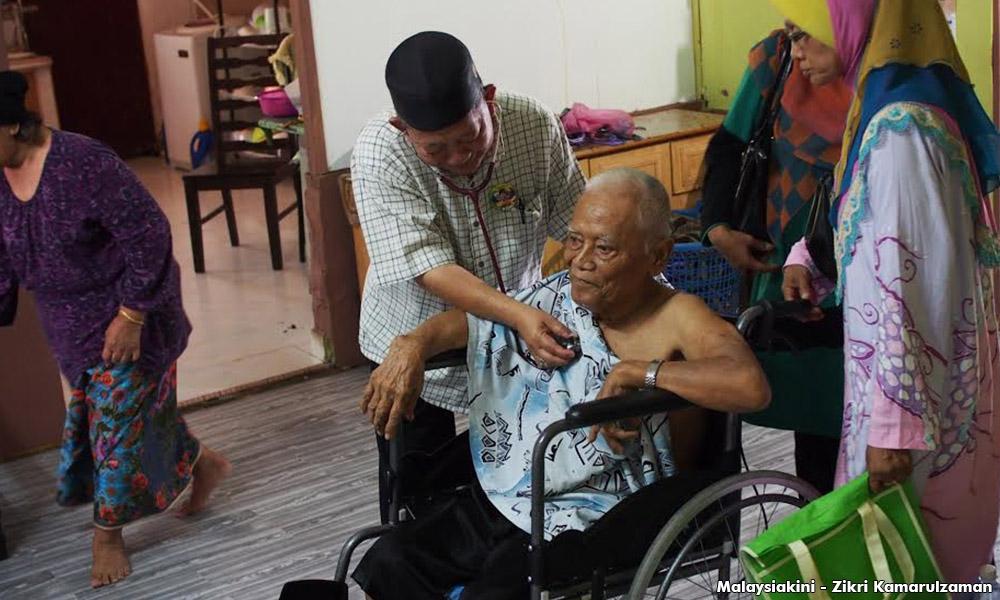 He explains that if he's elected to parliament, he will employ both offensive and defensive strategies when voting on issues.

He was responding to Amanah's Khalid Samad, who says Rani will have to forego his personal beliefs to toe the party line in the House.

Earlier, Rani, who runs a clinic in Meru, gave a free checkup to an elderly couple here, and gave them free medicine including a supplement that cost around RM300.

Although he only manages to make two of them, his attempt is met with applause by patrons at the eatery.

The dumplings, made of sticky rice and bamboo leaves, look more like ketupat with its triangular shape, which also coincides with Amanah's logo. 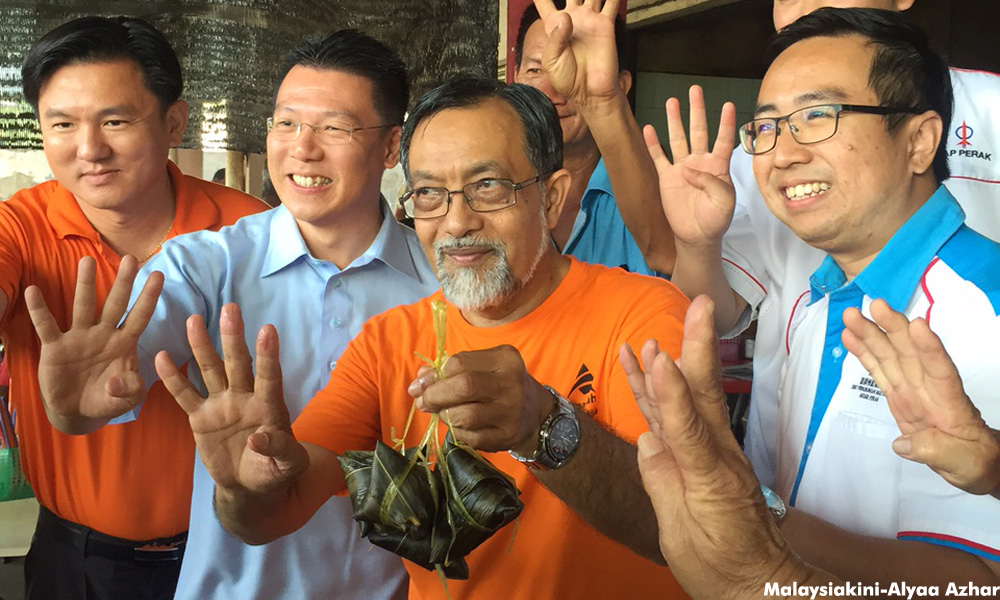 "This is for Sungai Besar and this is for Kuala Kangsar," says Termizi (photo), gesturing to the two dumplings he made.

Nga explains that the Dumpling Festival reflects the patriotism of a prime minister in defending his country.

"Due to frustration over what that had happened to his country, he committed suicide by drowning.

"But the people loved him so much that they made dumplings in the hope that the fish would eat the dumplings instead of his body," Nga tells Malaysiakini.

Some three banners appear in the town of Sekinchan, urging locals to vote for BN candidate Budiman Mohd Zohdi.

The billboards bear the words “Undilah calon BN, rakyat terbela. Menepati janji, membawa harapan” (Vote the BN candidate, and the rakyat will be protected. Promises kept, hope brought forth) while displaying an image of Budiman and the BN logo.

At 8.30am, Budiman pays a visit to the Sekinchan public market, near DAP's Sekinchan headquarters.

He speaks to the Chinese and Malay traders at the market and listens to their grouses.

He also distributes Chinese-language pamphlets about himself to the Chinese traders, to allow voters to learn about his background and image.

He also promises voters that if he is voted into Parliament, he will help the traders improve the market's infrastructure and cleanliness.

Budiman then visits Sekinchan town after his trip to the market.