The police will probe whistleblower site Sarawak Report under the Official Secrets Act (OSA) for leaking the classified auditor-general’s report on 1MDB, but only after they verify that it was the genuine document, inspector-general of police Khalid Abu Bakar said today.

“If it's true, then we will investigate under OSA. So let’s all calm down first,” he told reporters at the Deputy Prime Minister Ahmad Zahid Hamidi’s Hari Raya open house at his official residence in Putrajaya today.

Sarawak Report cannot be trusted anyway, Khalid claimed, saying that it is purposely trying to cause chaos in the country. 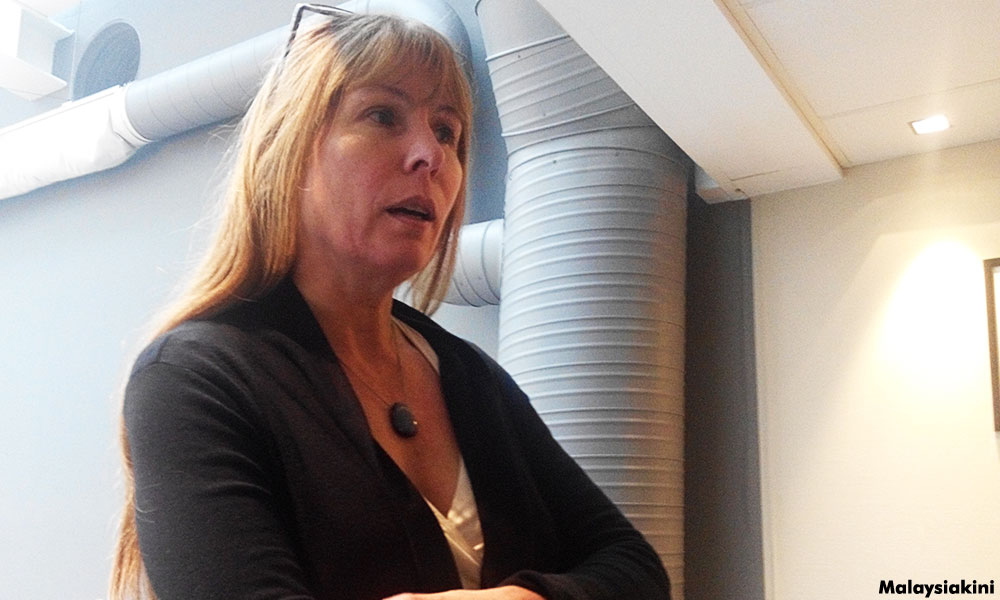 Asked if the police will be calling in Sarawak Report editor Clare Rewcastle-Brown (photo) in relation to the case, he said it would be difficult as she is based in London.

“These kinds of people are the ones who like to make accusations. She lives far away so she can make whatever accusation, she knows we cannot call her in," he said.

On Thursday, Sarawak Report had revealed that it had gained "extensive access" to the auditor-general's report on 1MDB and provided some details from what is supposedly the report.

It promised to publish more details from the report in the coming days, and the very next day, it published what is claimed to be a "damning" letter from Bank Negara to the Public Accounts Committee (PAC).

Then, today, it published an executive summary of what it claimed is the auditor-general’s report.

Malaysiakini cannot independently verify if the documents published by Sarawak Report are authentic nor can it report on the contents due to legal restrictions.

Rewcastle-Brown had also earlier urged Prime Minister Najib Abdul Razak to immediately initiate extradition proceedings against her, so that she can face trial in Malaysia.

"He should get on with it in the most public possible way, so that all can judge his motives and justifications in an objective court of law - away from judges whom he appointed and controls.

"It is time the world started to learn what has happened to the once largely respectable and law-abiding government of Malaysia," Rewcastle-Brown had said.