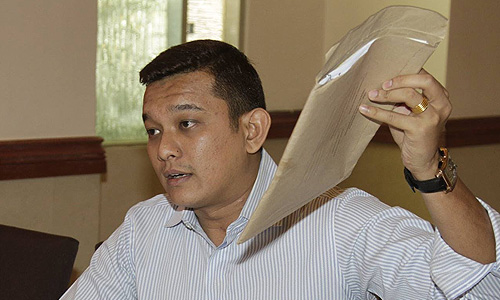 Poca use against Sanjeevan akin to ISA revival, says Suaram

The use of the Prevention of Crime Act 1954 (Poca) against MyWatch chairperson S Sri Sanjeevan is akin to reintroducing the now-abolished Internal Security Act (ISA), said human rights group Suaram.

Following the invocation of Poca against Sanjeevan, Suaram executive director Sevan Doraisamy said the event makes it clear that Poca can be abused and used against civil society, just like the Security Offences (Special Measures) Act 2012 (Sosma) that had been abused before.

“The use of Poca in such a manner effectively reintroduced ISA into the civil and political discourse in Malaysia and this dangerous trend must not be allowed to continue.

“In these trying times where Malaysia is subjected to threats from terrorism, the police must not tarnish their image in such a manner as it would weaken public trust and jeopardise the safety and interest of the public,” Sevan said in a statement today.

He urged for Sanjeevan to be released immediately, and called for all existing laws that allow for detention without trial to be abolished.

These laws are sometimes compared to ISA, which also allows for detention without trial and was notoriously used to detain many activists and opposition politicians during Operasi Lalang in 1987.

However, the High Court later ruled that their case does not fall under Sosma, and they were allowed to be released on bail.

To challenge the detention

Sanjeevan was arrested in Nilai on June 22 following allegations of extorting RM25,000 from a gambling den operator.

Since then, he has been released and rearrested eight times under different allegations, until he was arrested for the ninth time under Poca on Sunday, and was subsequently remanded for 21 days pending an inquiry under the Act.

His lead counsel Gobind Deo Singh said Sanjeevan had instructed him to challenge his detention and he hoped to file an application by tomorrow.

Otherwise, the police would have recommended charges against him instead of invoking Poca.

“The abuse of law and the use of a law that permits detention without trial implies that the police have insufficient evidence to push for prosecution but still seek to punish the individual.

“The latest case against Sanjeevan under Poca makes it clear that the police utilise laws such as Poca to allow them to act with absolute impunity and serve as the judge, jury and executioner,” he said.