The parking charge for the first hour has increased from 80 sen to RM2, while the rate for the subsequent hours is now RM3 per hour. Parking the whole day may now cost as much as RM32.

The new parking rate outside the CBD will also witness an increase in stages, from today until Aug 1. The parking rate will increase up to 200 percent, depending on the locality.

Kuala Lumpur mayor Mohd Amin Nordin Abdul Aziz explained that the move to increase the parking rates was not profit-driven, but to ease traffic congestion and encourage car pooling in the city. 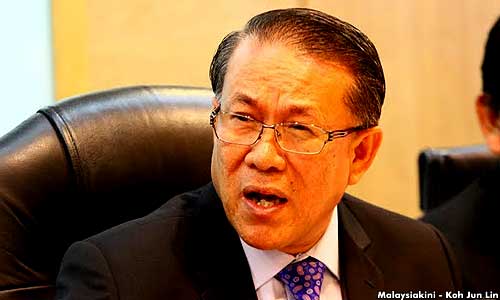 "I know I am going to be very unpopular, but it has to be done because traffic in Kuala Lumpur is already bursting at the seams," Amin Nordin (photo) said.

According to him, the number of vehicles entering the city daily is now at a staggering 3.5 million.

Land Public Transport Commission (SPAD) statistics show that 70 percent of the vehicles entering the city are single-occupant vehicles (SOV), he said. This meant 2.4 million cars were SOV, he added.

The mayor hoped the new parking charges would convince one million SOV drivers to take public transport or carpool to work.

"You will then get that Hari Raya sort of car-free roads like what we enjoyed last week," he said.

DBKL will not implement the maximum two-hours cap on parking yet as he wants the city folk to get used to the new parking charges, said the mayor.

DBKL has asked the developers to reduce parking bays at new developments in the city, he added.

When it comes to parking charges, Kuala Lumpur is cheapest in the world after Dhaka, Amin Nordin said.

“The last time we increased parking fees was in 1984. Kuala Lumpur is still the cheapest for parking when compared with other states in Malaysia.’’

YWP, the welfare arm of the Federal Territories Ministry, has to pay 35 percent or RM600,000 from gross revenue to DBKL every month.

The CEO of YWP, Roslan Hassan, said the company has started a pilot project, the pay-by-plate system, in Taman Tun Dr Ismail.

The RM23 million system is based on a car park software programme, called CALE, which is from Sweden, and an enforcement system called Gtechna, Roslan said.

"You can either pay by coins, Touch ‘n Go, or e-payment. This can be done via smartphones by downloading the JomParking app," he said.

The previous systems had caused DBKL to lose money. They were not well managed and DBKL had trouble collecting its dues.

Meanwhile, DAP Segambut MP Lim Lip Eng said the drastic hike in parking charges would also cause the prices of other things to increase, which would further burden the people.

Lim questioned the reason for DBKL to impose the new parking rate without first consulting the people's representatives, NGOs and residents associations.

He also asked if Umno cronies were involved in this move.

"Was the decision made by KL mayor or federal territories minister ?" he asked in a statement today.

He said the Kuala Lumpur City advisory board members, particularly those nominated by MCA and Gerakan, must state their stand if they agreed with the hike.

"It is outrageous to increase the charges to up to 200 percent," Lim said.

The government should at least wait until the 51km mass rapid transit (MRT) line, stretching from Sungai Buloh to Kajang, is built and ready for use before imposing the parking hike, he said. 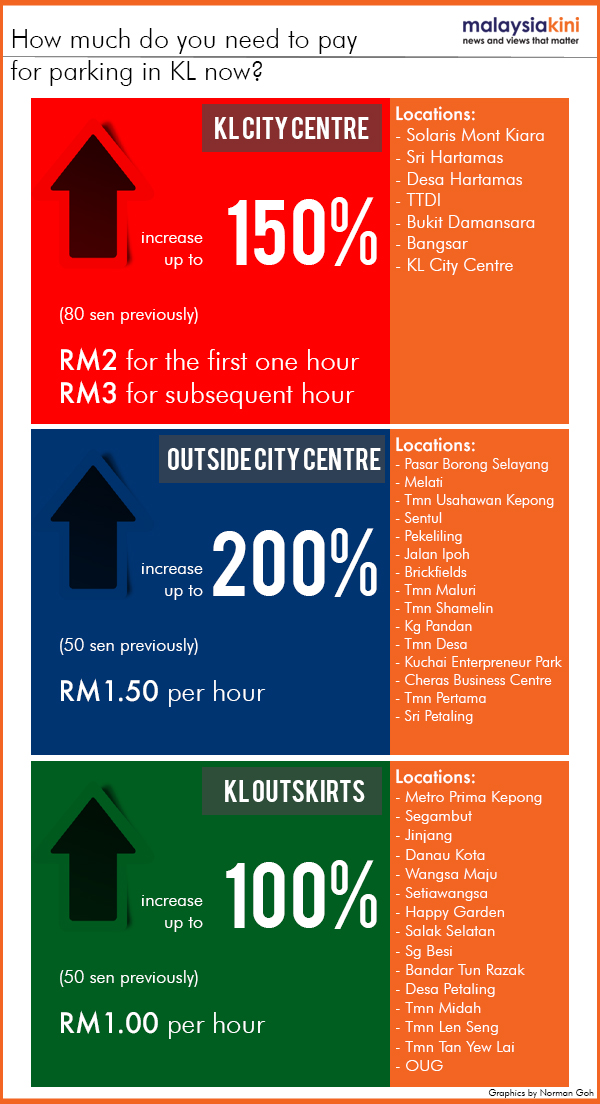