"The PM’s ‘cunning plan’ is to get the government to agree to inflate the actual cost of the East Coast Rail Project from only RM30 billion to RM60 billion, all to be borrowed from the Chinese government, in order to disguise the payment of 1MDB’s (and financier Jho Low’s) company debts," said the website in an e-mail communique.

Citing a whistleblower who allegedly provided copies of internal CCCC documents which detailed the supposed plan, Sarawak Report claimed that the government is set to approve the award of the contract to the firm, but with "a differential" of RM30 billion on top of the initial estimate.

The extra RM30 billion would be allegedly used to pay off 1MDB debts after the proposed project is to be approved at an inflated RM60 billion by the cabinet tomorrow. 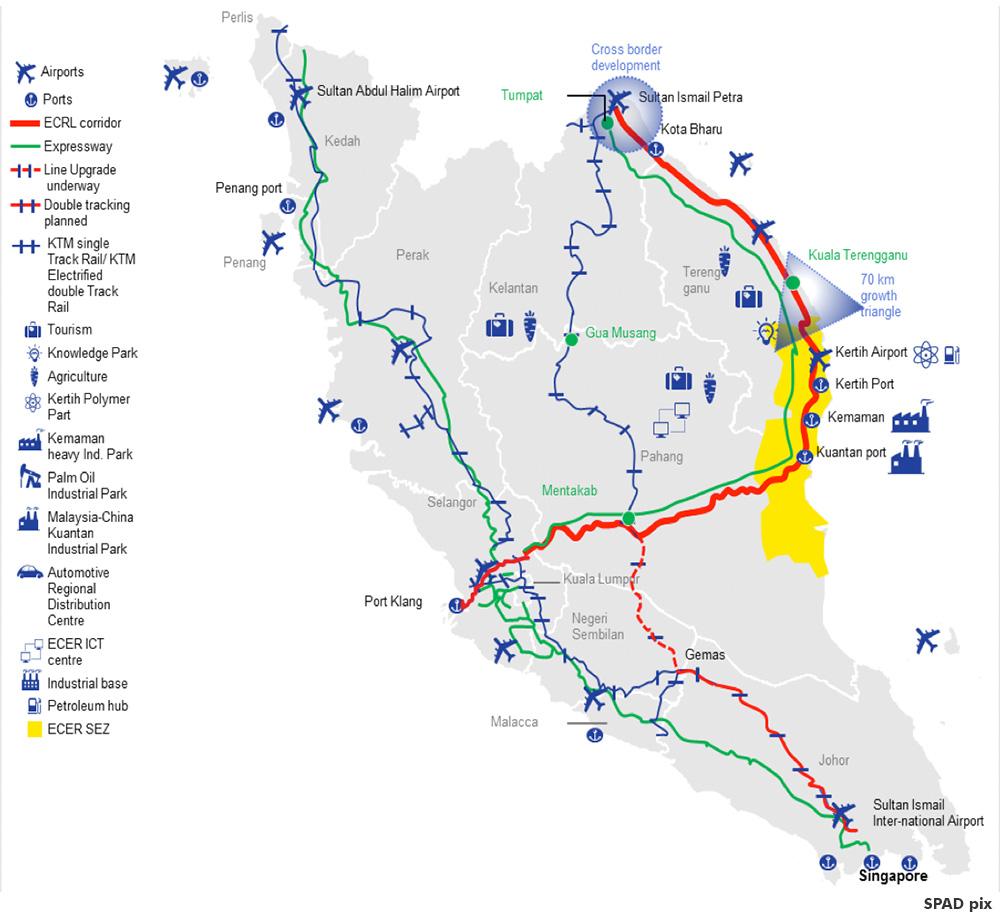 Malaysiakini is unable to independently verify these allegations or the authenticity of the documents posted by the website.

According to Sarawak Report, China’s state-owned CCCC would purportedly help pay off 1MDB debt in advance and progressively, through several engineered transactions.

Secondly, it alleged that CCCC would also pay 1MDB an inflated price for the Ayer Itam land it purchased to pad the investment arm's coffers, as well as assume responsibility for repayment of several other debts owed by the Malaysian state investment arm.

All this, claimed the website, is to be funded by a loan from China to the Malaysian government, which taxpayers would eventually have to pay for in the course of the next seven years.

CCCC to be ‘rewarded’

In return, the website alleged that the CCCC would be rewarded with high profits, land, and extra influence with the Malaysian government, quoting the internal report it said blatantly laid out the plan.

"CCCC says it has been given land on generous terms, including a chunk of land which was given cheap by Najib to 1MDB, then inflated in value at Ayer Itam – the land which is valued at US$1.3 billion will be offered to CCCC for US$850 million.

"CCCC will also get tax breaks including from GST for the next 10 years. And then, as a Chinese state-owned company, CCCC notes the benefit of the extended influence over Malaysia the project and the massive loan of the cash (at a generous 2% interest rate) will provide," read the report.

Jho Low was named  by the US Department of Justice last Thursday in court filings where the DOJ is seeking to seize assets that it said were the result of US$3.5 billion that was misappropriated from 1MDB.

Sarawak Report added that the two subsidiaries of Utama Banking Group, Putrajaya Perdana and Loh & Loh, were identified as companies controlled by Jho Low, with Putrajaya Perdana having been implicated by investigators in allegedly funnelling cash from 1MDB’s subsidiary SRC International into Najib’s own personal accounts.

Sarawak Report noted that the names of both companies appeared on the diagram held up by attorney-general Mohamad Apandi Ali detailing MACC investigation findings into the matter.

Malaysiakini has contacted the Prime Minister's Office, Transport Minister Liow Tiong Lai and the CCCC for comment and is awaiting their response.

The government has consistently accused Sarawak Report of being part of a conspiracy to topple the prime minister.