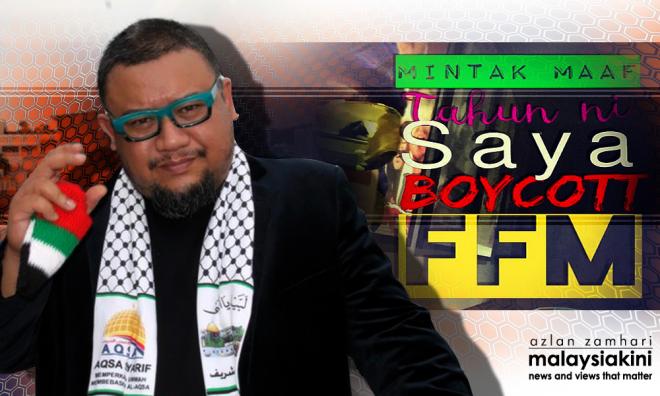 Prominent filmmaker Afdlin Shauki has announced he is boycotting the Festival Filem Malaysia 2016 (FFM) following yesterday's outcry over segregation in the film awards.

"Sorry, this year I am boycotting FFM," posted the multi-talented artist.

"When Malaysians regardless of race can truly be recognised for their creative works as Malaysian works.

"All the best to those who have been nominated. FFM committee good luck to you all too," wrote Afdlin on his Facebook last night.

The disqualification of major Malaysian films of the year 'Ola Bola' and 'Jagat' from winning the best film category in the festival has riled many.

They were not nominated for 'best film' because the dialogue was not fully in Bahasa Malaysia, and were thus nominated for 'Best Non-Bahasa Melayu Film' instead.

Afdlin meanwhile wished the nominees all the best, including "all those who were not nominated because of stupidity (kebangangan)".

"Congratulations for making Malaysia proud with your works."

A commenter on his post agreed, adding, "Well done Afdlin. We should boycott until they can wake up to what are works of quality, and those that have no quality."