MALAYSIANS KINI Student activist Anis Syafiqah Mohd Yusof has been in the spotlight as the spokesperson for the Tangkap Malaysian Official One coalition.

“My friends have all collapsed...” the 24-year-old jokingly said in explaining how she ended up riding her scooter alone and getting lost for nearly an hour while on the way to the Malaysiakini office for this interview.

“Yesterday I slept at 4am,” she revealed. Just another long night after a whirlwind two weeks of public appearances, press conferences, interviews, roadshows and an arrest leading up to tomorrow's #TangkapMO1 rally in Kuala Lumpur.

In the rush, Anis Syafiqah said, she didn’t even have time to see her 19-year-old brother who is flying off to Indonesia to further his studies, or spend time with her 22-year-old sister who just came back from Jordan.

The eldest of five siblings never imagined that she would one day be leading a student movement aimed at pressuring authorities into taking action against the elusive Malaysian Official 1 (MO1) – the code name mentioned in the United States Department of Justice’s civil suit to recover nearly US$1 billion in 1MDB-linked assets. 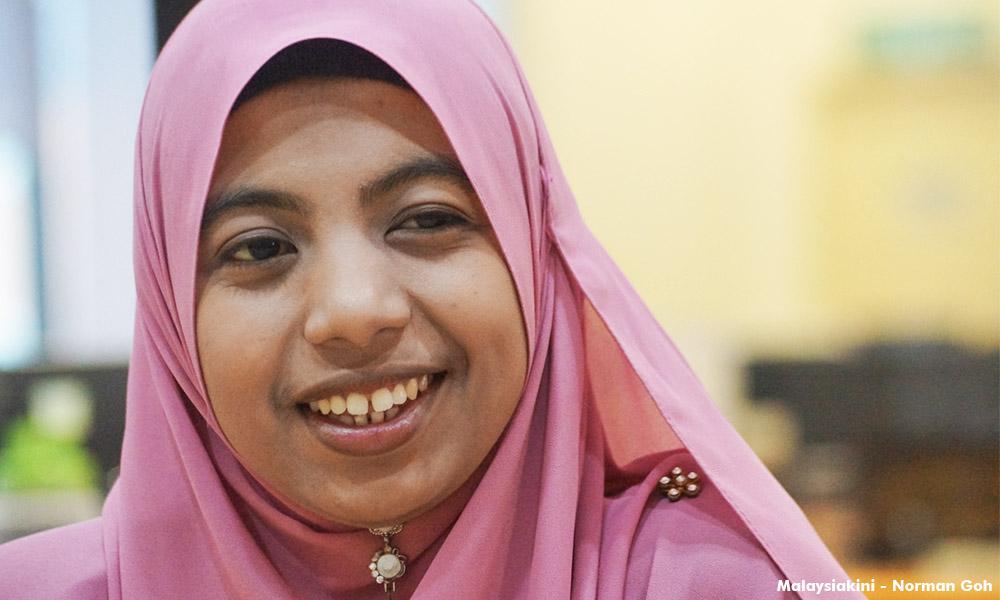 Her secondary schooling days were spent learning to memorise the Quran and she later proceeded to earn a diploma in Quranic Studies.

It was only by chance that Anis Syafiqah ended up furthering her studies in Language and Linguistics at Universiti Malaya – a historic hotbed of student activism – as her first three choices were degree courses offered at another local university.

Her ambition is to be a lecturer, following in the footsteps of her parents who are both teachers at a primary and a secondary school in Sungai Besar, Selangor.

As a young girl, Anis Syafiqah attributed her interest in current issues to her father, who teaches STPM-level General Studies.

But she was also quick to add that her father always refrained from preaching partisan political doctrines, despite once being a branch leader of an Islamist party.

This is a principle that she holds dearly in her role as a student leader, as well as when convincing fellow students from other institutions to unite and support tomorrow’s rally.

This is Anis Syafiqah’s story in her own words:

ALL STUDENTS SHOULD ACTIVELY PARTICIPATE IN STUDENT ASSOCIATIONS ON CAMPUS. Because, if we trace back the long history of student movements and activism, the word ‘university’ itself comes from the word ‘universe’. Universe in this context means that a student does not represent any one party but will, or can, represent all parties.

If students are not aware of current affairs, we will not have gained any exposure or experience to lead once we graduate… So I believe there must be a realisation on the part of all students to be more active in student associations.

WHEN I WAS YOUNGER I WAS LESS AWARE OF POLITICS. But during my diploma days, I slowly gained more exposure. Being active on the social media, I can access all kinds of information.

It was then that I started to have lots of discussions with my father and I realised that I always wanted to find out more about current issues. During our car rides, he would always initiate conversation on what was happening, either in Malaysia or overseas.

So I would say that my initial inspiration comes from my family and the fire only burned more as I entered UM. 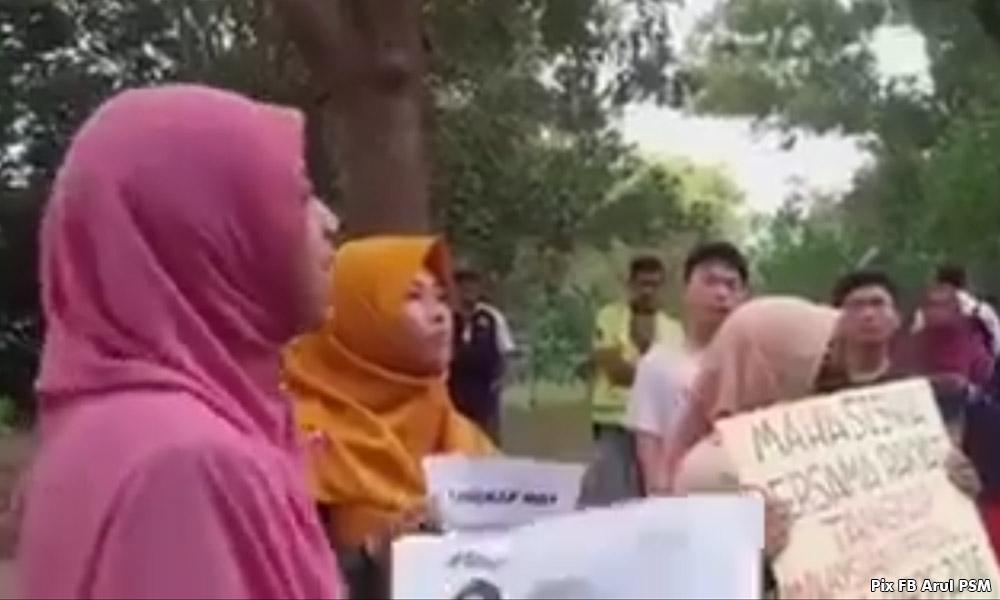 MY PARENTS ARE SUPPORTIVE. Their only advice to me has been that once I have chosen this path of activism, I must remain steadfast and pursue it wholeheartedly.

No matter what happens, we (students) must understand what we are doing and be ready for any consequences. That is all.

BEING A FRONT-LINE ACTIVIST WAS NEVER MY AMBITION. But today I accept this challenge because I believe that if students and youths were to remain silent, we would not be able to open the eyes of the public, to educate the public… and that is my concern.

My inspiration to lead the movement does not come from any one figure but more from my own personal conscience.

But when the time came and the situation forced me to come forward, I accepted the challenge.

BEING ARRESTED AND IMPRISONED IS A REAL RISK. We know that (arrest) is a risk that we must face. But we are prepared.

We have our lawyers. We also know that we have not done anything unconstitutional or unlawful. We just want to protest through a peaceful assembly.

All Malaysians have the right to peacefully assemble. In other countries, in Europe… there are countries that dedicate space for citizens to hold their protest, sometimes within the vicinity of their administration centre.

So, why can’t we enter Dataran Merdeka?

THE YOUTH ARE SUFFERING FROM 'POLITICAL FATIGUE SYNDROME'. During our first meeting, we had not decided what to do… At the time, it was only one week since the DOJ report was released. Many students were still ‘blur’ about the issue.

Some don’t even bother to find out, especially now, at a time when the country is going through a ‘political crisis’… on the government’s side as well as the opposition.

According to several researches, many youth of today are suffering from a ‘fatigue syndrome’, where they are sick and tired of keeping up with politics. At one point, we (youth) put our trust in the opposition but now it looks like they too have their own vested interests.

So, who are the ones truly sincere in fighting to resolve the problems facing our country? 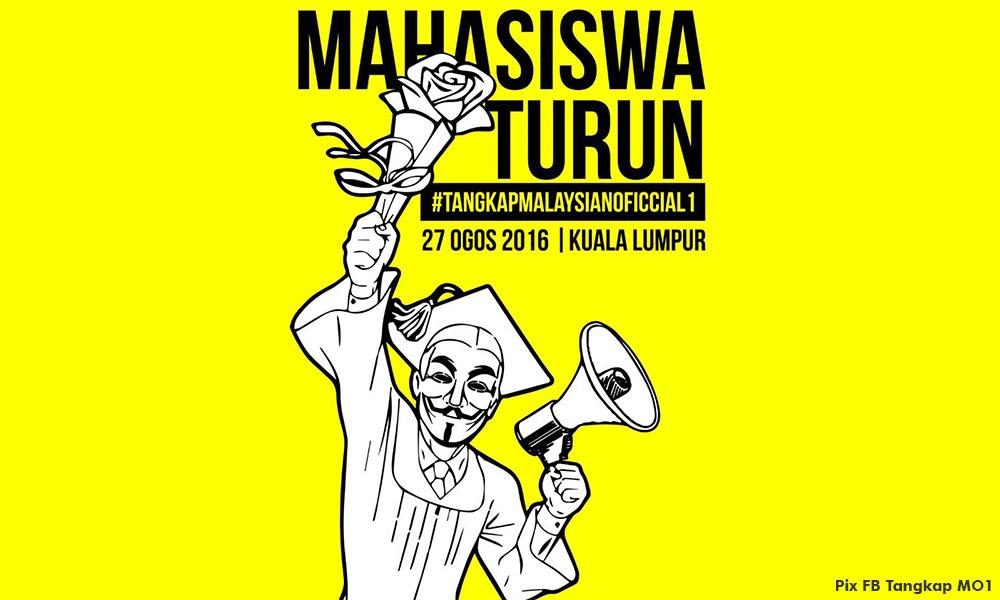 IT IS A CHALLENGE TO CONVINCE PRIVILEGED YOUTH TO SUPPORT TANGKAPMO1. But we can tell them that even though they may not personally feel any hardships today... we must realise that the majority of Malaysians are already feeling pressure due to the current administration.

Maybe there are youth today who rely on their well-to-do parents and so that they will not feel the hardships.

But there will come a time when they, too, will feel the impact of the current economic problems. I believe that such a situation will not be impossible… and what more, there already are people who are struggling to make ends meet today.

IT HURTS WHEN PEOPLE ACCUSE STUDENTS OF BEING USED BY POLITICIANS. Of course it hurts because we are the ones who initiated the TangkapMO1 rally.

We, as students, are not anti-partisan but we are non-partisan. The two must be differentiated. Non-partisan means we do not serve the interests of any political party. It does not mean that we reject all political parties. We establish a connection with all parties that support us.

Like I said earlier, the term university comes from the word universal. So students should uphold universal values and represent the voices of all parties.

POLITICIANS SHOULD RESPECT STUDENTS’ NON-PARTISAN STAND. This means that all political parties must understand that any cause being championed by students is truly to push for change and without any vested interest. Why so? So that all Malaysians can then truly unite and create a force for us to push for change.

STUDENTS AND YOUTH ARE SYMBOLS OF AN EDUCATED SOCIETY. Maybe in other countries, like Indonesia, they already have a history of student uprising… how (in 1998) they toppled Suharto’s regime. We do not deny such movements carry a great risk… thousands of students were sacrificed. Change happened through bloodshed.

In Malaysia, change is not something impossible. But we hope it would not be through bloodshed.

We remain optimistic that in any country around the world, students and youth play an important role as agents of change.

STUDENTS AS THE PEOPLE’S VOICE. We, as students, we know, we understand, we are educated people who see what is going on in our country… It is therefore our duty to inform other Malaysians who may not have the same access to information.

At the very least, we as students have sparked a wave of consciousness among all Malaysians, on the need to rise for change.

I believe in people power.

RELIGIOUS SCHOLARS TEND TO REMAIN SILENT ON CORRUPTION. I am not out to condemn any party but the majority of scholars tend to focus more on things that we all know is wrong from a religious perspective but keep ‘silent’ on bigger issues.

Take for example their protest against concerts, but keep silent when it comes to issue of rampant corruption. So I don’t think that reflects true Islamic values.

I am not saying concerts are a good thing. I am just questioning why we are not fighting against something (corruption) that is clearly an act condemned by all religions. 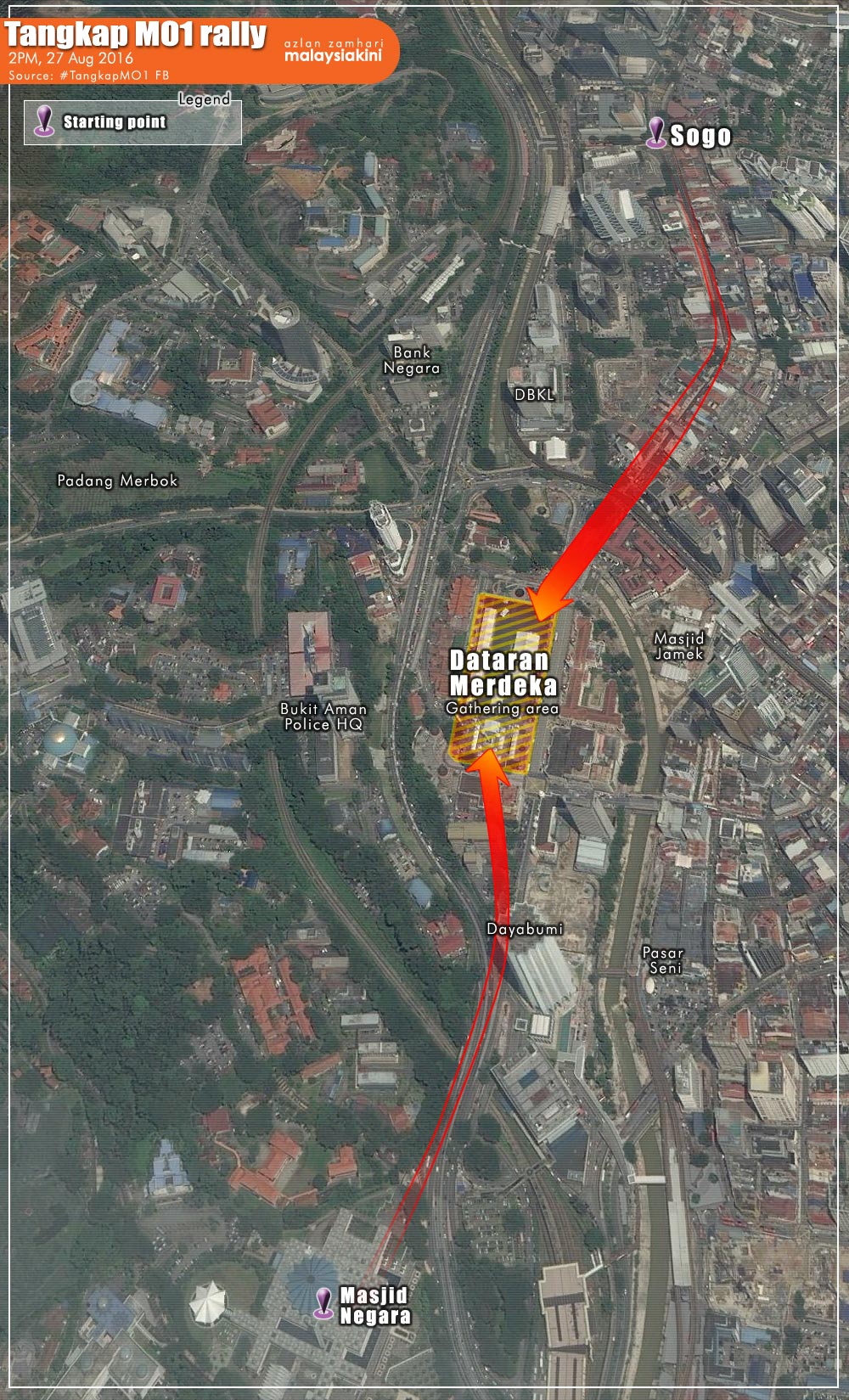