COMMENT According to former deputy prime minister Musa Hitam in his book, 'Frankly Speaking' there are three ways Malaysians can get rid of Prime Minister Najib Abdul Razak.

The first is through Umno, which Musa thinks is “near impossible”; the second is through foreign intervention, which is a greater impossibility despite the much publicised scare tactics used by his supporters to whip up anti-American sentiment; and the third is for Malaysians to decide whether they want Najib out through the next general election (GE14).

Musa omitted to mention a fourth way - the one which looks most likely to happen unless there is an extraordinary and unexpectedly rapid sequel to the IMDB and personal donation in the prime minister's bank account controversies.

This fourth and most foreseeable way is Najib's decision to voluntarily step down from his position as prime minister and president of Umno and hand over of the leadership reins of the nation and party to current Deputy Prime Minister Ahmad Zahid Hamidi, who is now also Umno deputy president.

This decision may not take place immediately or even soon. But the odds are that BN and Umno will not go into GE14 with Najib in charge and also that this decision will be made well before the election takes place. Hence, if GE14 is held in early 2018, expect the announcement of Najib’s retirement from politics to take place in early or mid-2017 at the latest.

After The Great Escape

There are personal and strategic reasons why Najib will want to leave the leadership scene earlier than most observers are expecting, and contrary to his earlier promise to “never back down or surrender” in his battle over the twin scandals.

Firstly, he must be feeling a great sense of relief - if not euphoria - for what appears to be the engineering of a great escape from being charged for his role in the wrongdoing and criminal conduct engaged in by the perpetrators of the 1MDB crisis.

Now that the authorities (Bank Negara, the attorney-general, the Public Accounts Committee and Malaysian Anti-Corruption Commission or MACC, with the police also expected to follow suit once they complete their investigation) have cleared the prime minister - or in the case of the PAC, it has not definitively pinned Najib down for responsibility in the IMDB mess - Umno and the mainstream media can argue that he is leaving office with his head held up high and honour intact.

In April 2015, in his speech during the launch of the Performance and Delivery Unit's Annual Report at Angkasapuri in Kuala Lumpur, Najib urged everyone to be magnanimous (berjiwa besar). He said: ”Believe me, when the truth shines out and reveals itself, all insults and imputation will disappear.” 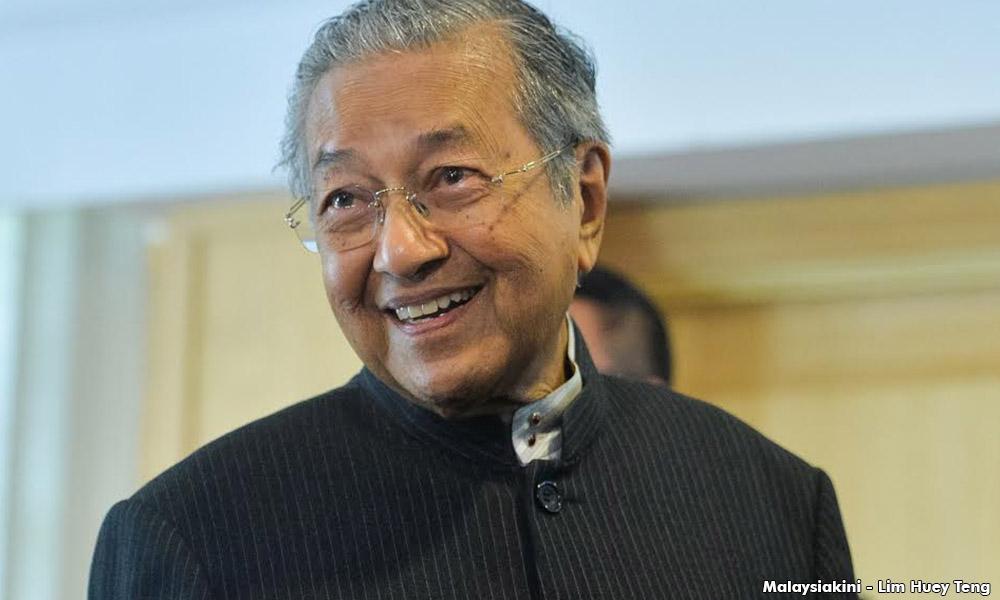 Although the insults and imputations continue, and the truth has not been forthcoming, a year later, along with his claim of innocence in any wrongdoing, he will also want to claim victory against his two political enemies, Dr Mahathir Mohamad (photo) and Muhyiddin Yassin, whose efforts to dislodge him have produced the new party, Parti Pribumi Bersatu Malaysia (Bersatu).

The more compelling reason for Najib’s decision to call it a day as prime minister is strategic. Foremost in the mind of Najib and Umno leaders who have rallied behind him is the concern that Bersatu may gain a strong footing among Malay voters.

Despite downplaying the new party's impact in public, it is apparent that Umno's leadership are nervously watching and analysing how the new party may take away votes from Umno leading to a tighter general election outcome, and possible inroads into the party's dominance in GE14.

Such a development is more likely to happen should Najib decide to remain as the incumbent prime minister as he will be leading his party into the election with a massive cloud hanging over his head, and with the difficulty to refute charges that he is leading a kleptocratic government sure to dominate the election campaign.

The voluntary resignation of Najib will pose a dilemma, especially forMahathir and Muhyiddin on what to do with their new party, since the main objective in setting it up may appear to have been achieved. Does this mean that they will abandon their struggle to refashion Malay and Malaysian politics and return to the Umno kleptocratic fold? Even if they decide to stay the course of political opposition, how can they woo the Malay public to vote for them instead of Umno without Najib at its helm? 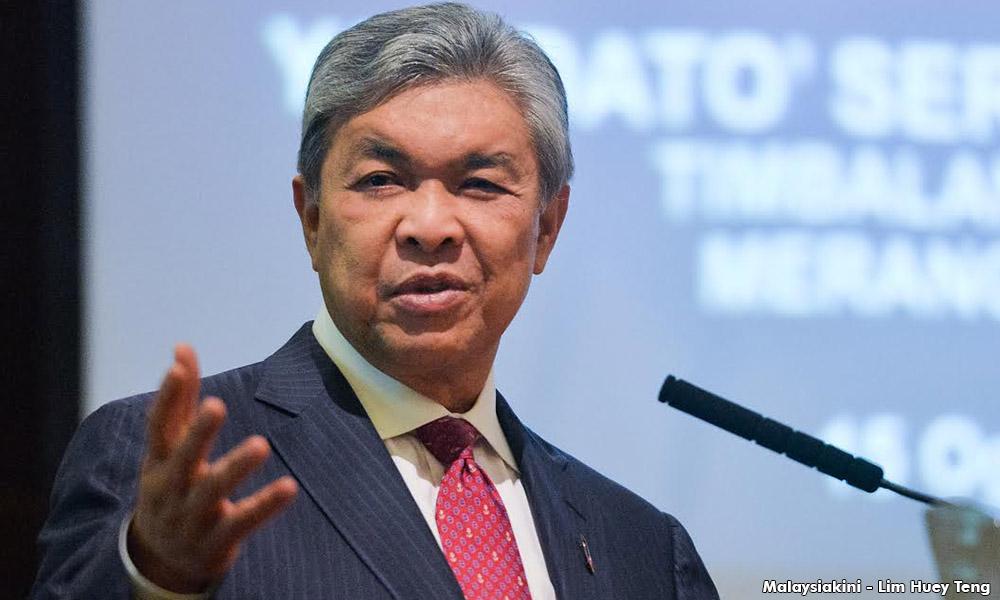 The prime minister’s resignation well ahead of the election makes sense for Najib and Umno. His successor as prime minister, Zahid (photo), can then present himself to the voters as a leader who, accompanied by a suitably brand new slogan of reform and clean government, can take Umno, the Malays and Malaysia to higher heights of achievement and glory.

The shame, unresolved mess and financial black hole left by 1MDB and the mysterious “1MO” can then be ignored or isolated, and pushed into the far distance in the run-up to GE14, thus providing Umno an easier path in its effort to maintain power.

As for Najib, he will take comfort that, with the continuation of Umno's control of Parliament and Putrajaya, his name will appear in the official write up and history books as a true Malay and Malaysian warrior whose sacrifices and contribution to the country's development overshadow whatever minor mistakes may have been made during his administration.

This ‘heroic’ depiction of Najib would especially gain credence should a panel of doctors - in the way the 1MDB accounts have been audited - find the prime minister unable to continue with his duties for medical reasons and recommend his immediate retirement to safeguard his health.

Hints of this impending scenario in the political affairs of the country have not appeared yet. But one faint indication is the prime minister's recent disclosure that he will not disturb the leadership style of his successor, especially by issuing various criticisms openly after his retirement.

Speaking in a question-and-answer session in the programme '60 Minutes with the Prime Minister' together with undergraduates from local and foreign universities and representatives of youth organisations, Najib said: "I have a philosophy. I will retire and will not interfere with my successor when the time comes for me to go (as prime minister) later. My successor will do better than when I was helming the nation. That is continuity in any struggle."

In the coming days, we can expect these stories of the prime minister, and even his wife, wishing to take up gardening and wanting to forget or get away from his own created nightmare of 1MDB to grow stronger.

LIM TECK GHEE is a former World Bank senior social scientist, whose report on bumiputera equity when he was director of Asli's Centre for Public Policy Studies sparked controversy in 2006. He is now CEO of the Centre for Policy Initiatives.