The Malaysian Paralympics contingent will be feted upon arrival at Kompleks Bunga Raya, KL International Airport this Thursday.

The festivities are expected to start at around 2pm, while the Paralympians would be welcomed with a water salute as they arrive at 3pm. Prime Minister Najib Abdul Razak is also expected to be present to make a speech.

They will then join a celebratory parade at 5pm in an open-top bus from Jalan Tun Razak to KLCC on Jalan Ampang, at 5.30pm, Youth and Sports Minister Khairy Jamaluddin said.

The convoy will stop at the entrance of the Petronas Philharmonic Hall at KLCC, before heading towards Pavillion Mall at Jalan Bukit Bintang via Jalan Sultan Ismail and Jalan Raja Chulan. Each stop lasts only about 15 minutes.

The parade will end at the Paralympics Sports Centre of Excellence in Kampung Pandan, where the Paralympians would hold celebrations with their friends and family, he said.

He hoped that Malaysians would come up in droves to welcome them either at airport, at KLCC and Pavilion, or along their parade route.

“I hope people who are working in KLCC, who happen to be in KLCC or the Bukit Bintang area would come out to celebrate these athletes, because we heard so much about the public wanting to support them and the public being so proud of them.

“This is the time for the public to come out and show their support and their pride,” he told reporters at a press conference at the Kuala Lumpur Court Complex.

Malaysia had its best showing yet at the Rio 2016 Summer Paralympics, bagging three gold medals and one bronze medal.

She came fourth in the final when Poland's Barbara Niewiedzial dived and landed flat on her face with her lower body crossing the finish line, to take the bronze medal.

Asked about the unprecedented scale of the celebrations, Khairy said this is commensurate with the Paralympians’ extraordinary achievements.

In garnering three gold medals and delivering Malaysia’s best-ever Paralympic performance, he said they had surpassed all expectations.

In addition, he said Malaysia’s Olympic team had the benefit of being paraded at the National Day celebrations on Aug 31.

“Obviously when the Paralympians come back, we don’t have the National Day parade for the time being, so we decided to create a convoy for them to go through the city centre,” he said. 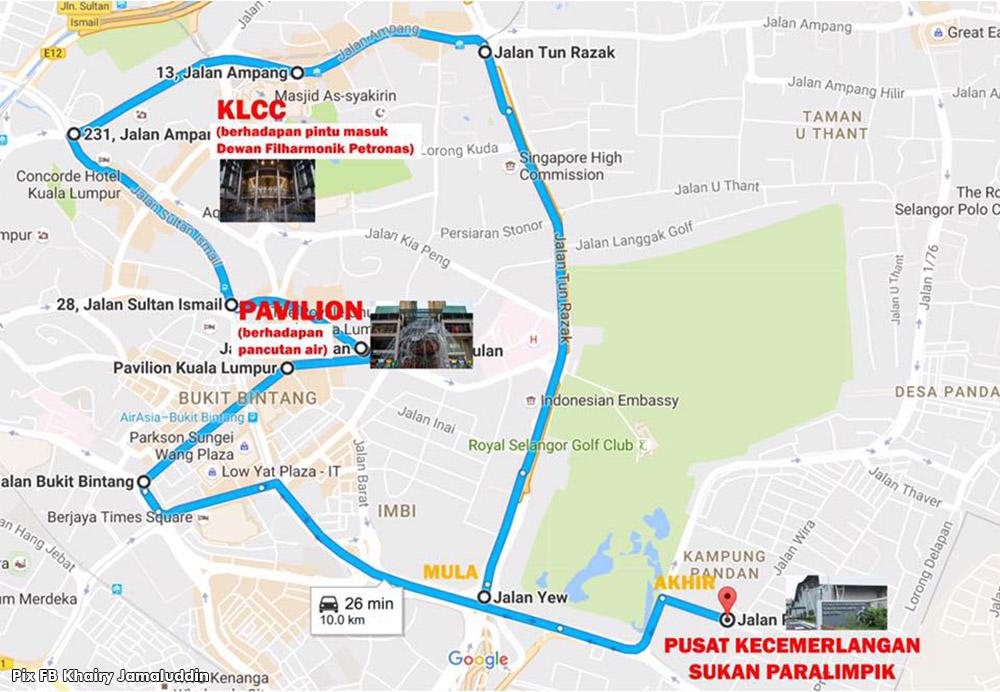 Read more like this :
#paralympics
#khairyjamaluddin
View Comments
Most Read
Most Commented
Most Recent