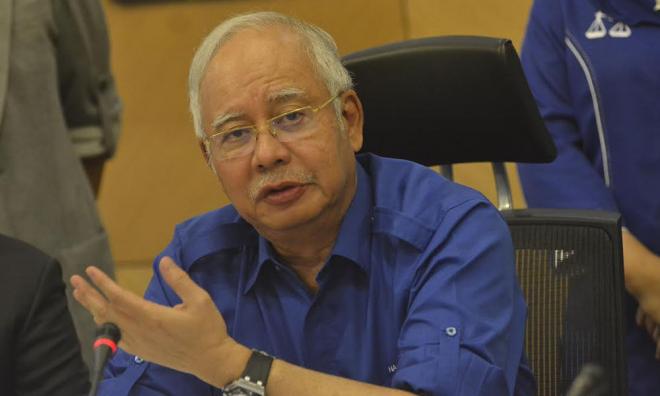 So? Is Najib going to hand over power to Zahid? Should he?

ANALYSIS Prime Minister Najib Abdul Razak is expected to call for snap elections as early as March next year.

So what? Does this mean that Najib will step down and hand over the reins to his deputy Ahmad Zahid Hamidi, before or after the polls?

That is why Zahid is at the United Nations General Assembly instead of Najib, right?

Long story short, as has been pointed out time and again, no, Najib is not going to step down.

Sarawak Report editor Clare Rewcastle-Brown does not think he will quit, and neither do analysts.

"There's no reason for him to (quit), so it's not likely to happen.

"If he hands over power, it's as though he's admitting that all those accusations made against him were true," Universiti Malaysia Sarawawak (Unimas) professor Jeniri Amir told Malaysiakini.

Najib has been accused of corruption, and swindling money from 1MDB, allegations which he vehemently denies.

From a strategic point of view, would pushing Najib out be good for BN?

One analyst believes so.

"It will take away Najib's baggage, and some bullets from the opposition," Universiti Kebangsaan Malaysia's Faisal Hazis said.

But Faisal believes it is not necessary for BN to do so to clinch a victory, and is thus unlikely to do so.

"I don't think realistically, that would be the picture for the next election.

"The actions taken by him and the government show that he (Najib), means to stay," he added.

He also highlighted the redelineation exercise, which the opposition says is a gerrymandering exercise meant to benefit BN, by making sure that they can hold on to their Malay power bases.

Najib has said Umno and BN do not necessarily agree with the redelineation exercise, and that they would be raising their concerns.

This means those wanting to see the back of Najib are unlikely to have their wishes granted any other way than an opposition victory at the ballot box.