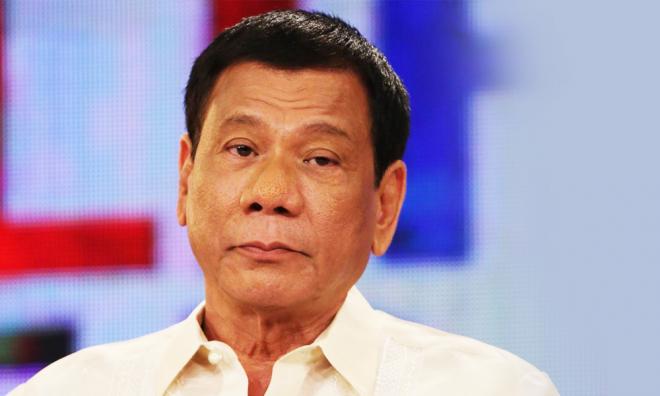 Philippine President Rodrigo Duterte said yesterday he would visit Russia and China this year to chart an independent foreign policy and “open alliances” with two powers with historic rivalries with the United States.

Duterte said the Philippines was at the “point of no return” in relations with former colonial ruler the United States, so he wanted to strengthen ties with others, and picked two global powers that have been sparring with Washington on the international political stage.

Last week, he last declared he would visit China, with which ties remain frosty over a South China Sea arbitration ruling won by the Philippines in July. He said Russian Prime Minister Dmitry Medvedev was expecting him in Moscow.

China claims most of the South China Sea, through which more than US$5 trillion of trade moves annually. Brunei, Malaysia, the Philippines, Taiwan and Vietnam have rival claims.

An arbitration court in The Hague in July invalidated China’s claims to the waterway in a case brought by the Philippines, a ruling Beijing refuses to recognise.

“I am ready to not really break (US) ties but we will open alliances with China and... Medvedev,” Duterte told reporters, adding he would open up the “other side of the ideological barrier”.

He welcomed investment and shrugged off rating agency Standard and Poor’s concerns last week about the Philippine economy on his watch.

“Never mind about the ratings,” he said. “I will open up the Philippines for them to do business, alliances of trade and commerce.”

The peso fell yesterday to its lowest since 2009, and foreign investors have dumped local shares for six straight weeks, worried about Duterte’s anti-US rhetoric and brutal war on drugs, which has alarmed rights groups at home and abroad.

In Washington, State Department spokesperson Mark Toner said the Philippine government had not contacted the United States about the comments made by Duterte.

US cooperation with the Philippine government remains strong and the United States has not seen anything that would indicate a shift by Manila, Toner said at a daily news briefing.

“They’re a sovereign nation and we’re certainly not going to hold them back from pursuing closer relations with either of those countries. ... It’s not a zero-sum game,” he said.

Duterte also said he would open up telecoms and airlines, two domestic sectors long controlled by local players and criticised for being uncompetitive. He did not elaborate.

His vitriol against the United States has become a near-daily occurrence, sparking both amusement and concern. Yesterday he accused Washington of “hypocrisy” and “lording it over us”.

His latest swipe included ruling out participation in any maritime conflict initiated by the United States, despite a 1951 treaty which Duterte said required Manila to back Washington.

“I am about to cross the Rubicon between me and the US,” he said,” without elaborating. “It’s the point of no return.”

Toner said he would dispute Duterte’s premise that the United States might start a maritime conflict. “The United states has a strong security presence in the Asia-Pacific region, but we’re certainly not looking to start a military action against anyone,” he said.

It was unclear whether Duterte’s outbursts will affect relations between the two countries, whose militaries have scheduled joint exercises in October.

Yesterday, the US embassy in Manila announced two-week deployment of a pair of C130 planes and 100 troops at an air base in the central Philippines, the third of its kind this year, as part of a rotational troops agreement.

Separately, Duterte said the United Nations, European Union and United States would get a free hand to investigate killings in his anti-narcotics campaign, but only under Philippine laws.

Deaths in the campaign have averaged more than 40 a day since Duterte took office on June 30.