Rafizi said the non-Malay BN parties, who will lose out if the EC's boundary change proposal goes through, can do so by declaring their suppport for Rafizi's Private Member's Bill to amend the Federal Constitution.

Rafizi submitted the Bill, which aims to take away redelineation powers from the EC, to Parliament today.

The PKR secretary-general said that by declaring their support for the Bill, the non-Malay BN parties can pressure Umno into blocking the redelineation proposal.

"We are in seeing a unique situation where the likes of MCA, MIC, Gerakan and the Sabah and Sarawak parties in BN have leverage against Najib," he told Malaysiakini.

"I don't think Najib wants to witness the disbanding of the BN," he said.

Rafizi said he is writing to non-Malay BN MPs and their party leaders to invite them to support the cause for their collective benefit.

"They (non-BN Malay parties) have nothing to lose," he said, adding that the EC's proposal effectively reduces the non-Malay voice in Parliament.

He said he is opting for a "political solution" instead of taking the matter to court, as he believes there is much greater chances of success.

He said the Bill "may not see the light of day", but is a "tool" to galvanise support from non-Malay BN parties to pressure Umno.

Rafizi said his Bill seeks to take away redelineation powers from the Election Commission (EC) and place it in a newly-formed redelineation committee, headed by a sitting federal court judge.

The chairperson's appointment must be tabled and passed in Parliament by two-thirds majority, the Bill proposes.

However, government business is prioritised in Dewan Rakyat sittings, lowering chances of a Private Member's Bill to be tabled.

But the government in the last session submitted a motion to prioritise PAS president Abdul Hadi Awang's Private Member's Bill to amend the Syariah Courts (Criminal Jurisdiction) Act 1965, or Act 355, ahead of government business.

Hadi's bill is often referred to the Hudud Bill as it could pave the way for the implementation of the Islamic criminal law, if passed.

Many polling districts that voted for non-BN parties in the last general election are affected.

Thie boundary changes either effectively eliminates a non-BN party's winning majority, or turns the constituency into a marginal seat for a non-BN party, the portal found. 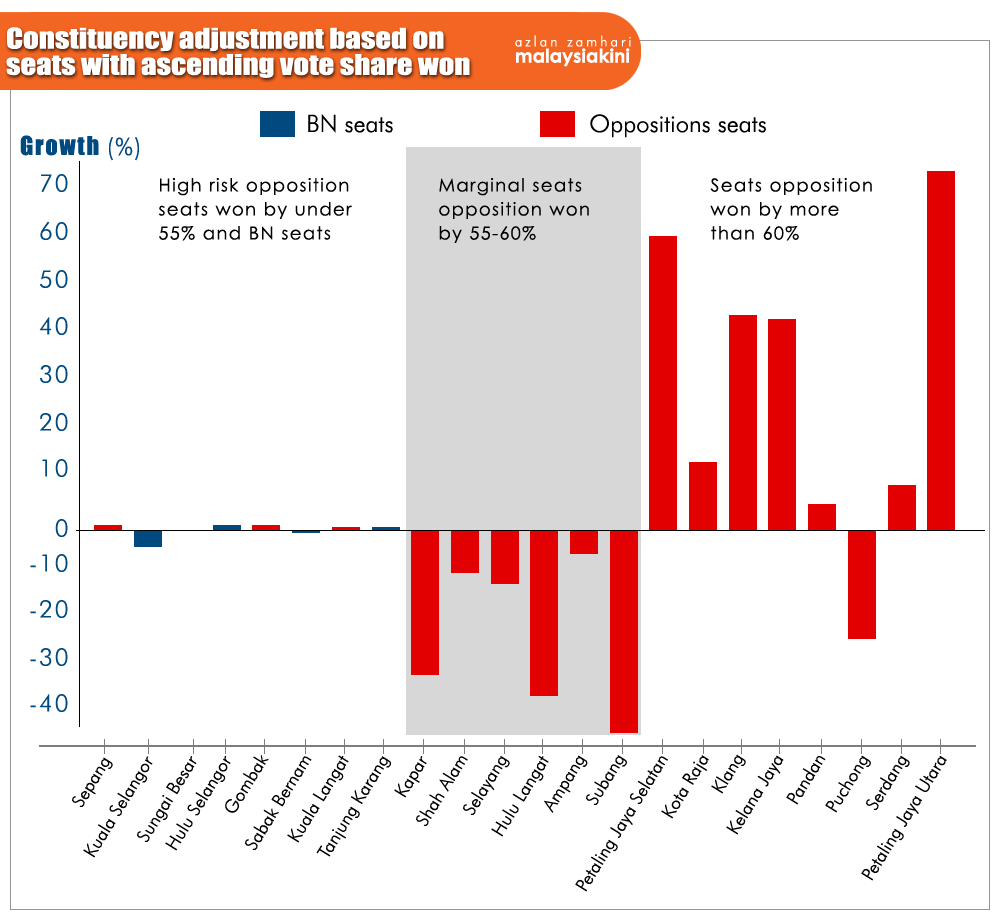