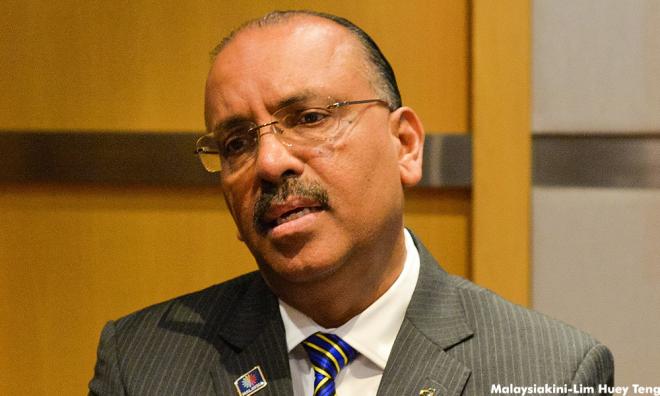 We're not all corrupt, says chief secretary after Sabah arrests

The public should not regard all the 1.61 million civil servants in the country as corrupt because of the involvement of a few individuals in the malpractice, said chief secretary to the government Ali Hamsa.

Referring to the recent arrest of the director and deputy director of a government agency in Sabah by the Malaysian Anti-Corruption Commission (MACC), he said this was an isolated case while almost all the other public servants had integrity.

Ali said the government always conducted programmes to raise the integrity of its officers and staff since their appointment in the service and were also always reminded, be they at the top posts or at the lowest grades, to uphold integrity.

"We have 1.61 million public servants and almost all of them have integrity, so the (recent) arrest should not imply involvement (in corruption) by all public servants," he told reporters after the 'Young Generation Education Seminar: Techniques of Answering Examination Questions' in Putrajaya, today.

Last Wednesday, the MACC seized more than RM100 million from two senior officers of a government agency in Sabah for alleged abuse of power and corruption involving infrastructure projects worth RM3.3 billion, and this is the biggest case in the MACC's history.

Sources close to the MACC investigation team said with the latest individuals recorded, Ops Water had so far involved 28 people.

"Those who had their statements recorded today were owners of several companies believed to be involved directly in the construction of infrastructure projects of the Sabah Water Department," the source said.

When contacted, MACC deputy chief commissioner (operations) Azam Baki confirmed the information but declined to comment further as the investigation was still going on.