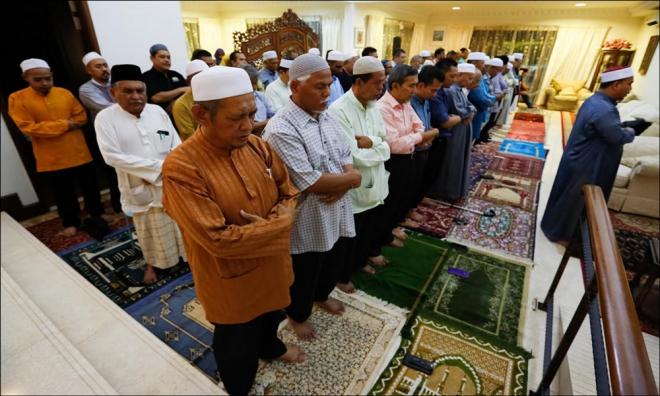 The gathering was attended by about 150, family, friends and supporters started at 6.30pm and ended at 11pm at the former opposition's leader's residence in Segambut.

Speaking to those present, Anwar's eldest Nurul Izzah Anwar said that while tomorrow's review is the final legal recourse for her father, this does not mean the end of their efforts to free him.

She said a variety of methods will be used to achieve their final objective which will be announced soon.