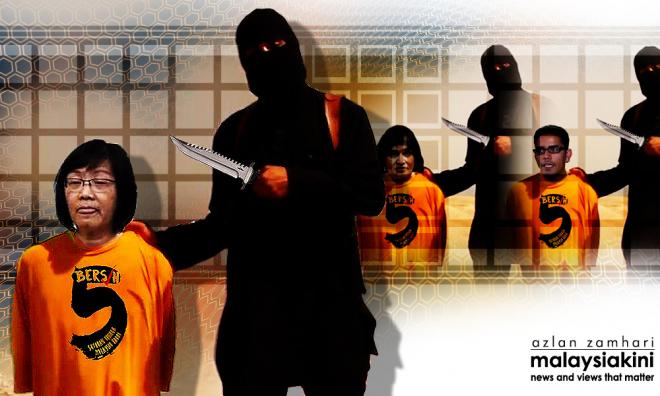 Maria Chin, Ambiga to lodge report over death threat, say image is 'too much'

Bersih chairperson Maria Chin Abdullah has confirmed receiving a death threat from an anonymous individual, in the run-up to the Nov 19 Bersih 5 rally.

The death threat was in the form of an image of a man shrouded in all black and holding a dagger, with one hand on the scruff of 'her neck' - her image wearing a Bersih 5 t-shirt superimposed on the original photo.

"We need some excitement in our lives right?" said Chin when contacted this morning.

"I got a lot of these kinds of threats from unidentified numbers.

"Normally I would ignore them but this time it is a bit too much... Think of my three sons," she said, adding that a police report will be lodged later this evening.