Malaysia and China have signed 14 Memorandums of Understanding (MOUs) related to the defence, economy, agriculture, education, finance and the construction sectors.

Prime Minister Najib Abdul Razak and his Chinese counterpart Li Keqiang witnessed the signing ceremonies after jointly chairing a bilateral meeting between Malaysia and China at the Great Hall of the People in Beijing yesterday.

The New Straits Times quoted Najib as saying the 14 business arrangements sealed between two countries were worth RM143.64 billion.

"What we achieved today is historic,” he told a press conference with Malaysian media in Beijing yesterday.

Ahmad Shabery also inked a Protocol between the General Administration of Quality Supervision, Inspection and Quarantine of the People’s Republic of China and Malaysia's Agriculture Mnistry on Inspection, Quarantine and Veterinary Hygiene Requirements for Export Raw-unclean Edible Birdnest with Zhi.

Najib earlier received a courtesy call from National People's Congress (NPC) chairperson Zhang Dejiang at the Great Hall of the People before being welcomed by Li at a special welcoming ceremony on the grounds of the area.

The Jalur Gemilang (Malaysian national flag) and China's national flag were flying proudly in the chilly evening, and the national anthems of both countries, Negaraku and 'March of the Volunteers' filled the air the moment Najib and Li reached the dais to receive a salute from the guard-of-honour mounted by the Chinese People's Liberation Army as well as a 19-gun salute. 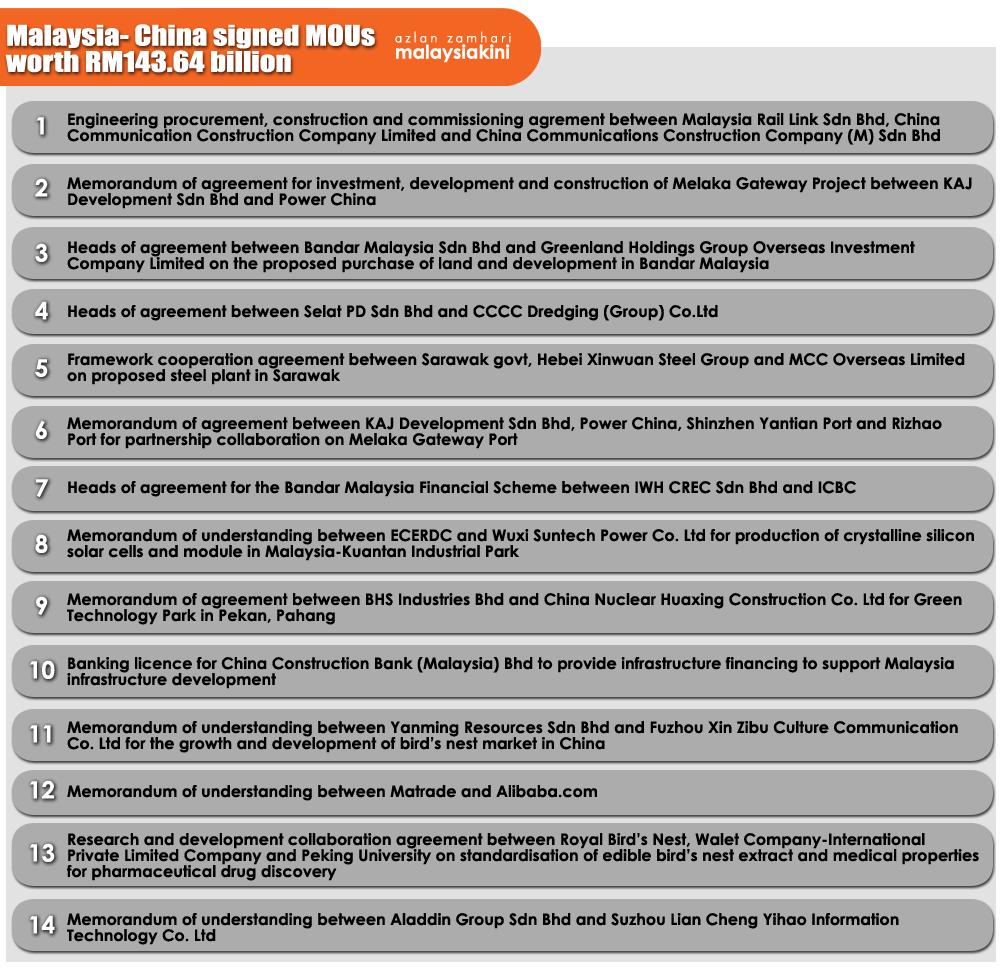