MP SPEAKS When the Programme for International Student Assessment (Pisa) 2015 results were released on Dec 6, officials from the Education Ministry were quoted in a news report as taking pride that Malaysia’s Pisa’s scores for Mathematics, Reading and Science had improved from 421, 398 and 420 respectively in 2012 to 446, 431 and 443 respectively in 2015.

No doubt, mnisters, deputy ministers and politicians from the BN will use the latest Pisa scores as ‘proof’ that Malaysia is on the ‘right track’ when it comes to the standard of education in the country.

What they would have conveniently left out is the fact that Malaysia does not feature anywhere in the 2015 Pisa rankings for Mathematics, Reading and Science.

The official reason stated, on Page 340 of the Pisa report for Malaysia’s non-inclusion is:

"In Malaysia, the Pisa assessment was conducted in accordance with the operational standards and guidelines of the OECD. However, the weighted response rate among the initially sample Malaysian schools (51 percent) falls well short of the standard Pisa response rate of 85 percent. Therefore, the results may not be comparable to those of other countries or to results for Malaysia from previous years."

It is hard to imagine any school principal not allowing his or her school to participate in the Pisa 2015 test if the Education Ministry had already chosen that school to be in the original sample.

For example, according to the website of the Negri Sembilan Department of Education, the 14 schools listed as the Pisa 2015 sample schools include all seven (100 percent) of Negri Sembilan’s secondary-level High Performing Schools or Sekolah Berprestasi Tinggi (SBT), and all eight (100 percent) of its Fully Residential Schools or Sekolah Berasrama Penuh (SBP). The average student from a SBT or SBP will clearly outperform an average student from a regular secondary school.

The evidence of a biased sample in favour of high performing schools can also been seen in Pisa 2015’s own data on Malaysia.

It is highly likely that those overseeing Pisa 2015 saw that the Education Ministry in Malaysia was trying to rig the sample size in order to artificially boost its scores. Is this why Malaysia was ultimately excluded from Pisa 2015 rankings?

The education minister should explain so that we are not fooled into thinking that all is well and good in our education system as ‘evidenced’ by the latest Pisa scores. 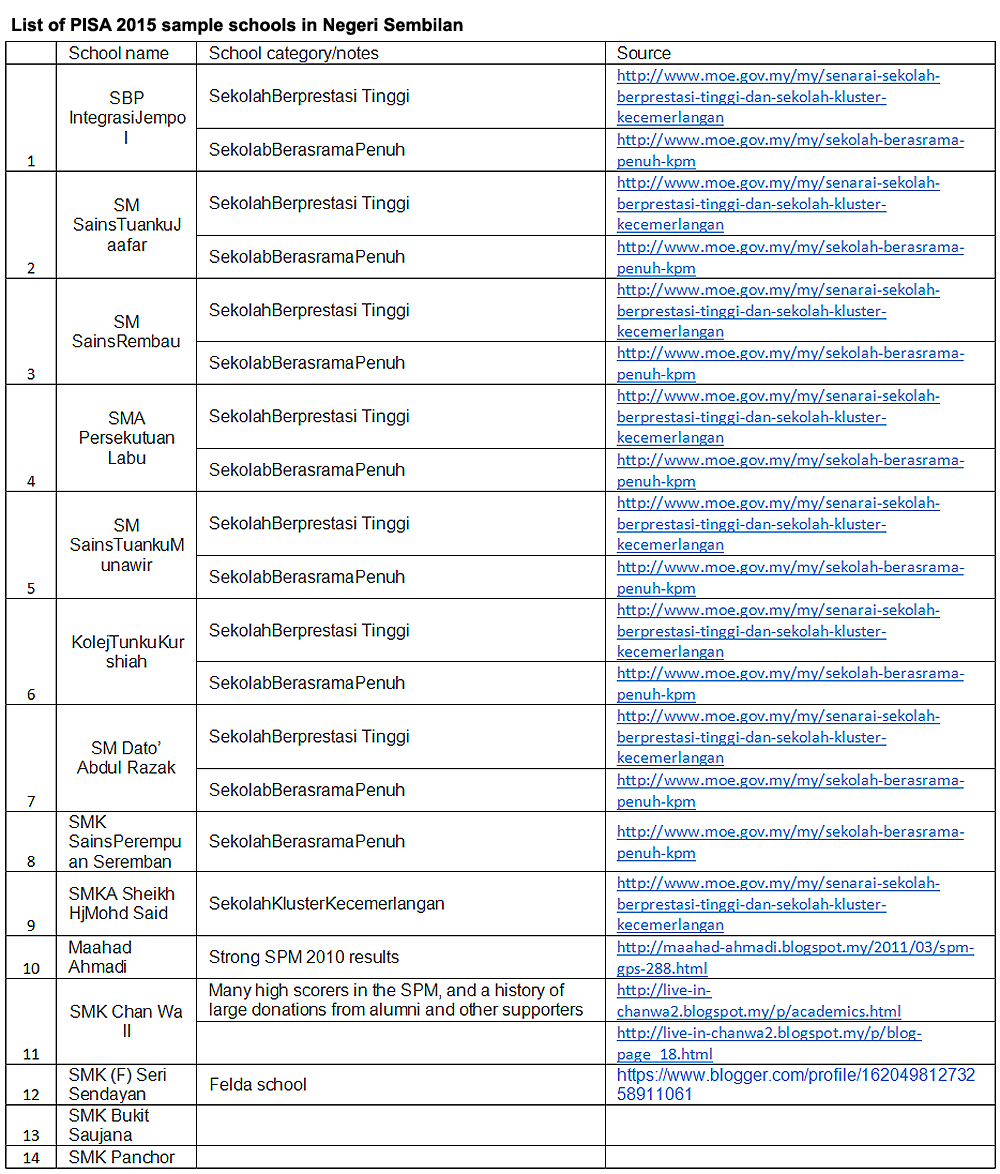 ONG KIAN MING is the MP for Serdang