Johari said the project, with a gross development value of at least RM40 billion, is now a government undertaking.

"TRX is now taken over by the MoF and we are going to complete the entire project. We will complete it. 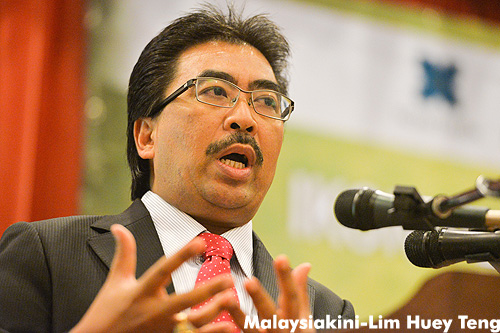 "We will have to finish it. Otherwise, we will have to leave it to 1MDB and they will never be able to do it," Johari (photo) is quoted as saying by The Malaysian Reserve yesterday.

TRX was touted as a future hub for Islamic finance when it was launched in 2012 by Prime Minister Najib Abdul Razak.

The 70-acre project, located on prime land next to Bulatan Pandan in Kuala Lumpur, was a key asset for 1MDB, which acquired the land from Putrajaya at RM194.1 million (or RM63.4 per square feet) in 2010.

Since then, the value of the land has increased exponentially. Lembaga Tabung Haji, for example, paid RM2,774 per sq ft for a 0.64ha plot of land in TRX last year.

Following this, Putrajaya ordered an aggressive debt restructuring plan, part of which included relying on TRX and 1MDB's Bandar Malaysia project to generate the needed funds.

Thus far, Putrajaya had sold off a 60 percent stake in the Bandar Malaysia project while portions of the TRX project were sold to foreign developers, including Indonesian construction giant Mulia Group and Australia's Lendlease Group.

It is projected that the TRX project would be completed in 2027.