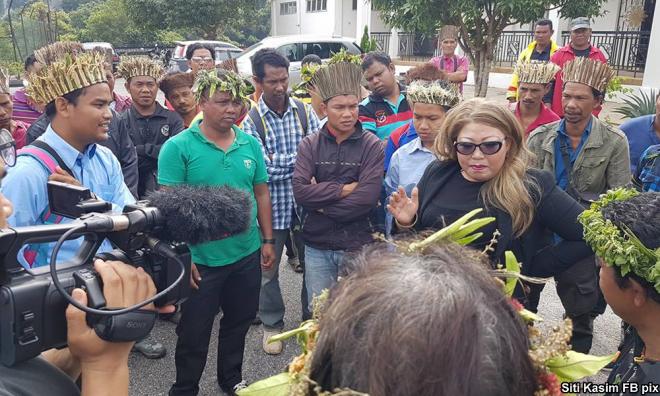 In a victory for the Orang Asli of Gua Musang, the Magistrate's Court there today quashed a logging company's bid to dismantle the Orang Asli anti-logging blockade.

"The court rejected the company's application in claiming that they have a right to occupy (the land).

"The court agrees that the Orang Asli are the rightful occupiers, meaning that they are in control of the area.

"The company failed to prove that by virtue of their permit or licence, they (the company) are the occupier there," said lawyer Siti Kasim who represented the Orang Asli community.