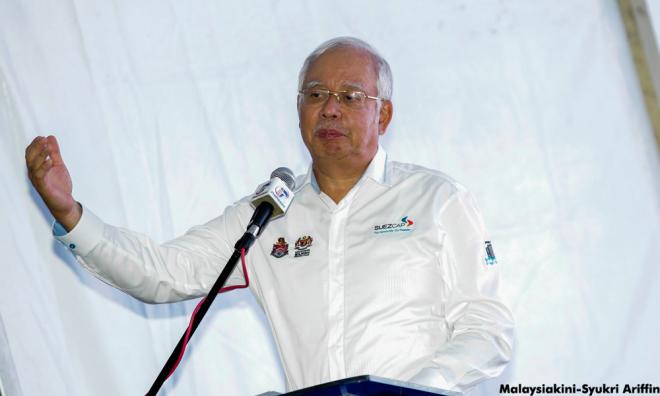 Wasatiyyah concept to be taught in school, says PM

The concept of wasatiyyah or moderation is proposed to be incorporated in the school and university curricula to raise understanding of the concept, says Najib Abdul Razak.

The prime minister said the government was making efforts to gather the knowledgeable from all the religions in the country to discuss the wasatiyyah concept to make it the best practice and way of life for the country's populace.

"Surely if we study all the religions, each has practices that can be said to be universal although different in creed but in terms of similarities, whether it is Christianity or Buddhism, there's the meaning of moderation."

Najib said this in the Dewan Rakyat today in reply to a supplementary question from Othman Abdul (BN-Pendang) on whether the government planned to incorporate the wasatiyyah concept in the education curricula and to gather religious scholars to discuss the concept.

He said the government was aware that it was a difficult task to inculcate the wasatiyyah concept among society in Malaysia and the world compared to inculcating hatred.

"This is a big challenge for us because to arouse anger and in fact, hatred is easier than getting people to practise noble values such as wasatiyyah as enjoined by Islam," he said.

Looking at the threats of terrorism, extremism and Islamophobia occurring across the world, Najib said the call for the wasatiyyah concept to be practised universally had now become more relevant.

In this regard, he said, Malaysia was also playing a role by cooperating with other countries in spreading the wasatiyyah concept widely so that the world community would not get trapped in ideologies that were too extreme nor too liberal to the point of ending up misinterpreting the concept of jihad like the Islamic State.

Najib said when Saudi Arabia's King Salman Abdulaziz Al Saud agreed to set up the King Salman Centre for Global Peace in Malaysia, it was an example where Malaysia could collaborate with other countries to widely spread the wasatiyyah concept.

To the original question from Raime Unggi (BN-Tenom) on government measures taken in practising moderation to ensure the country remained peaceful and harmonious, Najib said the government's commitment to this was proven through the introduction of the National Wasatiyyah Policy (DWN) on Oct 21, 2016 towards maintaining peace and harmony.

He said the five main objectives of DWN included increasing public awareness of the wasatiyyah approach as the foundation in life; resolving society's problems created by extremism, radicalism and integrity issues, and strengthening appreciation of wasatiyyah to promote a high spirit of mutual tolerance among Malaysians.