MP SPEAKS | 1Malaysia Development Bhd and Abu Dhabi-based International Petroleum Investment Company have finally announced the conclusion of the much awaited “settlement” to the London arbitration proceedings filed by IPIC against 1MDB.

What is most interesting is that who the winner and loser are can be clearly deduced from their respective statements.

1MDB’s statement was short and sweet, providing scant details other than the fact that “1MDB will, amongst others, make certain payments to IPIC and will assume responsibility for all future interest and principal payments for two bonds issued by 1MDB Group companies due in 2022”. No figures are stated.

IPIC on the other hand made a detailed announcement to the London Stock Exchange, stating clearly that:

(ii) 1MDB and MOF Inc will assume all responsibility of future interest and principal payments of US$3.5 billion worth of bonds, previously guaranteed by IPIC.

The implication between the two statements is staggering.

1MDB tried to paint a rosy picture of the settlement - that the dispute has been resolved with no hard details.

On the other hand, IPIC clearly showed that it got exactly what it wanted, the return of US$1.205 billion worth of cash advances to 1MDB since June 2015 and to discharge itself entirely as a guarantor for 1MDB’s US$3.5 billion worth of bonds.

However, of greater significance is the fact that 1MDB’s concession to the above settlement terms is a direct affirmation and confirmation that 1MDB lost US$3.51 billion worth of payments that have purportedly been paid to IPIC and its subsidiary, Aabar Investments PJS.

Last year, 1MDB and its CEO, Arul Kanda Kandasamy, informed the auditor-general and the Public Accounts Committee (PAC) that the following payments were made to Aabar Investments PJS Limited, a separate company registered in the British Virgin Islands (Aabar BVI). 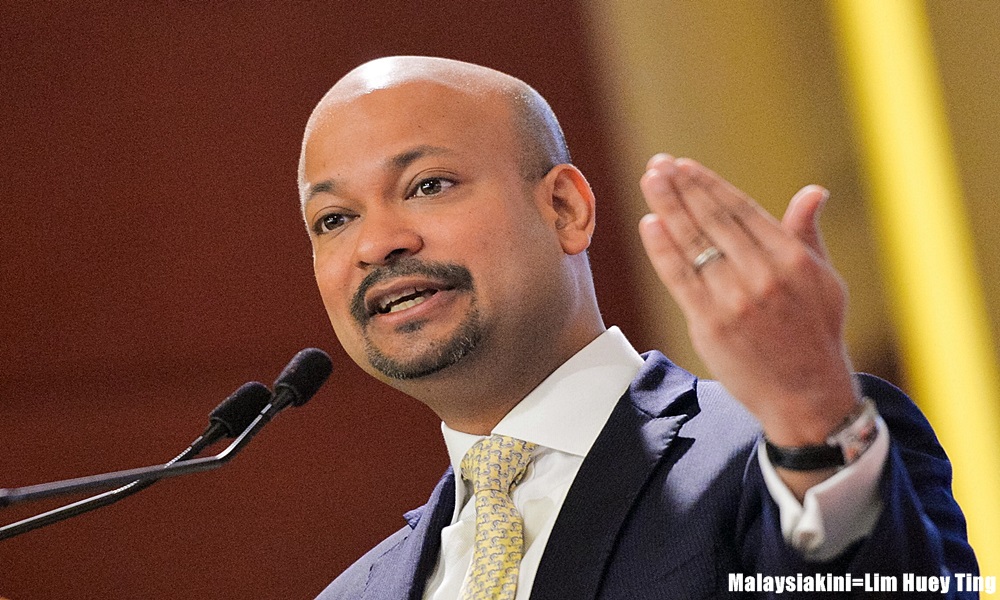 It has already been widely known, and confirmed by the United States Department of Justice (US DOJ), that Aabar BVI is a fraudulent, impostor company. However, 1MDB and Arul Kanda (photo) continued to insist that it is a wholly-owned subsidiary of the IPIC group.

As outlined on Page 92 of the PAC Report on 1MDB, 1MDB claimed it has paid Aabar BVI the amounts of:

(ii) US$993 million for the termination of options granted to IPIC or Aabar in November 2014; and

(iii) Additional sums of US$855 million and US$295 million as “top-up security deposit” in September and December 2014 respectively.

These sums, as emphasised in the PAC Report, could not be verified by the auditor-general as 1MDB has refused to provide the relevant proof and documentation of the transactions, despite repeated requests over months.

The question then is, if we have indeed paid the above sums, totalling US$3.51 billion to IPIC or its subsidiaries, why then are we allowing IPIC to relieve itself as an ultimate guarantor for the bonds, and why is MOF Inc assuming the US$3.5 billion of liability?

Are 1MDB and Arul Kanda telling us that despite having paid US$3.51 billion to IPIC, we still owe the US$3.5 billion we borrowed? Putting it simply, are Malaysians to fork out a whopping US$7.01 billion to settle 1MDB’s US$3.5 billion of bonds?

The only explanation for the incredulous situation is that the US$3.51 billion was never paid to IPIC as claimed. Instead, the funds were misappropriated or laundered, as documented widely in the US DOJ charges against Jho Low and company, and from Singapore’s prosecution of its local banking officers.

Therefore, we urge the Prime Minister, who is also the Finance Minister, Najib Abdul Razak, to come clean on the discrepancy resulting from the “settlement” with IPIC, since Malaysians have now to pay more than double what was actually borrowed by 1MDB.