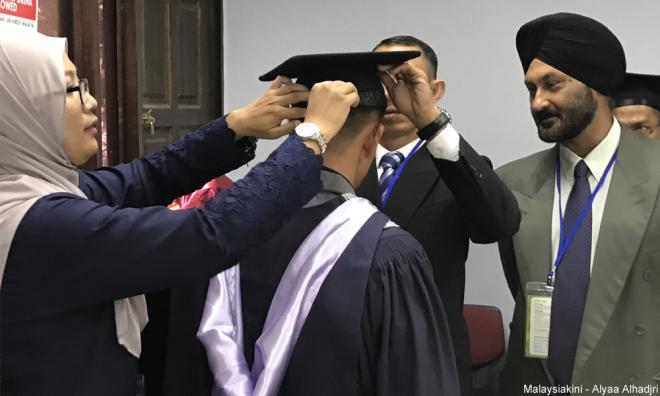 Fattah A* (not his real name) entered Kajang prison in 2001 as a teenager.

He spent three years behind bars before he was convicted for drug offences. As a minor, he was sparred the gallows and sentenced to life imprisonment.

After 16 years in prison, Fattah, along with another Kajang inmate, today joined over 600 graduates who received their certificates from Open University Malaysia.

The two Kajang inmates were awarded a degree in Master of Business Administration.

"Education is important because I can see the difference within me.

"In the past, when I make any decisions, I would only think of my own satisfaction. Now, I will think of the consequences to the society," the 30-year-old Sabahan told reporters before the convocation ceremony in Kuala Lumpur today.