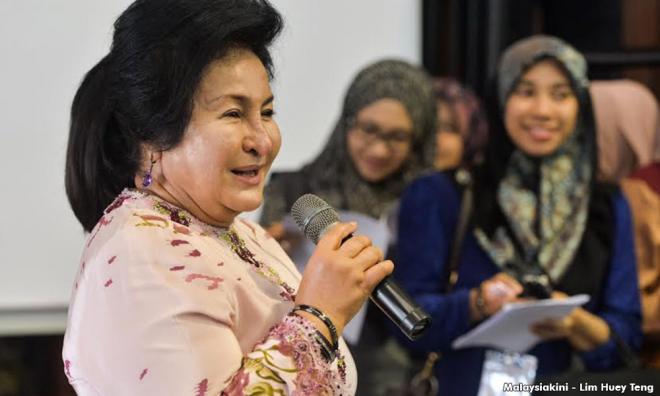 The Prime Minister's wife Rosmah Mansor, who is patron of the Permata Programme, will be in London, from tomorrow until May 10 to expand the programme.

The Foreign Ministry, in a statement today, said she is scheduled to give a speech and open the Nobelist Mindset, a programme organised by Permata Pintar with the Royal Society of London.

The programme was started in 2012 with the New York Academy of Sciences, United States of America, and has since been expanded to involve similar cooperation with the Royal Society of London and University of Cambridge, United Kingdom.

The Nobelist Mindset programme aims to provide opportunities for smart and talented students to carry out Science, Technology, Engineering and Mathematics or Stem-based activities at several universities, like Cambridge University, London College University and ICL London.

"A total of 32 students from the Permata Pintar College, Permata Insan College, Mara College, national secondary schools and public universities, as well as six teachers, will participate in the programme to be held in London for two weeks," it said.

Apart from that, Rosmah is also scheduled to witness the signing of two Letters of Intent (LOI), one between Permata Pintar and Cambridge University, and the other, between Permata Insan and Oxford Centre for Islamic Studies, University of Oxford.

"The collaboration with the Cambridge University is aimed to enable Permata Pintar students to carry out research with renowned scientists from the university, while Permata Insan will explore for cooperation opportunities with the Oxford Centre for Islamic Studies," it said.