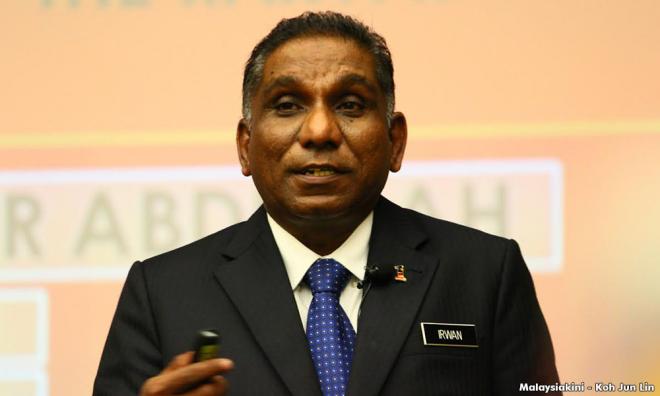 Proposals to develop the Bandar Malaysia project will be accepted up to June 30, 2017 with a final decision on the master developer being made by July 14, says newly-appointed TRX City Sdn Bhd and Bandar Malaysia Sdn Bhd chairperson Mohd Irwan Serigar Abdullah.

He said TRX City would conduct a request for proposal (RFP) process, inviting expressions of interest for the role of master developer for Bandar Malaysia, with the site remaining under the 100 percent ownership of the Finance Ministry.

"The RFP process, which will commence immediately, will entail strict criteria and require interested parties to display relevant experience, a proven track record, speed of delivery, content creation and the financial capability to deliver a project of this scale.

"All interested parties are invited to participate in this process provided they can meet these criteria," he said in a statement today.

He added that the final decision would be made by TRX City in consultation with the Finance Ministry.

Mohd Irwan said Bandar Malaysia, which occupied a key strategic location in the capital, would be a world-class city-within-a city and serve as a catalyst for fast-track economic development and employment, including the new KL Internet City - the key hub of the new Digital Free Trade Zone, and an iconic development to drive tourism.

Meanwhile, on his appointment as TRX City and Bandar Malaysia chairperson, Mohd Irwan said he was committed to delivering exciting and sustainable developments that transform the landscape of the capital and benefit the people and the nation to the greatest extent possible.

"I am honoured to have been appointed chairperson of TRX City and Bandar Malaysia, to maximize value for the government and taxpayers, and to lead the monetisation of 1MDB's remaining real estate assets," he said.