During the special TN50 dialogue for the entertainment industry, Teo had complained that Najib, who stood on a circular podium, was only taking questions from one side of the banquet hall. 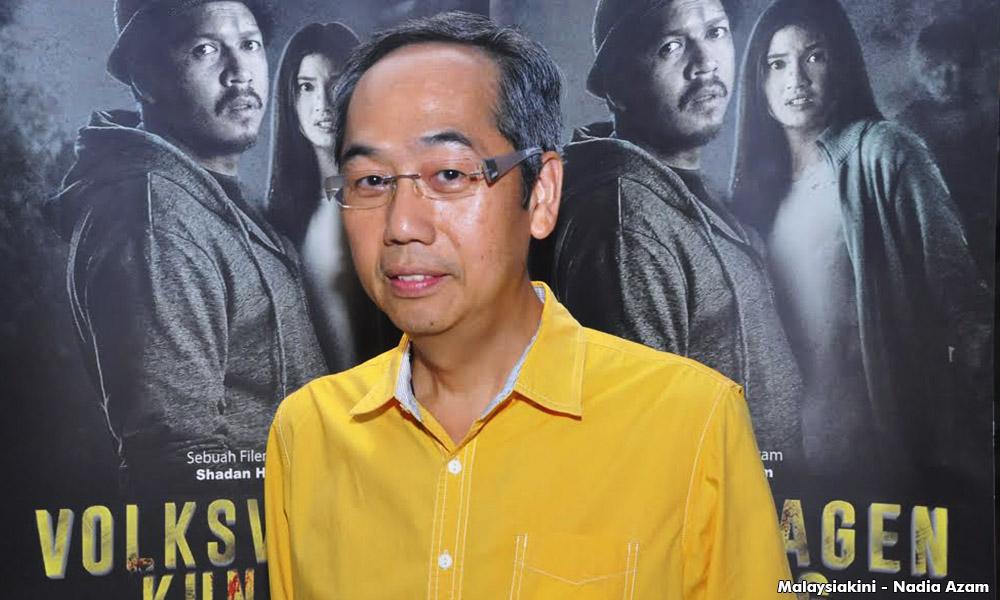 The emcee, fellow director, and actor Rosyam Nor, then told Teo (photo) that he should "behave" and use his one minute to provide ideas.

Despite Teo's boisterous comments, the prime minister smiled throughout and gestured for him to ask his question.

Teo then concurred and began his question with a poem.

However, a man was seen walking from the back to the front of the hall while pointing at Teo.

The incident was carried live on Najib's Facebook page but was not republished.

According to another video from within the audience which provided a different angle, the man who had approached Teo was comedian Sulaiman Yassin, better known as "Mat Over".

Sulaiman was seen delivering a slap at Teo.

However, the slap landed on the left hand of Teo's, who saw him coming and had tried to parry the attack.

A struggle then ensued and Teo subsequently tried to kick Sulaiman away.

The audience and security personnel quickly intervened to separate the two.

Rosyam later apologised to Najib over the scuffle.

However, he laughingly said that they should sit so as to "relax".

Later, Najib asked both Teo and Sulaiman to return to the front of the stage where he urged them to shake hands.

The duo complied, and subsequently also shook hands with the prime minister and hugged him.

The crowd then applauded them.