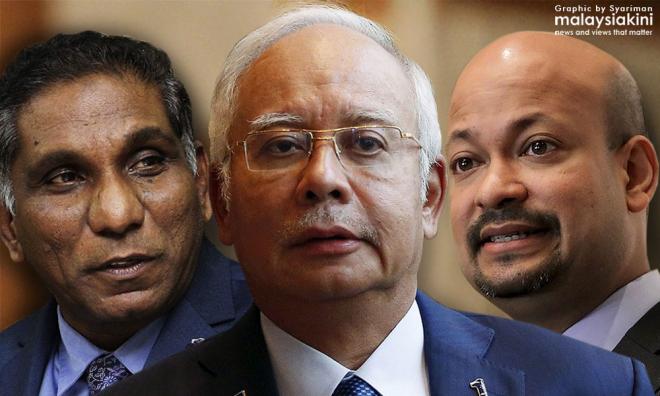 All is not well in the house of Najib?

Raja Petra Kamaruddin, who has been on the warpath against the opposition, has now trained his guns on Treasury secretary-general Irwan Serigar Abdullah in the wake of the latter's appointment as chairperson of TRX City Sdn Bhd and Bandar Malaysia Sdn Bhd.

The blogger's vitriolic article on Irwan prompted speculation if Prime Minister Najib Abdul Razak's advisors are at odds with one another.

Despite reservations regarding the veracity of Raja Petra's allegations, especially the more scandalous ones, PKR vice-president Rafizi Ramli however believes the article indicated that there is competition among the premier's key advisors on Bandar Malaysia.

“Clearly those who are Raja Petra's benefactors are not happy with Irwan's clout in dealing with the restructuring of 1MDB's debts with regard to Bandar Malaysia,” he told Malaysiakini.

Rafizi said he considered Raja Petra to be the mouthpiece of a shadowy group of advisors around Najib.

“So when Raja Petra attacked Irwan so viciously, my assessment is this is about one group of advisors against another group, both are influential around Najib,” he added...