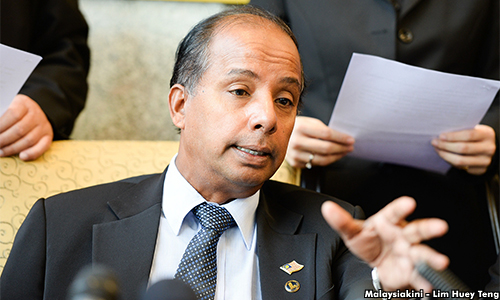 While some have argued against working with Parti Pribumi Bersatu Malaysia (Bersatu) chairperson Dr Mahathir Mohamad due to his alleged misdeeds during his reign as prime minister, Ipoh Barat MP M Kulasegaran has argued that this should not be the case.

Drawing parallels with former deputy prime minister Anwar Ibrahim’s defection to the opposition bloc, he said many had argued against working with Anwar in 1998 as well.

“But time has proven that working with Anwar brought about significant political changes and provided hope for a better Malaysia.

“So if our political agenda today is to save Malaysia, we need to win support of the Malay masses who have been traditional supporters of Umno and BN. And Mahathir is the main person who could help create the Malay tsunami that is required for a political change.

“Opposition supporters must therefore help spread the right message and ensure that all races including the peoples of Sabah and Sarawak will come together in the next general election and save Malaysia,” he said in a statement today.

He claimed that Malaysia would not have a bright future under Prime Minister Najib Abdul Razak, yet despite this, BN leaders would continue to sing praises of him.

He said Mahathir knows this, and that’s why he had burnt bridges with Umno to join the opposition.

“Mahathir knows very well that the only way to save Malaysia is via people power in the coming general election,” he said.