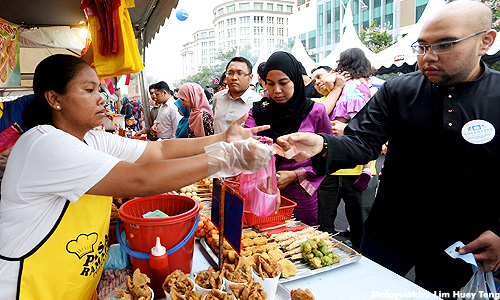 The Federal Territories Islamic Religious Department (Jawi) is stepping up enforcement operations during this Holy month of Ramadan.

Its enforcement chief Wan Jaafar Wan Ahmad said this was being done in all the three federal territories - Kuala Lumpur, Putrajaya and Labuan.

"On the first day yesterday, we caught three Muslims in the Sungai Besi area (here) for eating in public during day time. If Muslims are unable to observe the Ramadan fast because of illness fo age, it does not mean they can eat in public (during fasting hours)," he told Bernama.

He added that action could be taken under syariah laws against offenders. First time offenders can be fined up to RM1,000 or jailed not more than six months or both, if convicted.