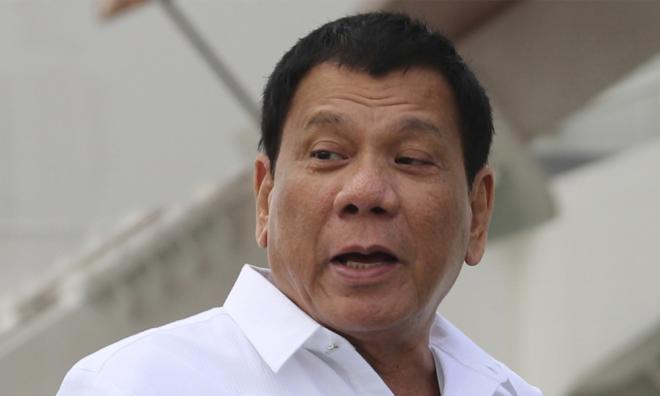 Philippines president Duterte says he 'will not talk to terrorists'

Philippine President Rodrigo Duterte said on Wednesday he would not talk to Muslim rebels who are fighting the military and occupying parts of a southern
city, and that he was determined to keep the Islamic State group out of the country.

Duterte's latest remarks on the crisis in Marawi City is a change in stance from last week, when he urged Maute militants to talk with him.

"I will not talk to the terrorists," he said in a speech to the military in Davao City on Wednesday.

Outraged by what he believes is insincerity towards a peace process he has started with communist rebels fighting a separate, long-running conflict, Duterte said its exiled leadership would be arrested if they came back to the
Philippines.

He has previously invited them to return home and even offered them government posts.