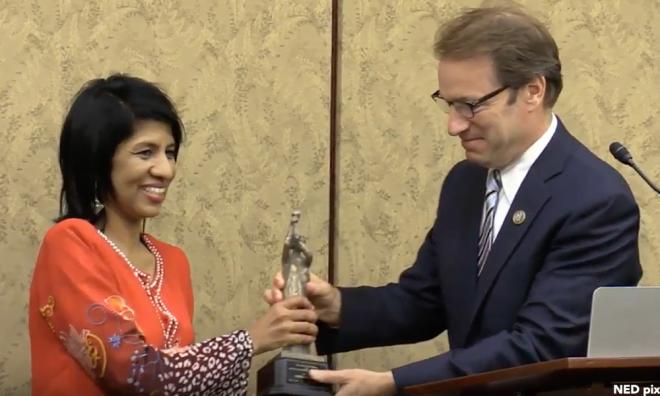 Cynthia Gabriel: I am ready to be called a foreign or CIA agent

Center to Combat Corruption and Cronyism (C4) director Cynthia Gabriel, who has received the US-based National Endowment for Democracy’s (NED) 2017 Democracy Award, says she is prepared to be accused of being a “foreign or CIA agent”.

“I am prepared for that, I am ready. I take inspiration from the American people, as the last couple of months American civil society has shown how important it is to keep our institutions independent,” she said at the awards ceremony in Washington DC last night.

“Keeping democracy alive is about promoting rule of law, and fighting corruption is about fighting impunity,” added Cynthia.