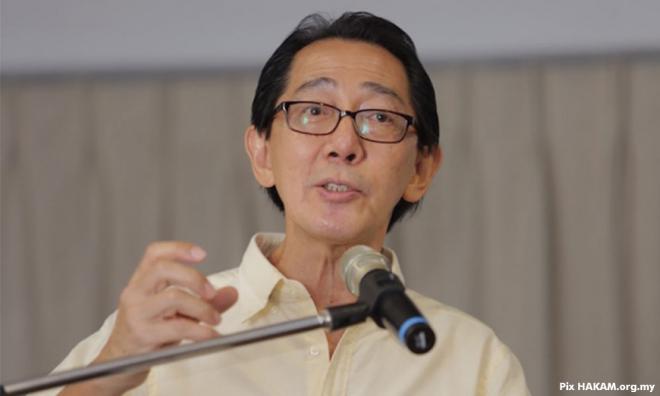 COMMENT | The leaders of Pakatan Harapan who insist that former prime minister Dr Mahathir Mohamad does not need to apologise for his arrest and detention of more than a hundred innocent Malaysians in October 1987 do not seem to realise the consequences of their actions.

If Najib decides to step down tomorrow in the light of the 1MDB scandal, will the Harapan leaders “forgive” him just like they have “forgiven” Mahathir?

Well, they may well be so relieved to have got rid of the Umno supremo that they “forgive” him, but what about the RM2.6 billion in his personal account or the alleged commissions in the RM7.5 billion Scorpene deal and all the other scandals? Can Najib then whistle into the bright sunset without having to say “sorry”?

This is what I am getting at - in human rights, democracy and justice, miscreant autocrats and kleptocrats cannot get away with impunity.

Impunity means "exemption from punishment or loss or escape from fines". It refers to the failure to bring perpetrators of human rights violations, rule-of-law flouters, and the corrupt to justice and constitutes a denial of the victims' right to justice and redress.

What’s hate got to do with it?

What’s hate got to do with it? Throughout my mature life, I have always criticised a person’s actions, never the person. As such, I never harbour hatred. It does not dwell in my body’s dictionary.

Now, if Mahathir apologises to Operation Lalang detainees and I refuse to accept his apology, then you could say I harbour hate in my heart.

But we are talking about the credibility of Mahathir being a "born-again" democrat. If he has indeed undergone a democratic transformation rather than merely wanting Najib out so that his son can rise up the political ladder, then we should embark on a process of reconciliation and clarity about the democratic space we want for Malaysia.

Thus, besides an apology, Mahathir should give testimony about how his thinking has changed from the time he was PM and now, and what that means for democracy.

Does he, for example, acknowledge that grave injustice was committed during Operation Lalang? Does he acknowledge that harm was done via the incarceration of key contributors who served the community in multiple ways?