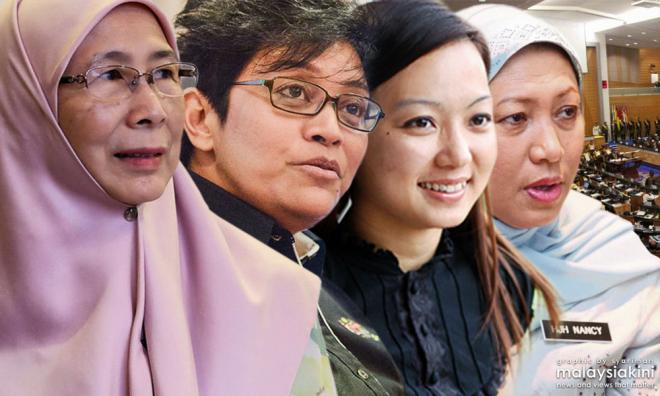 COMMENT | As the 14th general election approaches, will there be any significant change to the under-representation of Malaysian women in political office?

Will women continue to form 50 percent of all voters? Will all women’s wings of political parties be dutifully mobilized to win the hearts of the electorate? And yet, when the election is over and done with, only a very small number of them will hold any leadership positions.

Malaysia numbers 156th out of 190 countries in terms of women’s representation in parliament, according to the Inter-Parliamentary Union. The number of women elected to the Malaysian Parliament ranged from 1.9 percent in 1955 to 11.3 percent in 2008. Currently, only 10.8 percent of parliamentarians are women.

The federal cabinet has only three women ministers, while state cabinets only have one woman member in each of their executive councils with the exception of Selangor, Kedah and Perak with two women, while Terengganu does not have a single woman on its state executive council.

Based on the official websites of political parties, women’s representation in party leadership is highest within PKR at 26.7 percent, followed by Parti Bersatu Sabah at 21.4 percent, DAP at 12.5 percent, and Umno at 12.3 percent.

Gerakan is at the lowest spot with only five percent of women in its highest governing committee. Obviously, not much is being done to redress women’s under-representation within internal party structures themselves...