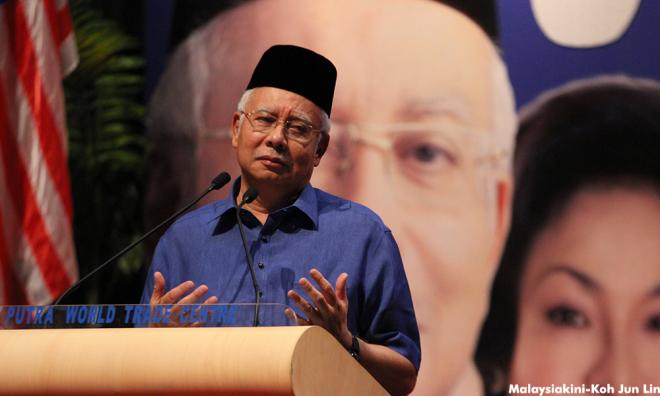 Najib Abdul Razak has reminded social media users to spread positive news about the country and not negative ones.

The prime minister said they should use their influence to help instill a love for the nation because they have a big responsibility as social media users and could influence the public.

Najib was speaking at the break-of-fast meal #MariBerjumpaRamadan in Kuala Lumpur today.

The posting about the event was put up on his blog www.najibrazak.com.

Najib said through the social media, he could interact and be close with the people, especially youths who mostly use the platform, without the limitations of protocol.

"Through the #MariBerhubung programme which was implemented in 2014, I have been able to reach out to many social media users and big names during casual sessions where we discussed current issues, and they were able to give their opinions and feedback directly to me," he said.

Najib was also confident the nation would produce a positive and caring society if everyone played their roles and carried out their responsibilities on the social media.

The event was also attended by several local artistes including Aznil Nawawi; social media celebrity Wak Doyok; fashion designer Fuzana Mokhtaza; Johan Ropi, the founder of Kilang Bateri cafe in Johor; and Kuan Chee Heng activists well-known for helping the poor who cannot go to the hospitals by providing a transport service at only 10 sen.

"To the children of SBJK, trust that the government will continue its commitment to look after your welfare. God willing, my family and I pray for your success in this world and the next," he said.