The US government has filed lawsuits aiming to seize a London penthouse allegedly acquired with funds from 1MDB, The Wall Street Journal (WSJ) reported.

Controversial businessman Low Taek Jho, better known as Jho Low, bought the penthouse, an office building and another flat, which are all located in the upmarket Mayfair district using £77 million (RM416 million at current rates) from Malaysia's state-owned fund.

This is according to a court document filed on June 7 by the US Department of Justice (DOJ) in the US District Court for the Central District of California.

In July 2016, the DOJ had filed a civil forfeiture suit in Los Angeles seeking to seize properties worth about US$1 billion (RM4.26 billion at current rates) linked to 1MDB, as part of the US$3.5 billion it says was misappropriated from the state fund.

The London properties are the latest in a string of houses, artworks and other assets scattered around the world that have been targeted for seizure by the DOJ.

DOJ added it believed these properties were “derived from violations of US law” and were involved with money-laundering offences, according to WSJ.

The office, acquired at £42 million in 2014, was the headquarters for Myla, a lingerie company in UK that Low also acquired with funds traceable to 1MDB, DOJ said.

According to the Companies House business registry, Low resigned as a director of Myla in November 2014.

The spokesman for Myla couldn’t be reached for comment, while Low and his lawyers didn’t respond to requests for comment, WSJ reported.

Low was previously reported to have claimed that he was the victim of political infighting in Malaysia and that he was only an informal adviser to 1MDB.

Lawyers for Low’s family have said they would contest the US asset-seizure lawsuits.

In its July 2016 civil forfeiture suits, DOJ claimed that a "Malaysian Official One (MO1)" had received US$731 million that originated from the troubled firm.

Prime Minister Najib Abdul Razak said in July 2016 that 1MDB was not directly involved in the DOJ report.

Malaysiakini is unable to independently verify the WSJ report. 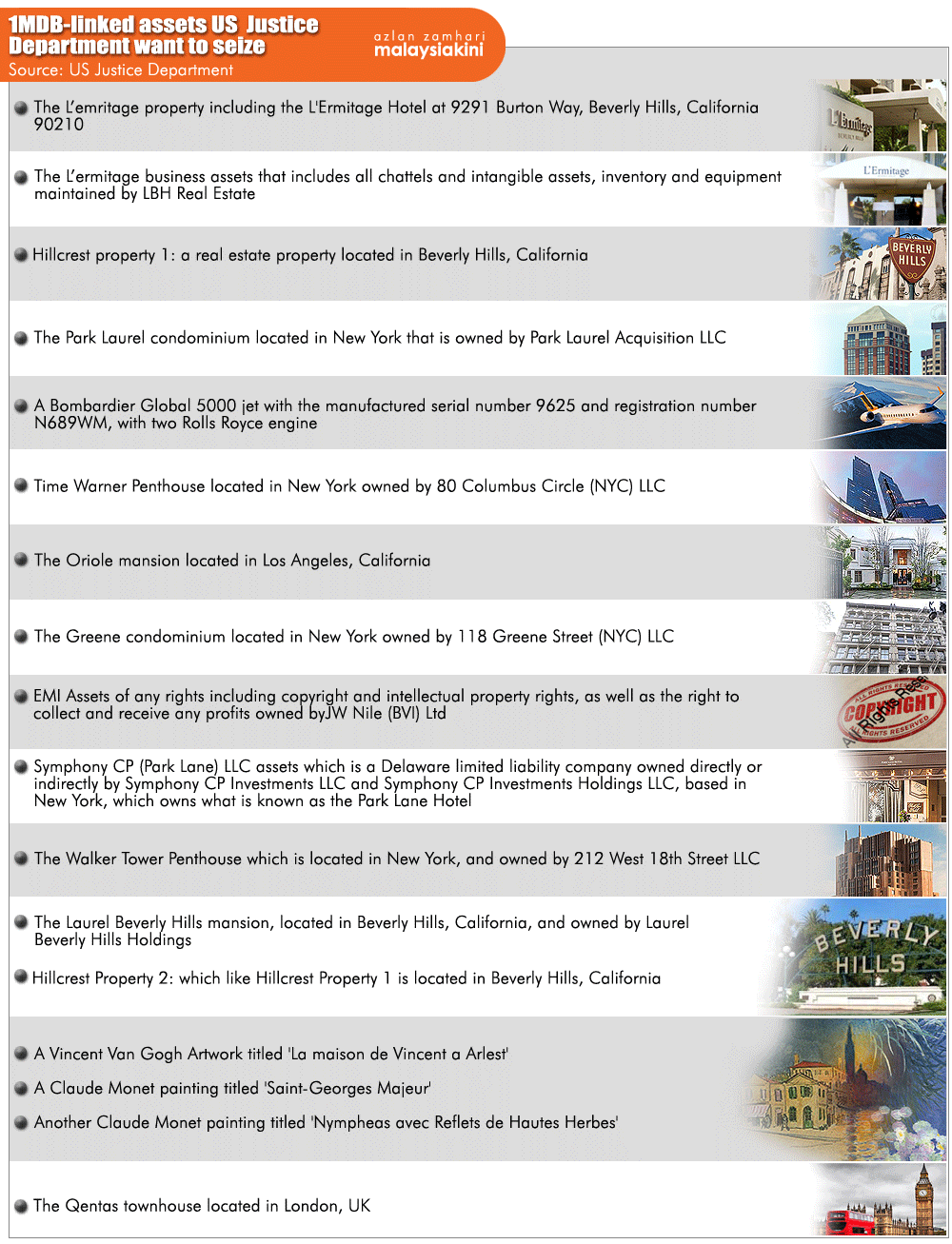